With its season on the line, Maryland men’s lacrosse came up clutch to force OT vs. Towson 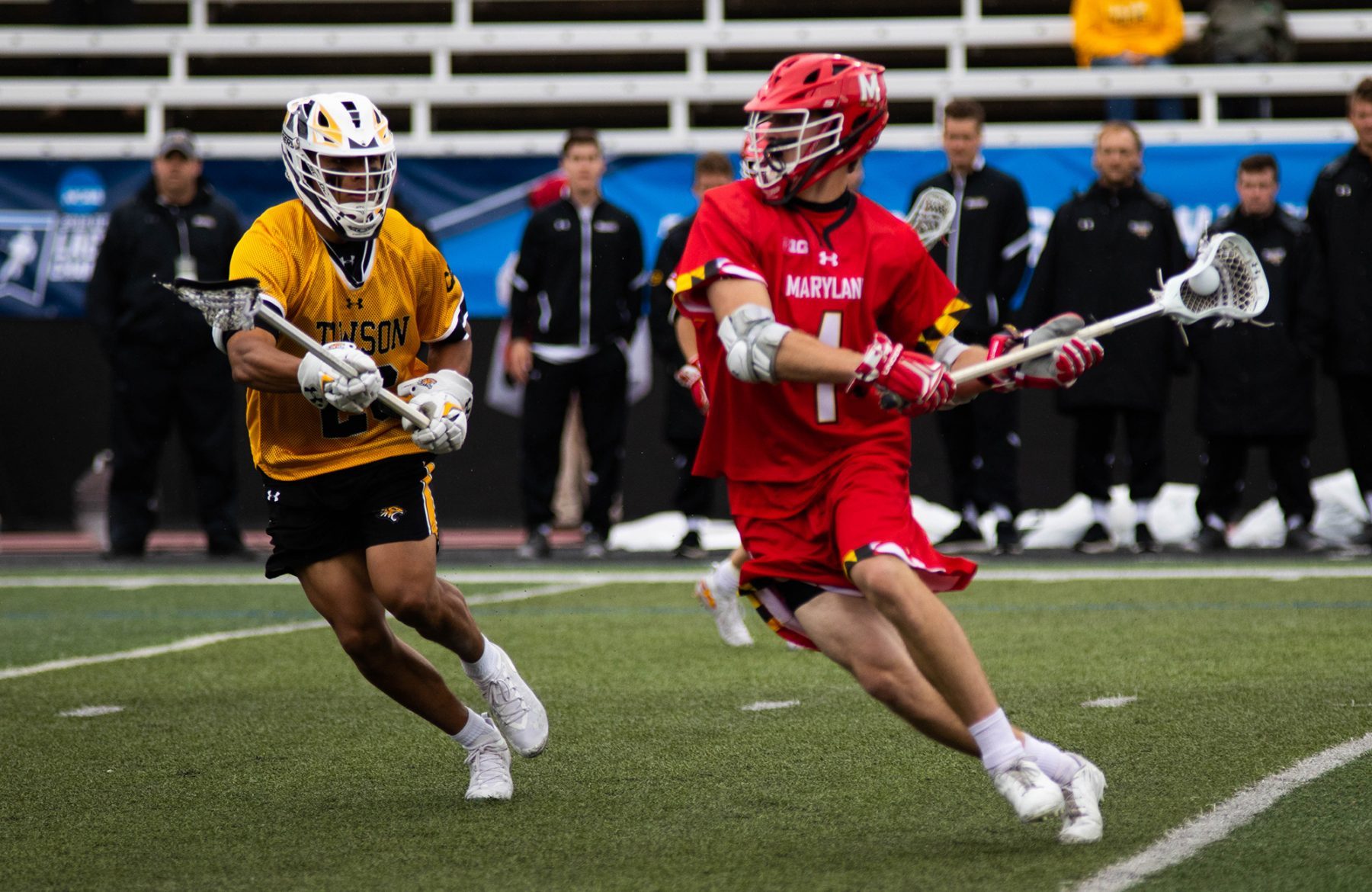 With the shot clock down to two seconds, and no time to set up a play from out of bounds, Towson attackman Luke Fromert flung the ball to the opposite side of the field, conceding possession on the impending violation so the Tigers could set up their defensive alignment.

Maryland men’s lacrosse had 23.8 seconds to find a crack in that positioning and ripple the net for the game-tying goal to send the game to overtime. The Terps expended 10 of them clearing the ball beyond Towson’s ride that was anchored at the 50-yard line.

The ball finally ended up across midfield and into midfielder Kyle Long’s stick, and Long sprinted over 30 yards before positioning himself to pick out a pass. Standing on the wing, the freshman remained composed in the dire situation, delivering a precise pass to attackman Jared Bernhardt, who finished from a difficult angle with 3.7 seconds remaining.

The unlikely but well-calculated sequence forced overtime, where the Terps rode the momentum to a 14-13 victory, continuing their season for at least another round in the NCAA tournament.

“We left them a little too much time on the clock,” Towson attackman Brendan Sunday said. “They came down, made a play and that’s just how things go sometimes.”

Sunday had given the Tigers a 13-12 lead with 1:50 left. With Towson faceoff specialist Alex Woodall commanding the X to that point, Maryland coach John Tillman was left to devise a defensive scheme should Woodall win the ensuing draw.

Tillman called a timeout to consider whether Maryland would employ a more aggressive approach, or try and survive through a conservative playstyle.

The aggressive style could have forced Towson into an error or a quicker shot. But it also could have meant surrendering an easy goal that would have buried the Terps in a two-score hole, which, given Woodall’s overwhelming success at the dot, would have likely been insurmountable.

“You’re trying to think a play ahead. They were just doing such a good job at the X,” Tillman said. “That was one that, you know, you don’t have a lot of time, but I went back-and-forth with.”

So Tillman opted for the conservative look and told his defense to allow Towson to waste time off the clock. After Woodall won the faceoff because of a Maryland violation, the Tigers did just that. Sunday cemented himself in the corner of the field as time ticked away until he finally initiated offense with eight seconds left on the shot clock and 32 ticks remaining in regulation.

After Sunday’s shot with just seconds left on the shot clock sailed wide, and Fromert fired the ball across the field and out of bounds, Maryland’s defense had come up with the stop it needed.

Defender Curtis Corley initiated the clear from the point where Fromert’s heave went out of bounds and passed to goalie Danny Dolan. The senior goalie dished off to defender Brett Makar, who threw the ball across to Long.

Following the clear, Corley, Dolan and Makar were all relegated to the role of spectators to the play that saved Maryland’s season.

“That was amazing,” Corley said. “I’m just kinda sitting in the middle of the clear. I watched Kyle catch that, go right down to Jared — right in.”

Attackman Louis Dubick, who would later become the overtime hero, was on the sideline when that play happened, as the Terps hadn’t yet substituted him on.

In a game full of highlight goals and back-and-forth runs, Dubick pinpointed two plays he’ll always remember: Bernhardt’s goal that was the culmination of a well-worked offensive set in the tensest of situations, and his overtime winner that extended unseeded Maryland‘s season.

“You can’t say enough about Jared making that play at the end, Kyle coming down, [the] defense,” Dubick said. “Standing on the sideline, watching Jared score that goal; that moment I’ll never, ever forget.”