This UMD drone could revolutionize how donor organs are delivered 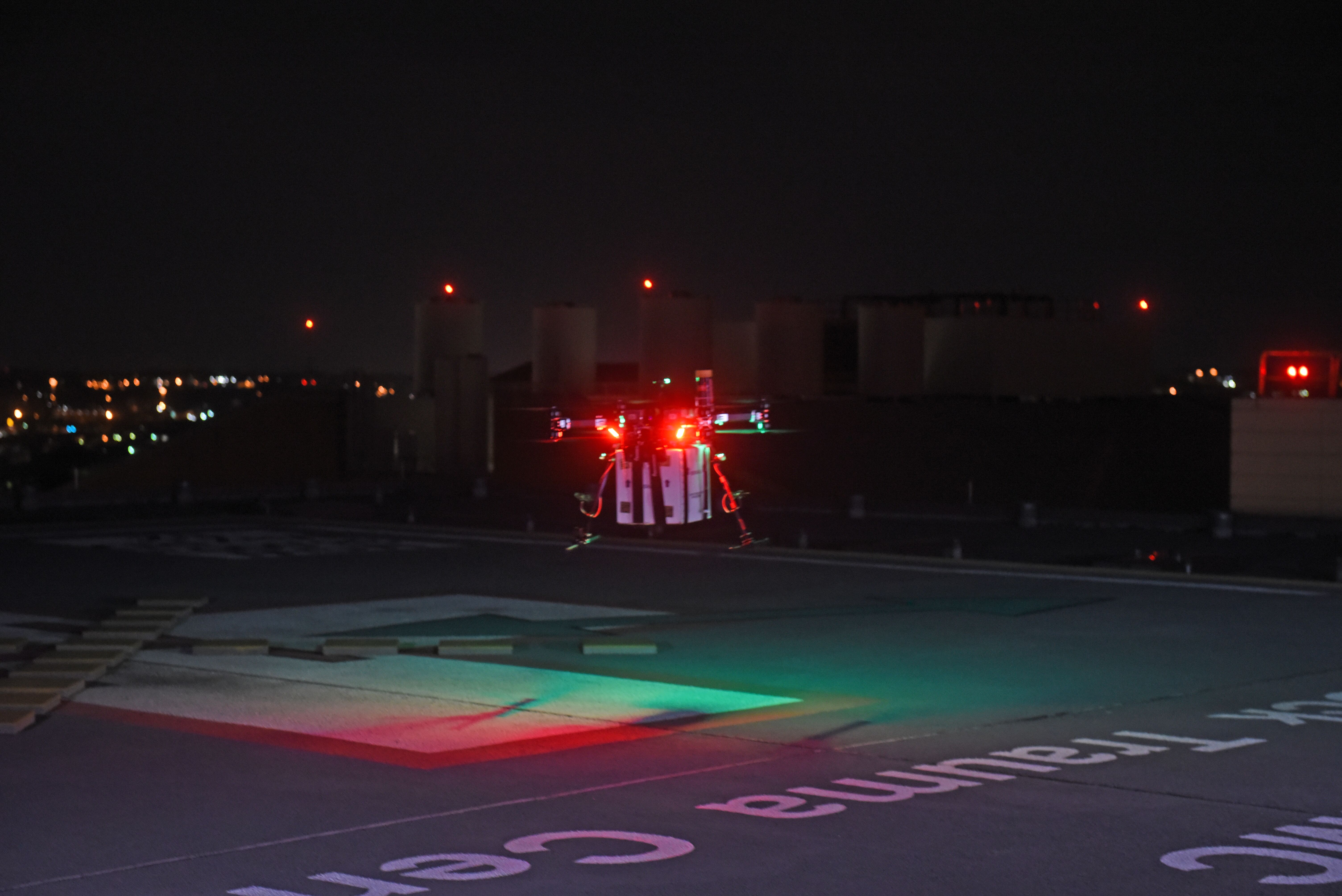 University of Maryland researchers designed a drone that successfully delivered a kidney on April 19, 2019. (Photo courtesy of Matt Scassero)

A 44-year-old Baltimore woman waited eight years for a kidney transplant. Last month, a drone created by the University of Maryland delivered one to her.

The April 19 delivery was the first time in history that an unmanned aircraft delivered a donor organ to a transplant recipient.

The flight, which was less than three miles, was a collaboration between this university’s aerospace engineering department and Unmanned Aircraft Systems Test Site, as well as transplant physicians and researchers at the University of Maryland Medical Center in Baltimore and the Living Legacy Foundation of Maryland, a non-profit focused on organ and tissue donations.

Norman Werely, chair of the university’s aerospace engineering department, said the drone model is step forward for technology and medicine. The drone will be able to deliver organs faster so that they’re better preserved, he said.

“We don’t have any control over when an organ is donated, and oftentimes an organ goes on a flight at 6 a.m., so if you have an operation at 1 a.m., it takes hours to get there and human organs are only viable to be inserted in the human body for a certain amount of time,” Werely said.

While the university handled the technological and aviation aspects, the University of Maryland Medical Center handled the medical aspects, said Matt Scassero, director of the UAS test site.

The drone features a variety of tools designed to aid in the movement of organs for long distances, including devices to maintain and monitor organs and a wireless network to provide information to the ground crew. The process — which included designing and creating the drone, as well as planning a flight pattern with the Federal Aviation Administration — took two and a half years, Scassero said.

“We had to design a custom drone because nothing would do exactly what we wanted it to do,” Scassero said. “Most of the other drones out there have multiple points of failure with this kind of payload.”

Scassero said they will continue to use more planes based upon the model of the drone used in this flight. He hopes to improve the drone by increasing aspects of the flight, such as the distance it can go.

“We are gonna continue working with the surgeon and the other partners to go further flights beyond the visual line of sight, more flight over people and through rural situations as well continue urban operations,” Scassero said.

Some students said they see the benefits the drone could have on the medical field.

“Before, if someone was on a transplant waiting list and there was an accident, they’d have to wait, but if we can get to them by drone it’s much quicker,” said Carolyn Payne, a freshman mechanical engineering major.

As many as 2,700 kidneys per year aren’t used, because they are no longer viable anymore after a long transportation process, Scassero said.

“We think this has huge viability of organs donated and getting them to recipients as quickly as possible,” Werely said. “There can be a decrease in delivery times and an increase in viable organs.”

And it was appropriate for this university to execute the first flight as it fits with their reputation as a “field of firsts,” Werely said.