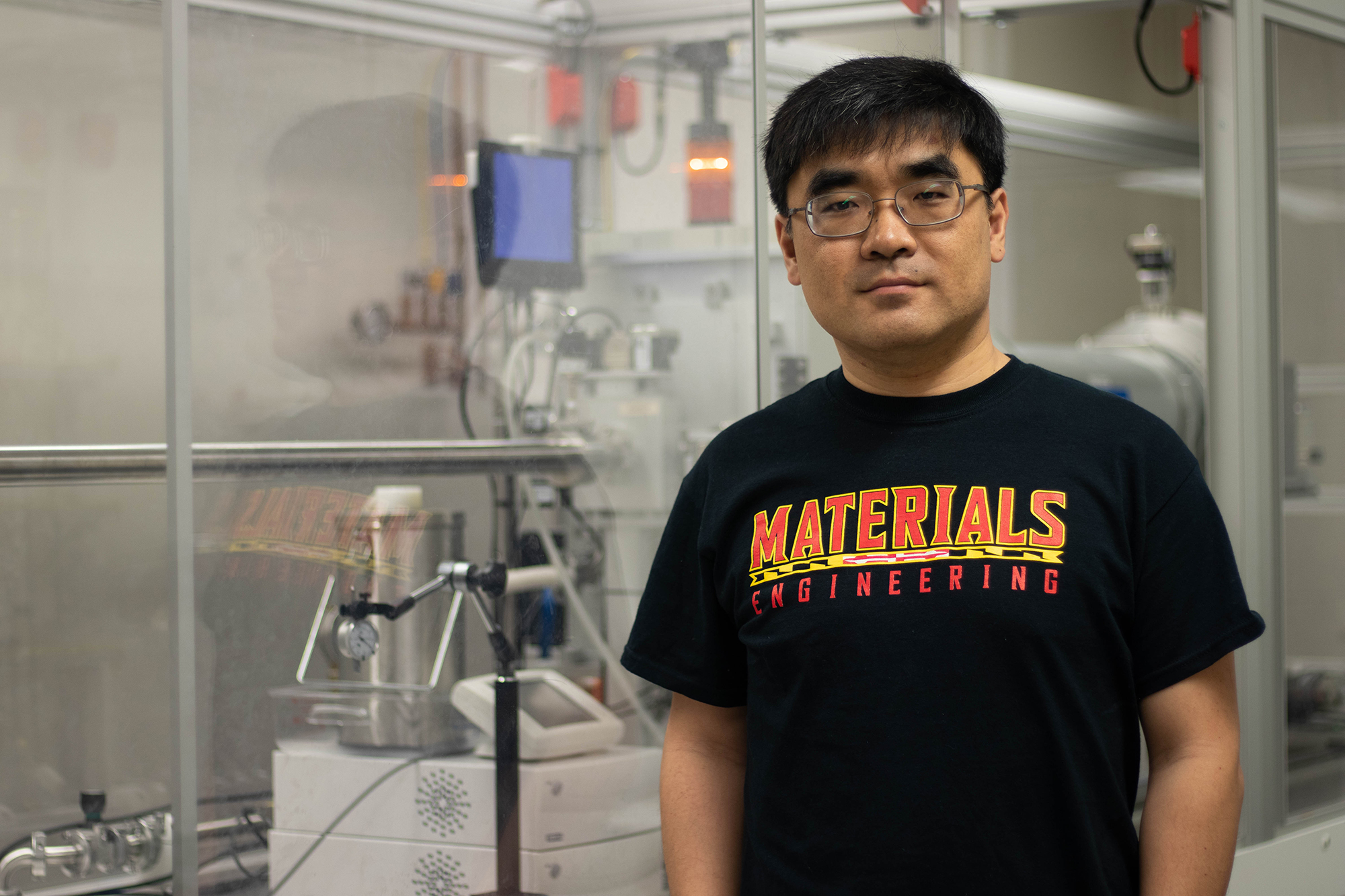 For years, scientists have been looking for new ways to use heat to generate electricity. University of Maryland researchers may have found it — with wood.

Using a material made from processed wood, researchers from two of this university’s engineering departments revealed in a paper published last month that they’ve found the most sustainable way yet to create electricity from low-grade heat — meaning temperatures lower than 100 degrees Celsius.

The technology “can drive ions from one side of the material to the other side as a method to generate electricity,” said Liangbing Hu, a professor in the materials science and engineering department and co-author of the paper.

Their paper is the first of its kind to demonstrate that scientists can generate power in a material made from wood rather than metal, said Tian Li, one of the project’s lead researches.

“There are existing technologies that are harvesting this type of thermo-energy,” said Li, a postdoctoral associate in the materials science and engineering department. “But they are not efficient enough.”

Li’s team removed lignin, a chemical property important to wood’s rigidity, and other chemical properties from a piece of wood. This was to isolate the cellulose — which is made up of very small, straight channels — and allow for the movement of ions, resulting in the production of heat.

And when a electrolyte solution was added to the material, the team saw positive ions — atoms with a net positive electric charge — move much faster than expected, while negative ions did the opposite.

As a result, the research teams were able to measure a much greater voltage from the wood-based material — almost double what has ever been measured in any material with a repetitive molecular structure, called a polymer.

“It has very wonderful thermoelectric properties,” said Xin Zhang, an assistant researcher in the materials science and engineering department and another co-author on the paper.

Generally, research like this is conducted with metals or metal-like materials, Li said — but hers is the first paper that proves this much voltage can be generated from a polymer.

The potential uses for harnessing this energy are great, she added. Low-grade heat is ideal for the researcher’s material and is abundant on earth — and with the new technology, scientists may be able to harness it to create electricity from virtually anywhere on the planet.

Using wood — a renewable resource that can be replenished by planting more trees — is better for the environment than using metal, Li added. And the process of cutting down trees to produce the material will result in new, younger trees — which process the carbon in our atmosphere at a faster rate — being planted, she said.

“We are trying to push for a more efficient way [to create energy like this] compared with the previous technology,” Li said. “The higher efficiency of heat harvesting … is very critical. It is the motivation for the work.”