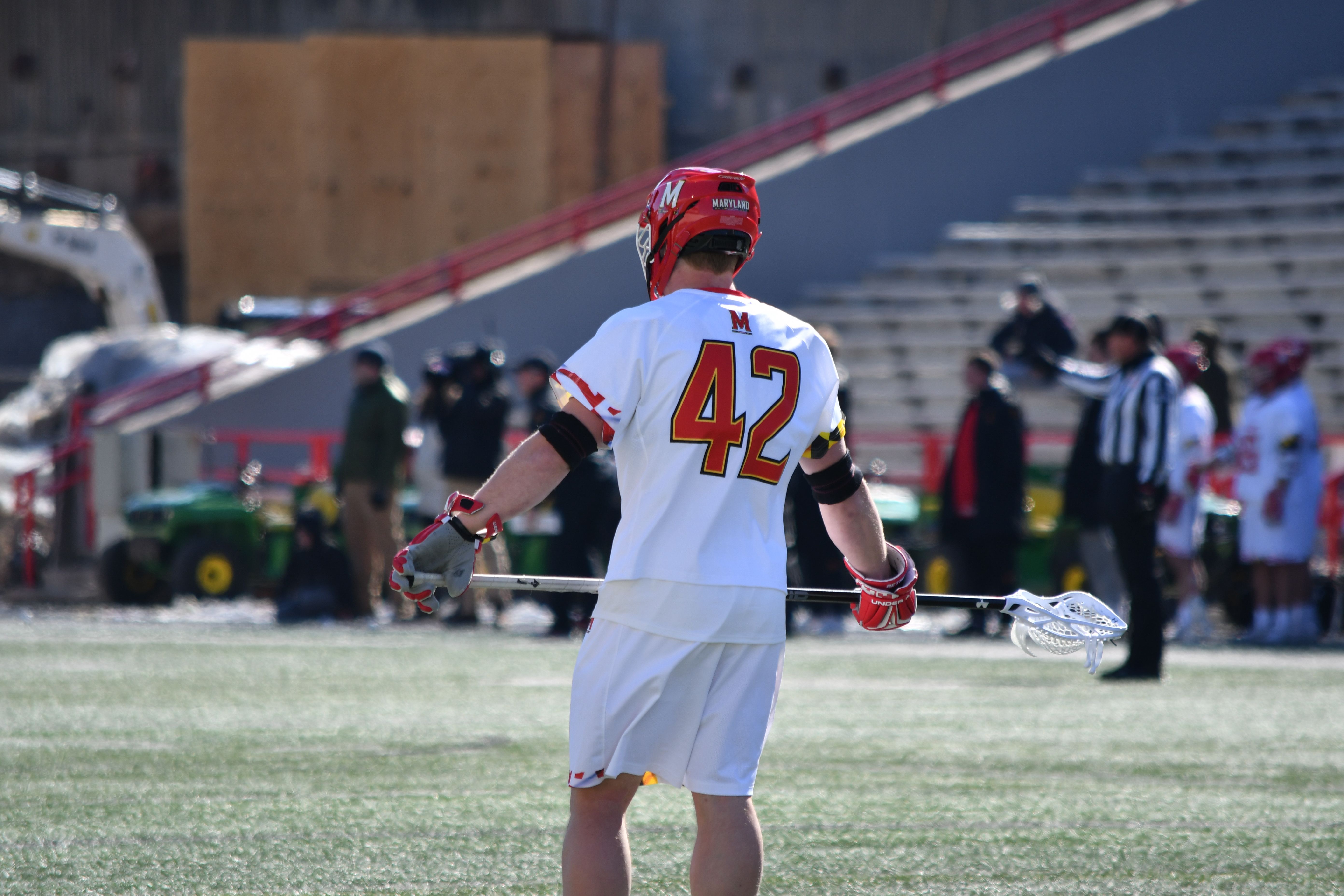 After Johns Hopkins claimed a 16-11 victory over Maryland men’s lacrosse Saturday, both teams lined up opposite of each other for the presentation of “The Rivalry’s” crab-shaped trophy.

The hardware is awarded to the winner of the regular season matchup, who keeps it until their next loss in the series. On their home field, the Terps were forced to watch the trophy change hands for the first time since 2015.

Despite winning the memento back, the Blue Jays expect to see a revamped Maryland team when they meet in the Big Ten tournament semifinals on Thursday night in Piscataway, New Jersey.

“We’re going to see a new Maryland,” Johns Hopkins defender Patrick Foley said. “It’ll be something to definitely look back on — but right now, what’s in front of us is another Maryland team on Thursday.”

Maryland coach John Tillman, meanwhile, said his team will scrutinize the film to address the issues that surfaced on the field.

With a quick turnaround before taking the field again on Thursday, Tillman’s team has a host of areas to improve. The team was badly outshot, lost the faceoff battle, committed more turnovers than the Blue Jays and recovered fewer ground balls.

“We’re going to have to look at the film, and guys are just going to have to deal with it,” Tillman said. “Look and say, ‘All right, these are some mistakes we made.’ It’s not a personal attack. We’ve just gotta clean these things up.”

The film from early in the game will offer encouraging signs, as the Terps jumped out to an early 5-1 lead. But the home team couldn’t sustain it; Maryland’s attack suffered four scoring droughts that lasted at least eight minutes.

During those spells, Johns Hopkins applied relentless pressure, firing 29 shots on goal to overwhelm the defense. Maryland succumbed to the pressure 16 times — the most goals allowed for a Tillman-led team since 2013.

“I thought we did a good job defensively. I think they helped us a couple times with some turnovers that are characteristic of them,” Johns Hopkins coach Dave Pietramala said. “I’m sure we won’t see those on Thursday.”

The Blue Jays must shift their attention forward, as they need another win to improve their chances of earning an NCAA tournament berth.

Pietramala expects to see a different team Thursday, and Maryland senior captain Curtis Corley believes his squad will be equipped with the necessary adjustments when the two sides do meet again

“It’s going to be a really good learning point for us. Just lucky that it’s not the end of our season, and we can keep battling,” Corley, a defender, said. “To get that second shot at them… we’ll be ready.”