Maryland men’s lacrosse stays at No. 2 in rankings after beating Ohio State in OT 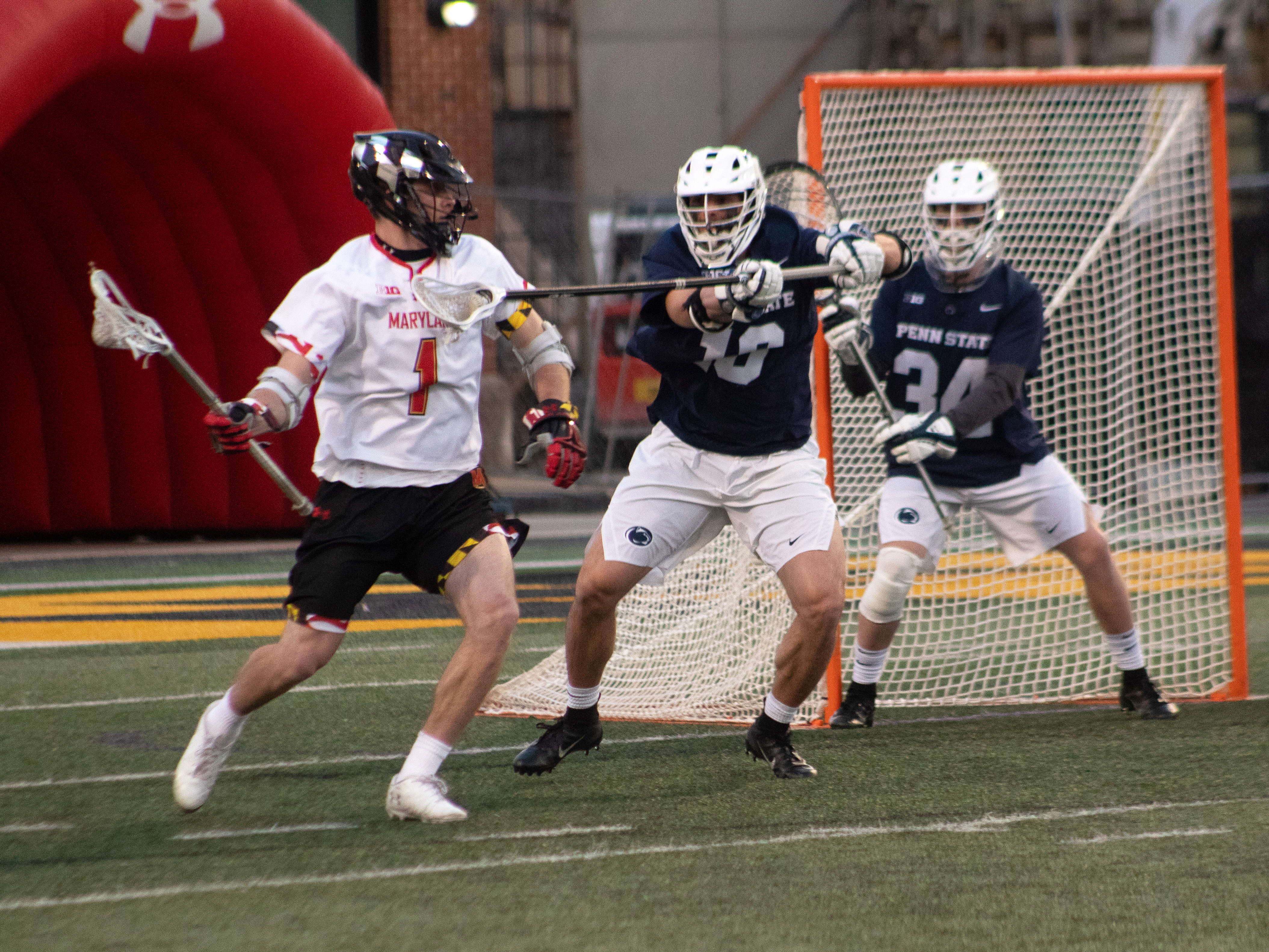 Attackman Jared Bernhardt battles a defender during No. 3 Maryland's 13-10 loss to No. 1 Penn State at Maryland Stadium on March 31, 2019. (Tyrin Gray/The Diamondback)

Entering the final week of its regular season, Maryland men’s lacrosse remained the No. 2 team in the latest Inside Lacrosse media poll released Monday.

The Terps (11-2, 3-1 Big Ten) avoided a drop in the rankings, outlasting then-No. 9 Ohio State in overtime Saturday with a 10-9 win. The Buckeyes dropped one spot to No. 10 in the poll, and Penn State continued its run atop the rankings as the Big Ten retained three teams in the top 10.

Despite Maryland staying at No. 2 in the rankings, it made a big leap in the RPI rankings, also released Monday. In the RPI rankings, which are part of the formula in NCAA tournament seeding, the Terps improved from No. 8 to No. 3 with the top-10 victory.

On Saturday, Maryland will face Johns Hopkins — which fell outside of the top-20 rankings due to a 20-9 road loss to the top-ranked Nittany Lions — at Maryland Stadium. The Blue Jays enter the heated rivalry against the Terps having suffered their worst margin of defeat since 2017.