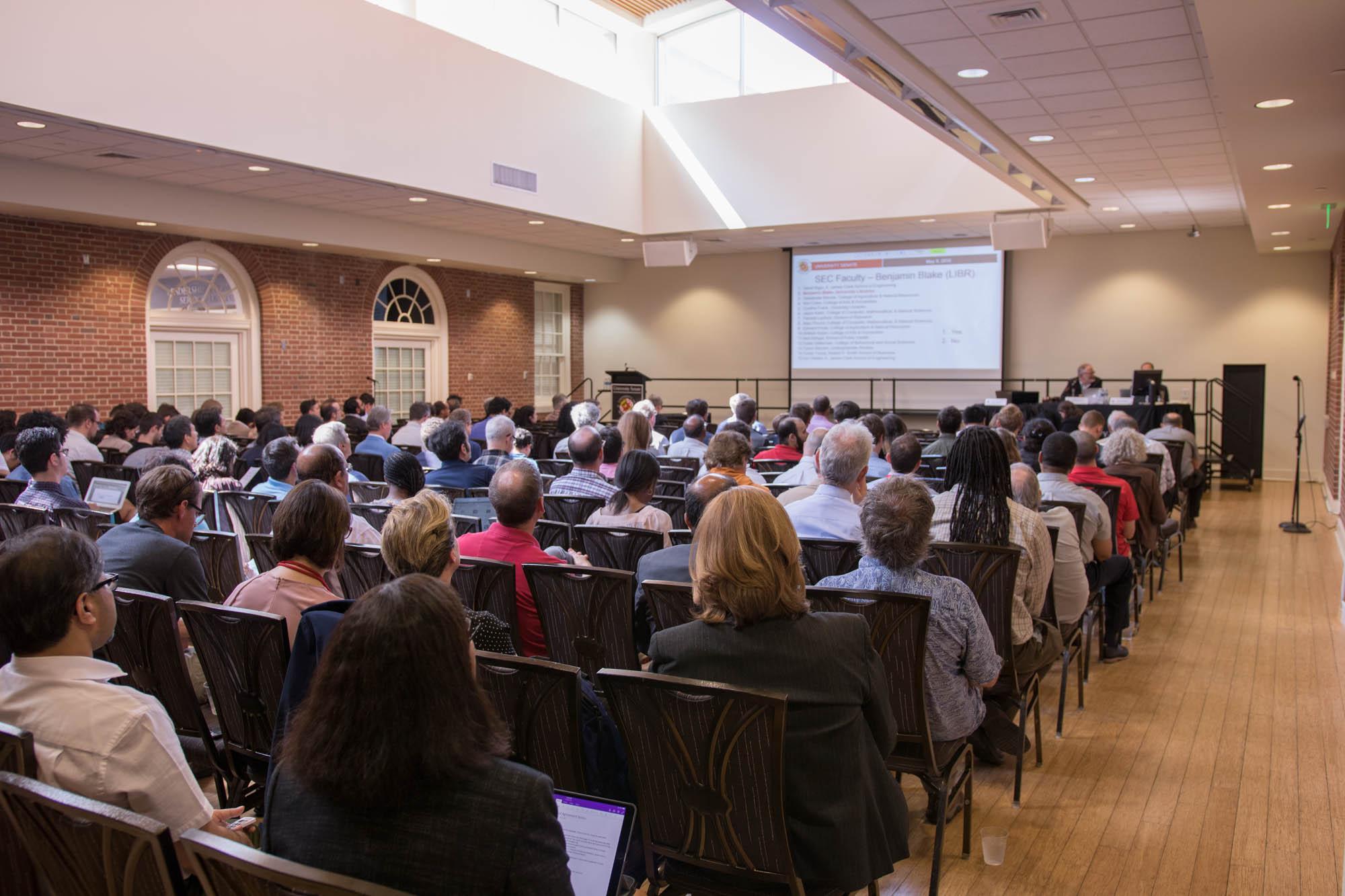 A group of University of Maryland student senators-elect will soon have the chance to propose and contribute to legislation during a crucial period in the search for this university’s next president.

Many student candidates ran on a platform of addressing specific policies, while others aimed to give their departments more of a voice. Nearly all of them said they were excited to learn how the senate operates from the inside.

Sophomore nutrition and food science major Olivia Brady said it was important for her to run because she thinks her major is sometimes overlooked.

“I feel like the resources for nutritional sciences majors, food sciences majors [and] dietetics majors are a little more limited than other majors on campus,” she said.

She also wants to address high lab costs, which she thinks are a deterrent for students to pursue those majors.

“I’m most excited about learning how the process works and being able to represent not just nutritional science students but anyone in the agriculture school, as it is such a small college compared to the rest of the campus,” Brady said.

Student senators have struggled with attending meetings more than any other group represented in the body.

Chair-elect Pam Lanford advised senators to take the time to read legislation and discuss important senate issues prior to meetings.

“To me, the power of your individual presence in that body is acute,” she said. “It’s so important that you come into it with the idea that you have influence in the institution. And this is our chance to participate and do it.”

Stephen Kenny, a sophomore government and politics major, served on the senate last semester, but was in the unique position of campaigning for his second term as he studied abroad this semester in Berlin.

His main technique was sending texts, emails and using social media and messaging apps to connect with his constituency more than 4,000 miles away. When he’s on the campus, he prefers face-to-face conversation about the issues that matter to him — such as textbook affordability, funding for the Department of Transportation Services and high-quality health care for students.

Kenny considered dedicating his time to other governing bodies, but decided the senate was the best place to focus.

“I thought about running for the SGA, but their power is limited severely in all but club funding,” he wrote in a message. “The senate is lesser known but directly advises the president, which appeals to me.”

Some graduate student senators-elect said they viewed the opportunity as a way to inform their studies while also representing their departments.

Doctoral student Britt Starr is in the second year of her English doctorate program. As someone who studies government and language on a daily basis, she was interested in joining the senate to get a concrete look into many of the issues she’s examined in the abstract, while still making an impact.

“It’s applying my theoretical lenses to see how things actually unfold and what is going on in the room where decisions are made,” she said. “I hope that I’ll be able to speak up for issues of social justice and hold power accountable to whatever extent possible.”

Montfort said she’s excited to meet the new senators-elect and “put a face to the name” when they are inaugurated at the May 7 meeting.

“No two years on the senate are ever alike,” she said. “It’s always interesting to see what the next year has in store.”