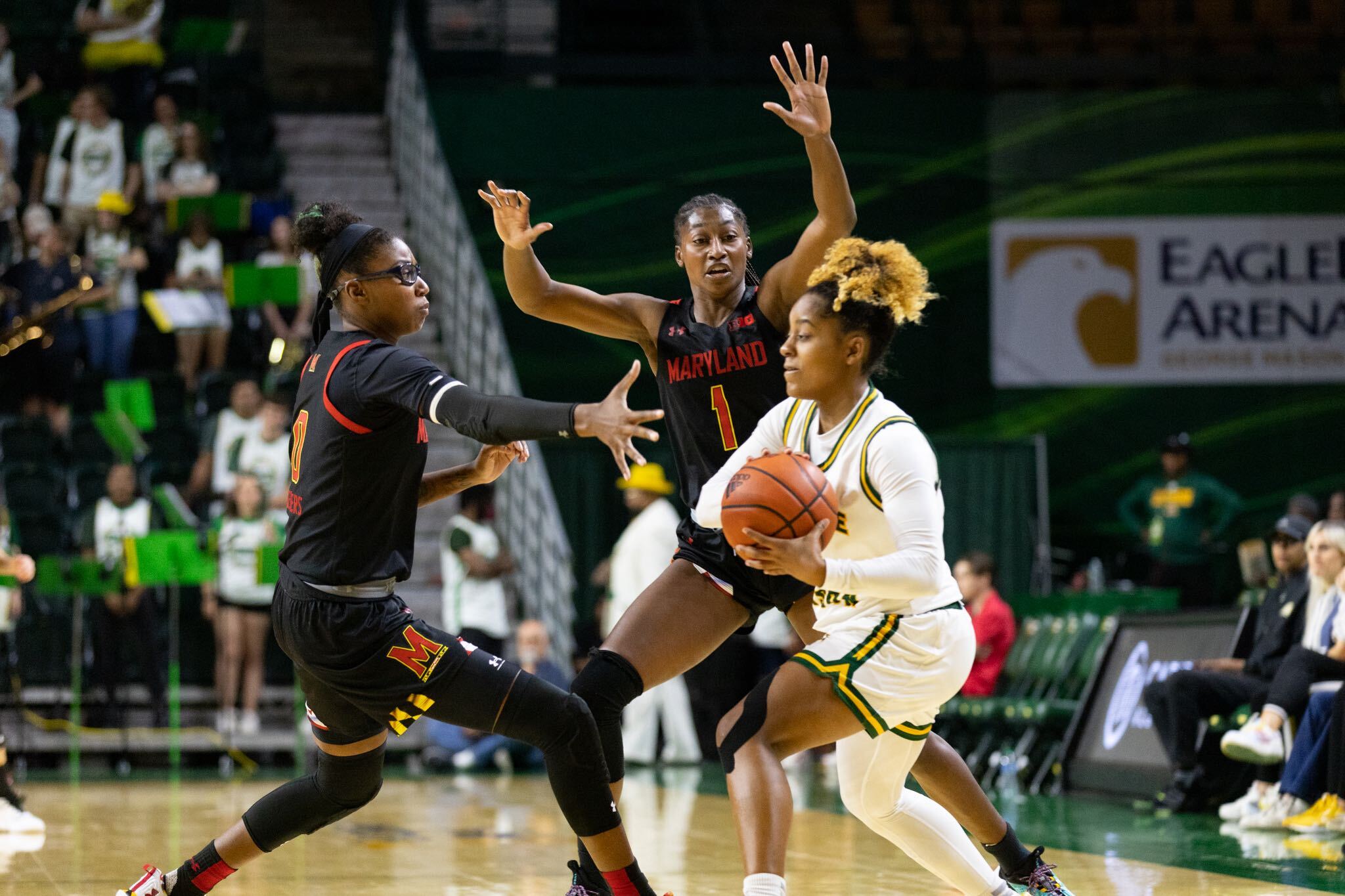 After a 30-point fourth quarter from Nebraska led to Maryland women’s basketball losing its Big Ten-opener and third game of the season in December, coach Brenda Frese said there was “a lot of disappointment” in the locker room after the game.

Seven weeks later, the No. 10 Terps stepped out in Lincoln, Nebraska and downed the Cornhuskers 69-54 to cap off their road trip with their third consecutive victory. The difference in outcomes between the two games highlighted Maryland’s defensive development this season after early struggles with consistency.

“Just a terrific response from the last time we played Nebraska,” Frese said. “I loved the mentality we came out with, both ends of the floor, but defensively to hold them to a half like we did I thought was really important.”

Frese’s squad showcased its improvement on the defensive end by allowing just 14 points in the first half, the least Nebraska scored all season.

The Terps used their length to limit passing lanes and open looks on the basket. Their aggressiveness on defense paid off, the Cornhuskers went scoreless for more than three minutes at the end of the first quarter.

Nebraska’s Isabelle Bourne attempted to end the drought with 1:42 remaining in the opening quarter, but when she moved into the paint for the layup, Shyanne Sellers leaped into her path and tipped the ball away from the basket.

“We were very conscious of that they wanted to play inside out, so finding their posts and just having good help side, just having each other’s back and being aggressive,” Sellers said.

That defensive tenacity translated to five blocks and 11 steals — all while holding Nebraska to its second-lowest shooting percentage this season. Maryland scored 22 points off 22 turnovers, and 13 of those points came in the second quarter.

The Terps have become more connected on defense throughout this season by focusing on the scouting report, allowing them to mix up their styles of defense, Frese said.

“The first time we played them they shot so many threes, and they were hitting them,” Diamond Miller said.

Nebraska made 48 percent of its attempts from behind the three-point line, finishing the game with more than a third of its 90 points coming from three-pointers.

“We didn’t want that to happen this time,” Miller continued. “So we were just extra focused on the scout, and we just executed the game plan.”

On Sunday, the plan worked. Maryland allowed just five three-pointers on 27 attempts and only one made-three in the first half. It held Nebraska to 18.5 percent from behind the arc, the lowest percentage of any of Maryland’s opponents this season.

“Super proud of our defense,” Frese said. “I thought we set the tone just initially from the tip.”