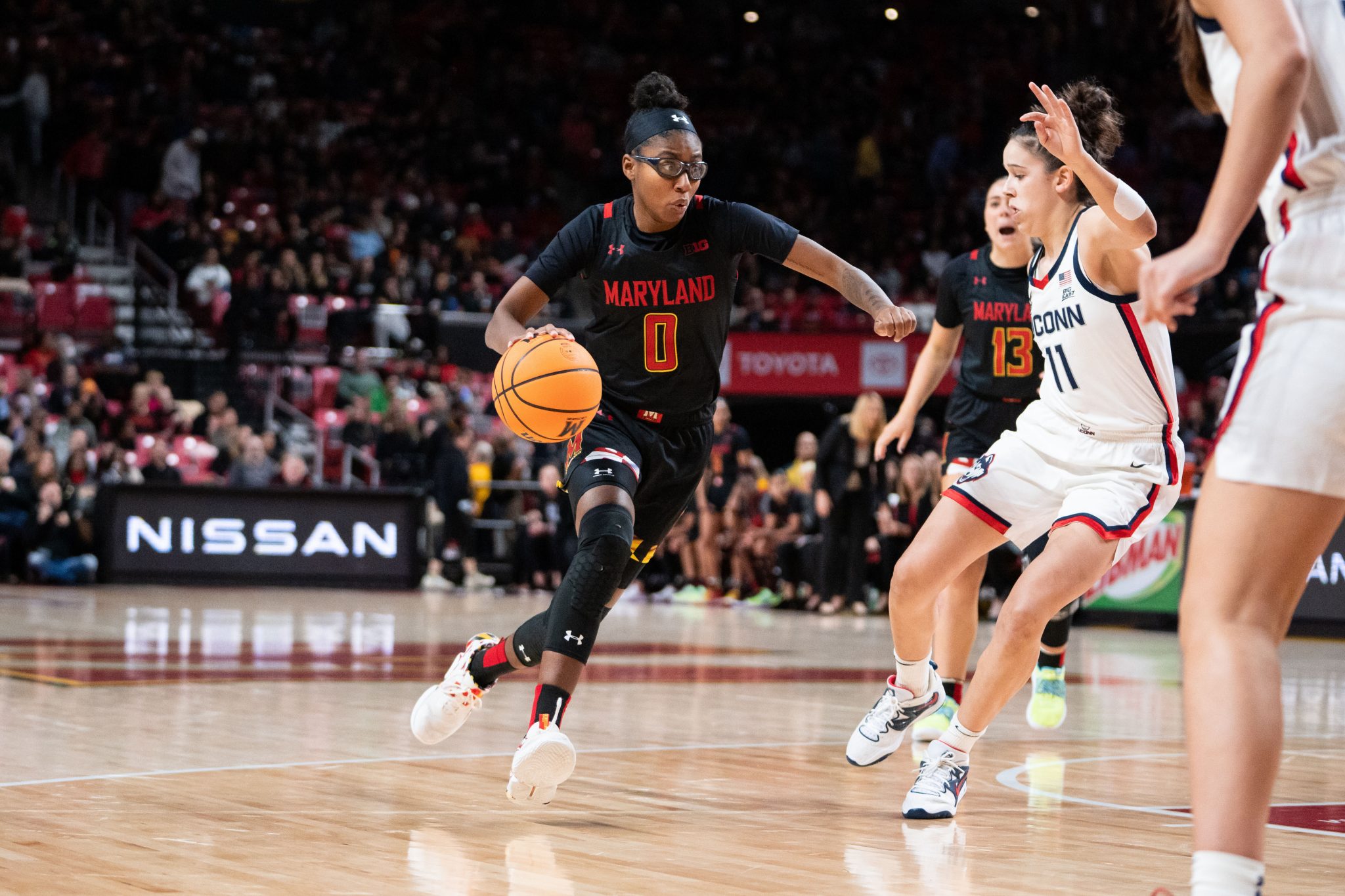 December seemed like a distant memory Sunday in Lincoln as No. 11 Maryland women’s basketball cruised to a 69-54 against Nebraska.

When these two sides last met, the Cornhuskers marched into College Park and handed the Terps a 23-point loss to kick off Big Ten play. But at Pinnacle Bank Arena, Maryland (16-4, 7-2 Big Ten) held Nebraska (12-8, 4-5) to its third-lowest scoring output of the season.

“It left a sour taste in our mouths after the last loss,” Diamond Miller said. “So coming out today we just wanted to punch hard, and I think we did that.”

Miller and Shyanne Sellers were the only Maryland players to reach double-digit scoring Sunday, but the Terps didn’t need much more. Miller alone had one more point than Nebraska’s entire team at multiple points early in the third and finished with 18. She also scored more in the first half (14) than she did through 40 minutes (13) when the teams first met.

Sellers, who stated her desire to win defensive player of the year before the season, made several defensive highlight plays, including a help-side block on a wide-open Isabelle Bourne under the basket. Offensively, she had a game-high 20 points and a team-high 11 rebounds.

“We’re at our best when we play fast and play together,” Sellers said. “So that’s kind of where we’re at right now — just staying on the same page, even when things aren’t going our way.”

Nebraska’s starting lineup was nearly identical to the one it used in its first matchup with Maryland, with graduate guard Sam Haiby being the only change.

However, Haiby’s insertion did little to help the offense. She finished with nine points and 12 rebounds. Meanwhile, Shelley and Bourne had just 15 points between them after combining for 47 points in December. Shelley notched a team-high 10.

A dismal first half cost the hosts; the Cornhuskers went 4-for-24 from the field, 1-for-11 from three and missed six of its 11 free-throw attempts. The result was back-to-back single-digit scoring quarters for just 14 points after 20 minutes.

“Just a terrific response from the last time that we played Nebraska,” coach Brenda Frese said. “I loved the mentality we came out with, especially defensively to hold them to a half like we did I thought was really important.”

The home side had a better second half, scoring more in the third than in the first half combined, with Shelley and Kendall Coley sparking the offense. But even with Shelley and Coley’s contributions and a five-and-a-half minute Maryland field goal drought, Nebraska could only cut its deficit to 21.

With Maryland leading big in the fourth, Frese gave all four freshmen extended minutes off the bench. The most memorable moment capped a frenetic second quarter; Bri McDaniel wrenched the ball away from Shelley, weaved in and out of the Cornhuskers’ defense and banked in a reverse layup at the buzzer to make it 37-14 at the break.

“We’re super proud of how much she has grown this season,” Miller said of McDaniel. “We’re just really excited to see what she could do, and that little segment is her in a nutshell.”

The Terps did an excellent job of drawing fouls as four Nebraska players picked up at least two fouls by halftime, with Bourne picking up three fouls with four minutes left to play in the second quarter. Alexis Markowski spent much of the second half on the bench after picking up her fourth foul midway through the third frame.

Nebraska tied for a season-high 22 turnovers, nine of which came in the second quarter. The Terps converted on those mistakes and notched 17 points off turnovers to the Cornhuskers’ zero in the first half. Maryland finished with a 22-4 turnover advantage.

Neither team was productive from behind the arc to start the match. Shelley made Nebraska’s first three of the afternoon about two minutes into the second quarter after it missed its first six looks. Maryland also failed to score from deep in the first quarter until Lavender Briggs connected from the corner two possessions after Shelley’s make.

The matinee victory means Maryland is now 8-1 on the road, an impressive mark in one of the most competitive conferences.

“It’s hard to go on the road and win,” Frese said. “To have that kind of win record, you can see we thrive in it. It’s a great sign as we move ahead within the schedule.”