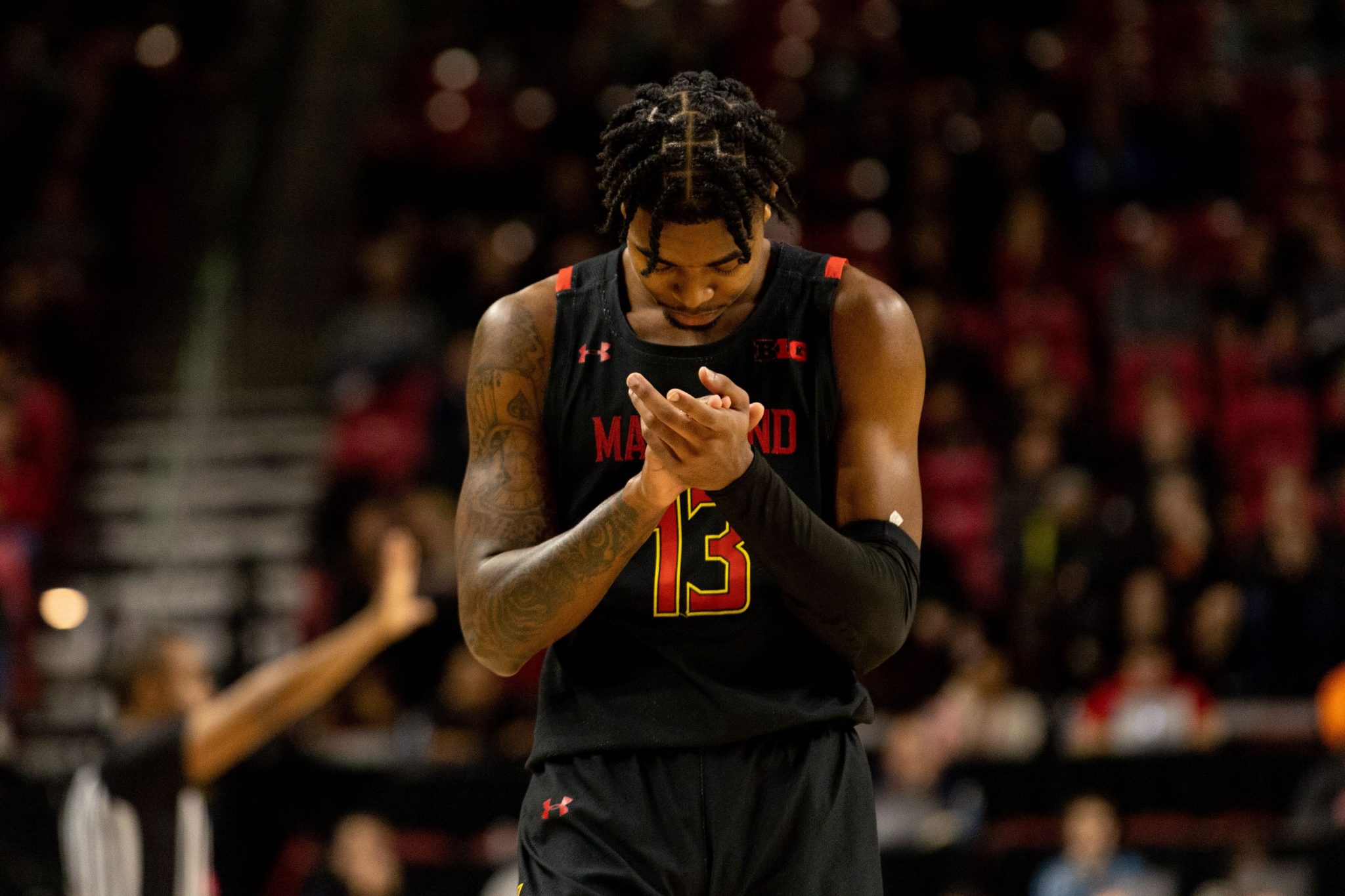 Hakim Hart knocked the ball away from Connor Essegian and drove down the court before finding Jahmir Young with a simple pass.

The Terps began an extended home stand against conference opponents by extending their win streak in College Park to five.

Coach Kevin Willard’s squad put together multiple lengthy runs of makes that resulted in their best shooting performance since an 88-70 win against Miami on Sept. 20, 2022.

Maryland finished the game shooting 56 percent from the field and 42.9 percent from three, the Terps’ second-best mark of the year in both categories.

“I believe we’re all great shooters, so just stepping into our shot and being confident is something that we’re trying to focus on,” Young said. “They haven’t been falling on the road or earlier in the season, but eventually it’s gonna turn around. Just taking good ones, taking open ones and being unselfish is really what we’re trying to do.”

Maryland made seven straight field goals toward the beginning of the game, including three-pointers from Donta Scott and Young. It needed the hot start to keep up with a Wisconsin team that started 7-for-8 from the field.

But both squads recorded scoreless droughts of over four minutes directly after their electric starts — the Terps’ dry spell lasted over six minutes until a Don Carey free throw.

However, Maryland’s shooting touch returned to close the first half and the Terps went on a 12-0 run to take a 32-28 lead into the break. Willard’s squad turned its defense into offense during the run, with Hart’s steal leading to Young’s fastbreak layup.

Hart recorded a season-high five assists in just the first half and finished with a career-high eight dishes — five of which were to Julian Reese. Willard said that he tried to exploit Hart’s matchup with Jordan Davis due to the absence of the injured Max Klesmit, who the coach called one of the best defenders in the Big Ten.

“[The matchup] was definitely an emphasis,” Hart said. “I felt like I could get in the paint a lot, just finding my teammates and, you know, they’re gonna knock it down.”

Reese, a beneficiary of Hart’s ball movement, asserted himself on the inside throughout the game and finished with 14 points on 7-for-8 shooting.

The sophomore was a massive part of the Terps’ efficient start to the second half, notching two dunks and a layup consecutively as Maryland expanded on its slim halftime advantage with eight straight made field goals to start the latter frame.

[Maryland men’s basketball falls just short of upset in 58-55 loss to No. 3 Purdue]

A Scott fastbreak layup capped off a quick 6-0 Terps run to give Maryland a 13-point lead five minutes into the second half. Willard’s squad kept the Badgers at bay throughout the second half and maintained their lead that hovered around double digits by getting to the free throw line.

Maryland recorded 14 free throw attempts to Wisconsin’s seven and converted on 11 of them. Young led the way by making all four of his attempts from the charity stripe and finished the night with 22 points on 8-for-15 shooting from the field.

The Charlotte transfer capped off his fourth 20-point performance in his last five games with a triumphant slam dunk on Hart’s eighth and final assist.

The Terps’ efficient shooting performance, their second-best of the season, helped them secure revenge over the Badgers, who handed Maryland its first loss under Willard earlier this season when his squad shot just 38.2 percent from the field.

Maryland faced no such problems this time, emerging with a victory over a conference opponent behind a balanced scoring attack, with four starters scoring 13 or more points.

“The big thing for me is when you play those teams you have [two games against] you gotta get a split,” Willard said. “Like, you know, go on the road and you lose and come home, you really got to get split, that makes up for a lot … Wisconsin didn’t see our pressure the way they saw it at home.”