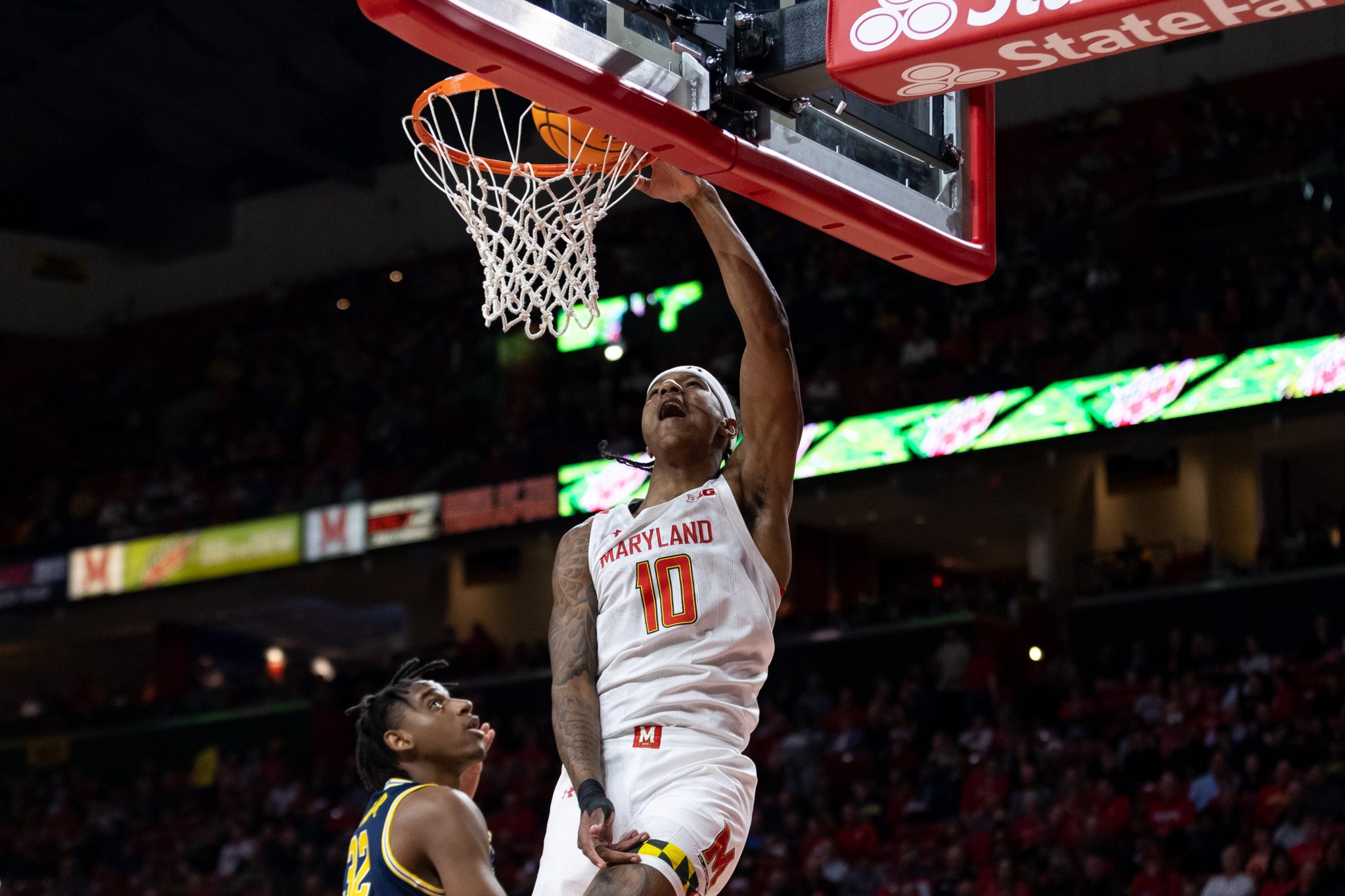 Julian Reese received the ball in the post with 7-foot-4 center Zack Edey at his back. He took one dribble before turning to his right and rising over Edey. His high-arcing turnaround shot fell through the nylon and cut Purdue’s lead to three with under four minutes to go.

Reese’s crafty shot was the last make from either team as the Terps and Boilermakers combined for 15 straight misses from the field to end the game and Maryland men’s basketball narrowly fell on the road to No. 3 Purdue Sunday, 58-55.

While the sophomore and the Terps failed to slow Edey on the defensive end — the center notched his 12th 20-point game of the season with 24 points and 16 rebounds — Reese led the way for Maryland offensively with a team-high 19 points in his 50th career game for the Terps.

Despite being listed as seven inches shorter than his opposing center, Reese was aggressive in the paint and attacked Edey and the Boilermakers with a combination of mid-range jumpers, layups and dunks. He finished the game 8-for-11 from the field and sank all three of his free throw attempts.

[Maryland men’s basketball falls just short of upset in 58-55 loss to No. 3 Purdue]His performance was his best since dropping a career-high 24 points earlier this season against Coppin State on Nov. 25, 2022, and his most-ever points in a Big Ten game despite going up against a leading candidate for national player of the year in Edey.

“The way [Reese] battled, and I think offensively, the way he’s played too, he was really giving us a good boost. I think he’s playing with more offensive confidence,” coach Kevin Willard said.

The sophomore was reliable early on even as the Terps’ offense labored throughout the first half. Reese scored nine of Maryland’s 21 first-half points despite picking up two early fouls
and went 4-for-5 from the field while only one other Terp scored more than one field goal.

The Terps’ top-scorer on the season, Jahmir Young, failed to record a single point and went 0-for-7 in the opening 20 minutes. However, Young joined Reese in spearheading Maryland’s second half comeback and the pair each scored a team-high 10 points in the latter frame.

The two worked in tandem as well — three of Young’s seven assists ended with buckets by Reese.

Reese finished the game with a season-high offensive rating of 160, a KenPom stat that measures the number of points produced by a player per 100 total individual possessions. The mark is the fourth highest of his career, and Reese notched more minutes, points and made field goals than he did in the other three games.

Willard has commended Reese on his progress since suffering an elbow injury against UCLA that caused him to miss a game. The sophomore’s efficient performance in a tough Big Ten matchup against one of the best players in the nation could be a glimpse at his massive potential inside for the Terps.