Tony Perkins, Kris Murray too much for Maryland men’s basketball in 81-67 loss to Iowa 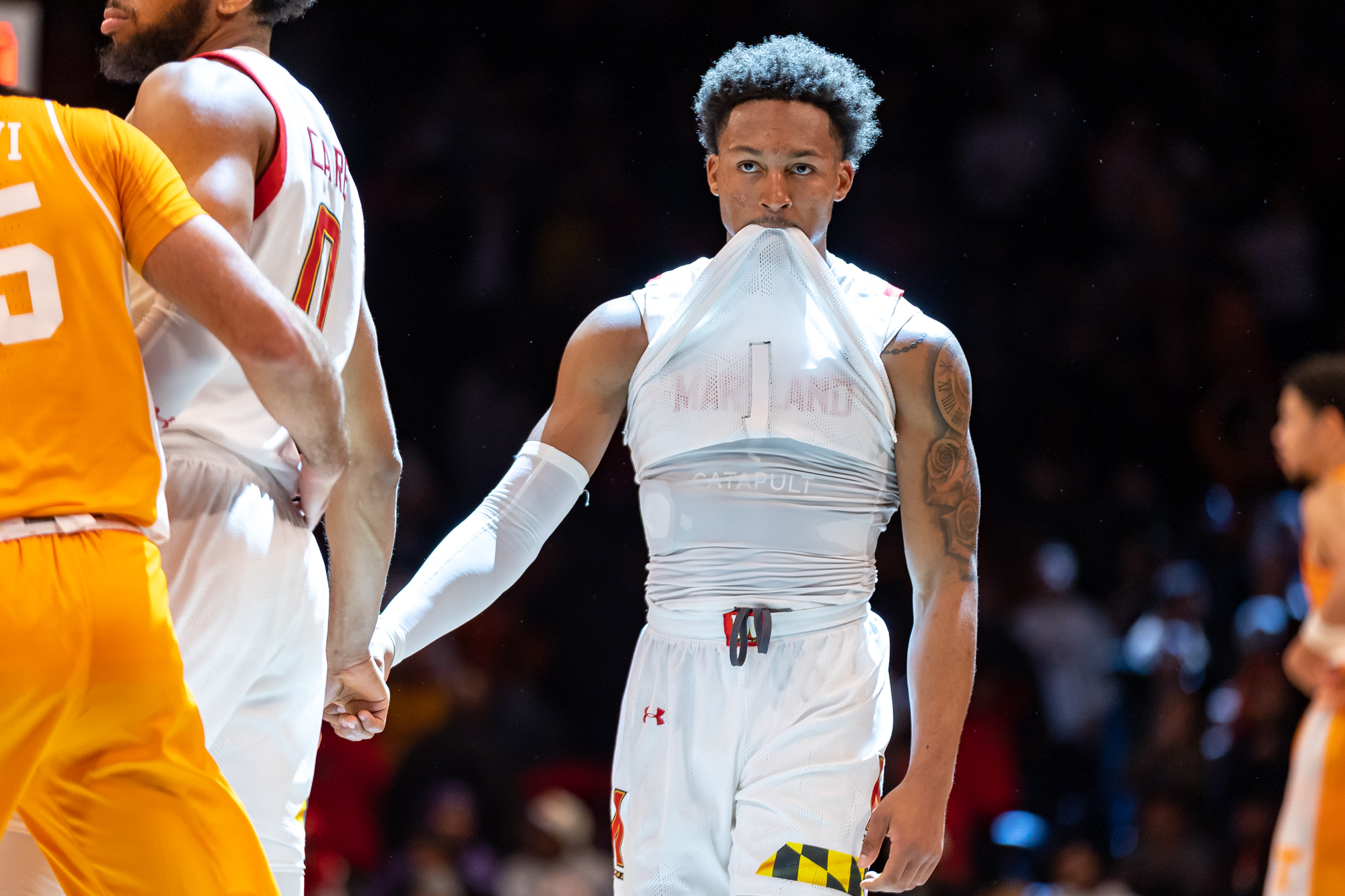 Kris Murray has been Iowa’s imposing star for most of the season, and against Maryland men’s basketball, he didn’t disappoint.

But Murray wasn’t the one who took a second-half bounce pass to the rim with decisive power and slammed the basketball down to ignite an 8-0 run that put the Hawkeyes up 11.

That was Tony Perkins, who gave the Terps fits in the game and melded well with Murray. The duo combined for 41 points and sank the Terps in a decisive 81-67 road loss.

Maryland kept pace with Iowa throughout the game despite the duo, but a first-half scoring lull had the Terps sprinting after the Hawkeyes for the remainder of the match. The loss sent coach Kevin Willard’s squad to 1-4 on the road and 3-6 in their last nine.

The Terps halted their recent stumble with a win over Ohio State at home but faced another significant challenge on the road in Iowa.

Julian Reese shined early in the post. He racked up scores on Maryland’s first two possessions and became a common denominator for the Terps, finishing the first half with 10 points.

However, Maryland’s guards struggled mightily as Iowa built its lead to as much as 16. But Jahmir Young, who was absent from the scoreboard until the last five minutes of the half, erupted for 12 quick points.

The guard’s scoring stretch featured the first three-pointer of the game for Maryland and a nifty and-one that proved key to a potential comeback.

Murray had similar scoring struggles and had only two points in the first half. But Iowa’s Tony Perkins picked up the slack with 15 first-half points to saddle the Terps with a 43-33 deficit at the half.

Maryland wouldn’t wait long to cut that deficit with better luck from the arc than what their 1-for-6 mark in the first half. At the outset of the second half, Hakim Hart and Donta Scott made three-point shots that kicked off an 8-0 Terps run.