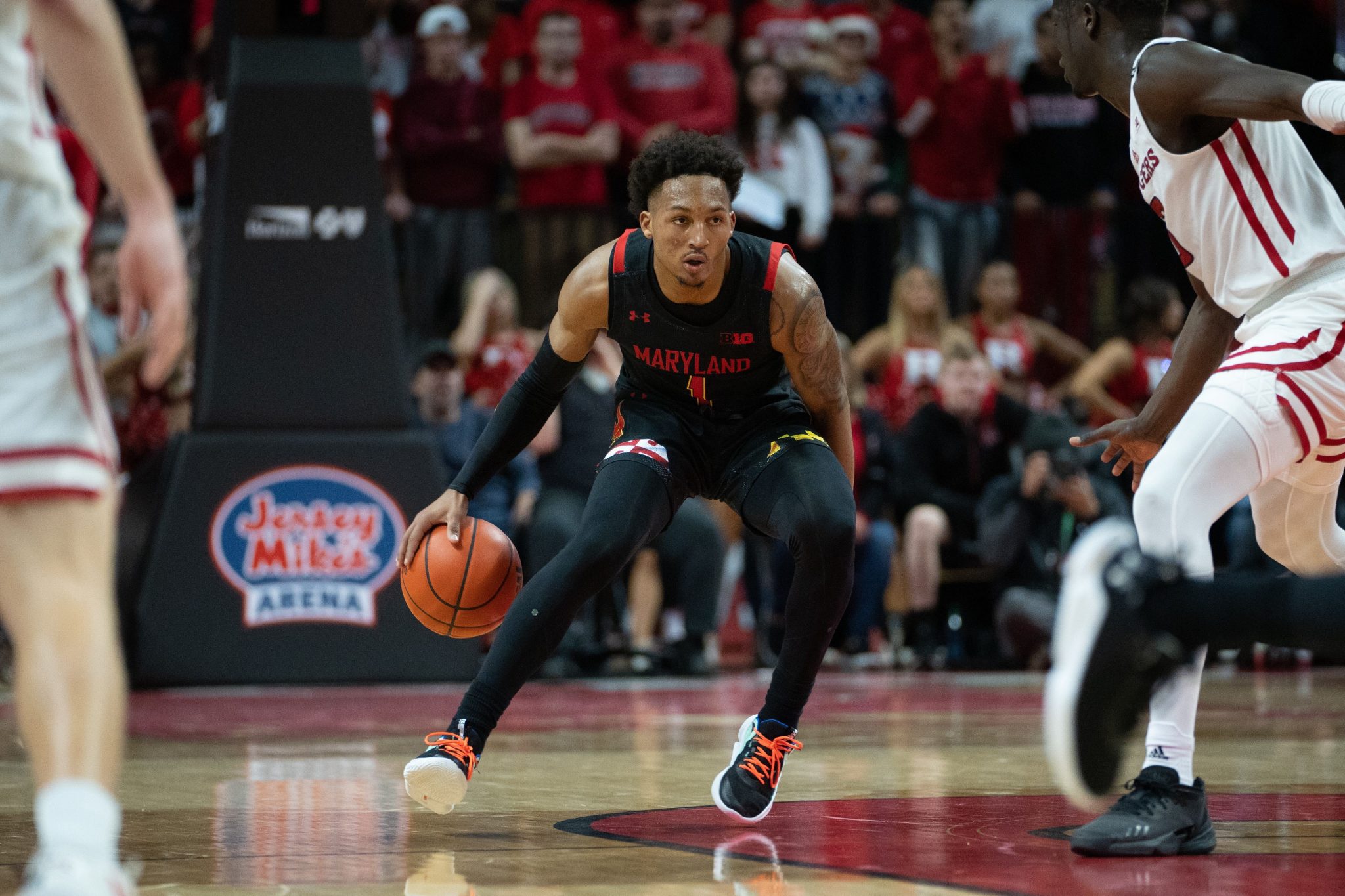 Jahmir Young pranced along the court, acknowledging the crowd’s excitement while celebrating his own success on a crucial three-point play.

He had reason to as the points were desperately needed. Maryland men’s basketball held only a three-point lead after leading as much as 14 against Ohio State in the second half.

To extend the slim lead with the and-one, Young received the ball well beyond the arc before faking toward a Julian Reese screen. The deceptive move proved effective as Young quickly crossed over and charged to the basket.

Buckeyes defender Sean McNeil trailed Young and could only foul him to stop his assault to the rim, but even that couldn’t stop the Terps’ guard. Young leaped and swirled the ball around and up to the rim before it rolled into the net.

Cheers erupted and tides turned as Young carried Maryland to victory with a 30-point, 11-rebound performance that showcased his ability to draw fouls with confident drives in the paint.

“[Young] staying tenacious after the ball, getting offensive rebounds, getting fouled, I thought that gave us a huge jump,” coach Kevin Willard said. “His energy and his tenaciousness was really the difference.”

Maryland’s offense benefited from the absence of Ohio State forward Zed Key, the team’s leader in blocks. Buckeyes’ coach Chris Holtmann mentioned that the team “missed him, [and] we missed his physicality.”

Nevertheless, Young’s aggression in the paint paved a new path for a Maryland win. Willard has admitted before that Maryland will need to win the three-point battle in most games to win, but on Sunday his team took a season-low 13 shots from the arc and made five of them.

In that scoring void, Maryland set season-highs in free throws made and attempted. Young led the way with 15 free-throw attempts, the most by any Big Ten player in a game this season.

“We’re really just trying to attack the rim, and be the aggressor from the start,” Young said.

Willard said he drilled his team to drive during the double-bonus to earn free throws instead of taking threes. The double bonus occurs after the opponent has committed its 10th foul of the half.

Young’s determination to drive to the rim could be sustainable even against bigger teams, Willard mentioned, and could reinforce Maryland’s offense down the stretch of the season.

Maryland’s coach wasn’t the only one impressed with Young.

“He’s a good player, I thought he was really hard to contain,” Holtmann said. “[Willard] did a good job putting him in spots. He was key to the game.”

With time running out, the Buckeyes fouled Young to put him at the free throw line for his 14th and 15th attempts of the game. In crunch time, he sunk both to put the Terps up three possessions and keep the game out of reach for Ohio State.

The guard propelled, and sealed, a crucial win for Maryland against the ranked Buckeyes. All it took was his bravery to drive the ball to the rim and plenty of whistles in the Terps’ favor.