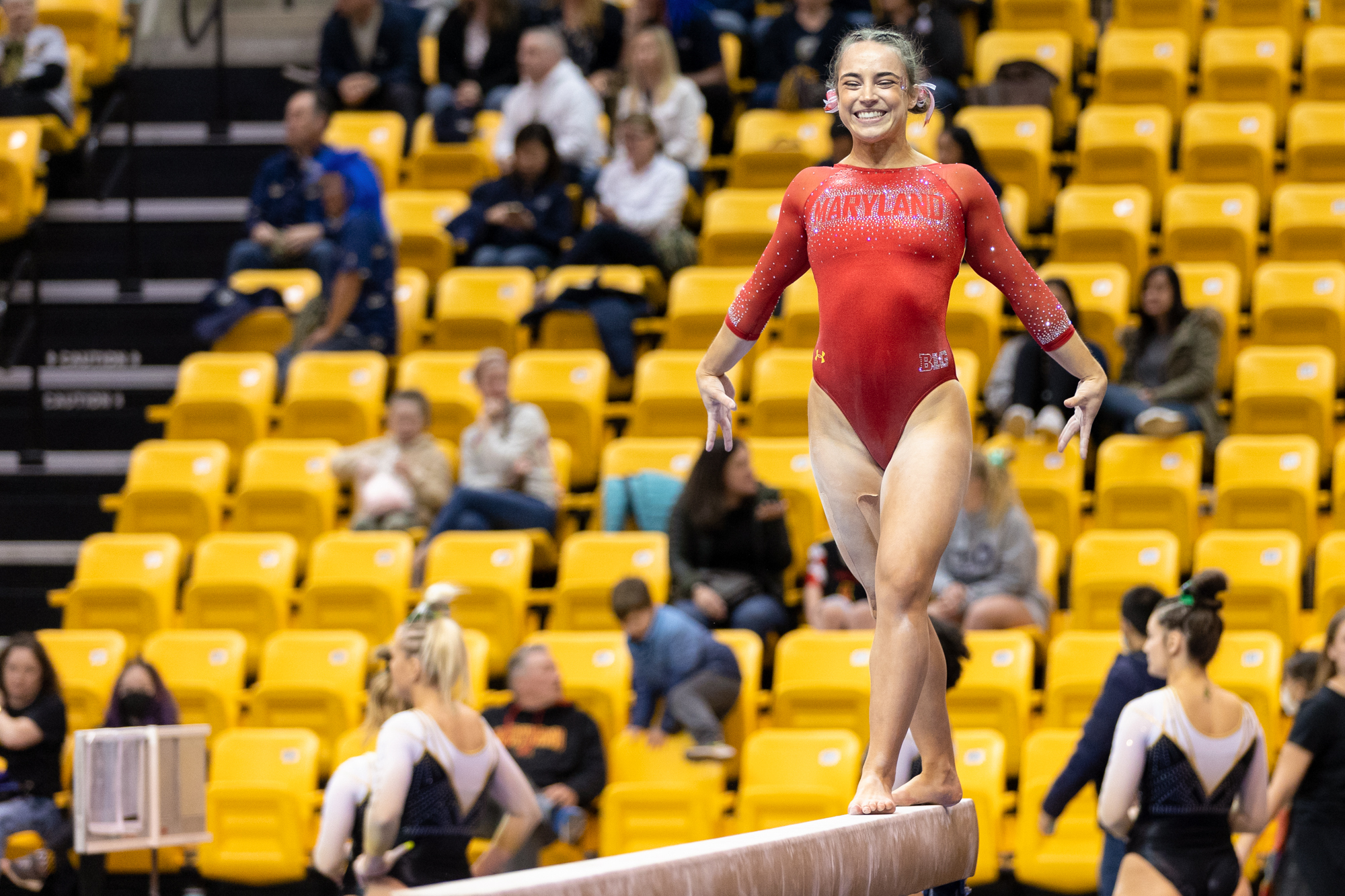 When Maryland gymnastics took the WVU Coliseum stage Friday evening, it marked the end of a 288-day offseason for coach Brett Nelligan’s Terps.

Over nine months after advancing to NCAA Regionals last season, Maryland opened up its 2023 campaign with a 195.425 to finish first at the West Virginia Tri-Meet against West Virginia and Kent State.

A few close events from the Mountaineers and Golden Flashes put pressure on Maryland to close out the meet on vault. Veteran Alexsis Rubio posted a massive 9.875 in the event, the highest score of the night in any event.

Kicking off the season in such style was what coach Brett Nelligan expected from the get-go.

“They have gone above and beyond and they’ve been so diligent in all of their hard work throughout the preseason,” Nelligan said.

The SEC and Big 12 already kicked off their 2023 regular seasons in earlier January. After waiting patiently, it’s now the Terps’ turn to take to the mats to try to improve on an impressive 2022 season that ended with Nelligan receiving a five-year contract extension following a successful campaign.

Nelligan and his squad have one main goal in mind — to advance. After a record season in 2022 where the Terps marked their highest score at the Big Ten championships and NCAA regionals, the team finished their postseason ranked in the top 20 nationally. Maryland eyes making it past the second round of the NCAA tournament, a step past what it accomplished last season.

Nelligan expressed confidence in his staff, whom he said are some of the “hardest-working people” he knows. If it weren’t for the program’s attitude and work ethic, there would be no future for this program, he said.

“Those two areas, the people on the team and the people on my staff,” Nelligan said. “I’ll put those up against anybody in the country.”

That unity is not only expressed by Nelligan himself but also by the team as a whole as they start their journey in hopes of another tournament run.

In the offseason, the team collectively focused on their form and detail. Silberman competed a new vault for the first time in today’s victory, something she said was working on all summer. Josephine Kogler, who scored a second-best 9.825 on vault, said that she is also working on her vault.

“What we’re most excited about is we felt like we built a base last year,” Nelligan said. “We’re excited to see how far we can go.”