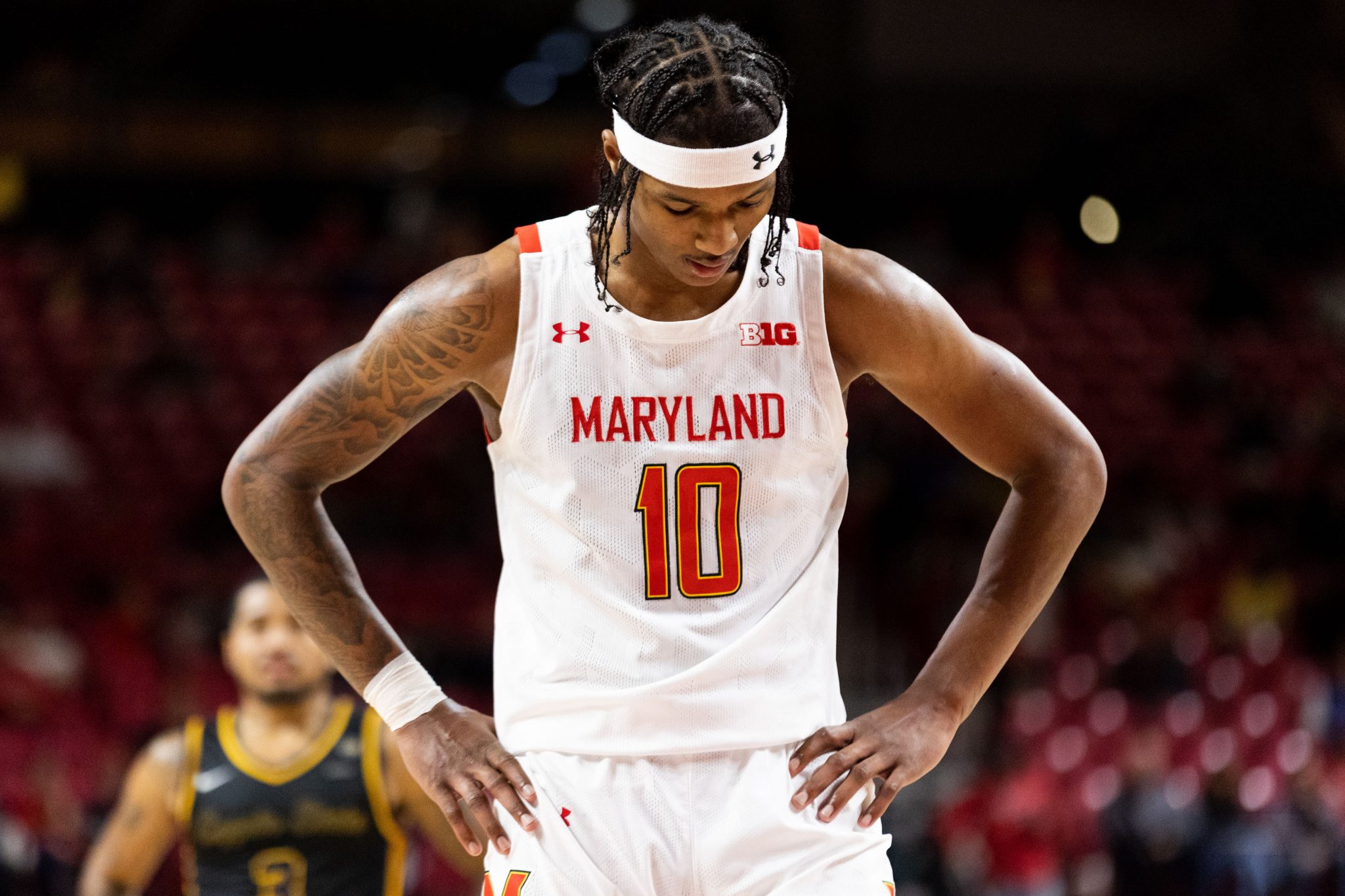 When Julian Reese walked to the bench after fouling out with almost 10 minutes left in the second half against Michigan, his usual replacement couldn’t enter the game.

Patrick Emilien was already there after fouling out minutes earlier. Both watched as Hunter Dickinson put the finishing touches on his 32-point performance in the Wolverines’ 81-46 blowout win over Maryland men’s basketball Sunday, the worst loss the Terps have suffered in conference play since joining the Big Ten.

The pair faced a tall task in defending the 7-foot-1 Dickinson. Reese and Emilien stand at 6-foot-9 and 6-foot-7, respectively. Dickinson consistently got to the basket, made 13 of his 16 field goal attempts and added 12 rebounds against Maryland.

Coach Kevin Willard said Wednesday that Reese and Emilien need to get into a rhythm as they continue their return from injuries. The former did not play in the second half of Maryland’s loss to UCLA on Dec. 14 or against Saint Peter’s on Dec. 22 while Willard said the latter has been “really banged up” since the game against Tennessee on Dec. 11.

The Terps need to increase their intensity to match up against larger opponents like Dickinson, Emilien said.

“Just as a team we got to be more physical and bring more energy, I think a big thing was just lack of energy,” Emilien said. “I definitely think that we have the components and the people to perform a lot better against big guys.”

Maryland’s lack of height will be a constant battle when they take on similar big men throughout conference play such as Indiana’s Trayce Jackson-Davis, Purdue’s Zach Edey and Rutgers’ Clifford Omoruyi — all players the Terps will see in January. Willard praised the Scarlet Knights’ center ahead of Thursday’s matchup against Rutgers.

“[Omoruyi] uses his athleticism as good as any big guy I’ve seen,” Willard said. “He dunks it on one side and next time … dunks on the other side, he runs the floor extremely well. He’s really developed his mid-range shot … and his low post game has gotten much better.”

Maryland’s height at center is listed as the second-lowest in Big Ten play by KenPom, which only takes players who have played at least 10 percent of the team’s minutes into account. The Terps also have the fourth-lowest effective height in the conference, an average of the center and power forward position, according to KenPom.

The minutes played requirement excludes 6-foot-11 freshman center Caelum Swanton-Rodger from those metrics. Swanton-Rodger has sparsely so far this year but notched a career-high 10 minutes while filling in for Reese and Emilien toward the end of the Michigan game — where he notched two dunks.

Willard said he believes the Canadian is progressing to be able to contribute in Big Ten play.

Still, the coach was opposed to taking positives away from Michigan’s drubbing of Maryland and hopes his squad can bounce back on Thursday against a Rutgers team that took down No. 1 Purdue on the road Monday.