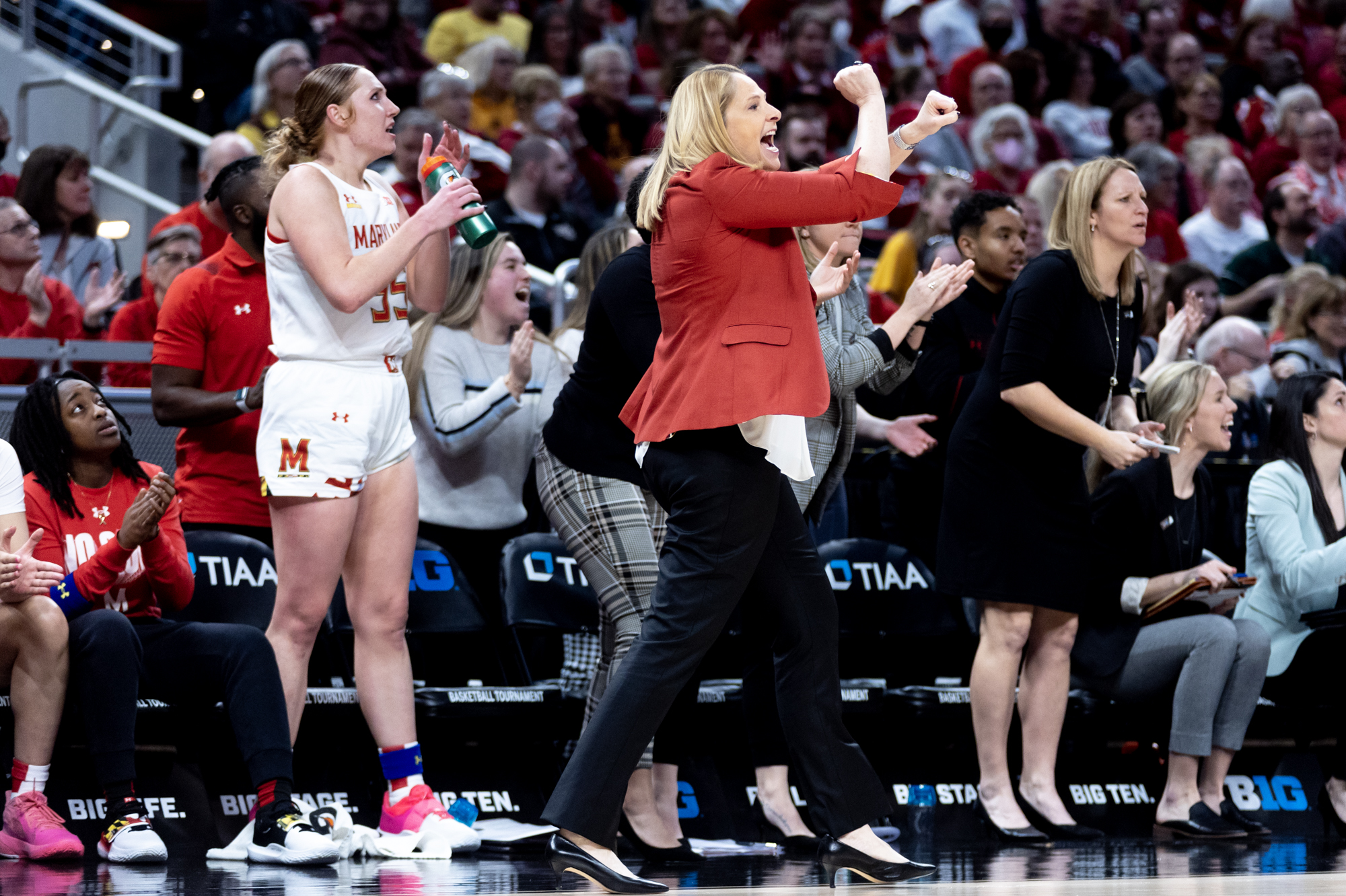 After an uncharacteristic start to conference play, No. 13 Maryland women’s basketball has bounced back for three straight Big Ten wins to jump back up to a tie for second place in the conference’s regular season standings with a 3-1 record.

Victories against Purdue, Minnesota and Rutgers have come with a combined score of 262-226. Since losing by 23 to Nebraska, the Terps needed a Shyanne Sellers buzzer-beater to sneak past the Boilermakers before cruising past the Golden Gophers and Scarlet Knights by a combined 33 points.

“We’ve shown the last two games when we’re sharing the basketball and we’re not turning it over, great things are in store for us,” coach Brenda Frese said.

Three of Maryland’s next four conference matches are against Michigan State, Rutgers and Wisconsin, who are a collective 2-10 in conference play this season. Indiana is the only team with a winning record in that four-game stretch, although the Hoosiers did fall to the Spartans Thursday.

The Terps will hope to rack up wins to start the new year before they bookend February with back-to-back matchups against No. 16 Iowa and No. 3 Ohio State on Feb. 2 and Feb. 5 to start the month and Feb. 21 and Feb. 24 to conclude Maryland’s regular season.

[No. 13 Maryland women’s basketball rolls to fifth straight victory in 78-67 win over Rutgers]

Sandwiched between are contests versus Illinois, which defeated then-No. 12 Iowa Sunday, and Michigan State. Going into the season’s final stretch with a positive record will help the Terps control their fate in regular season rankings and postseason play.

The Big Ten was highly competitive last year, and this season is no different. Eleven of the 14 teams have at least one win, and nine teams have either an even or winning record. Maryland is one of five teams that are 3-1 in conference play, while Ohio State is a perfect 4-0.

“Every year it just feels like top to bottom, the league just gets stronger,” Nebraska coach Amy Williams said after her team got its first-ever win against Maryland in November. “I watched the Minnesota-Penn State double overtime game [on Dec. 3, 2022] that I had to stay up extra late for … and I think it just speaks to the depth in the league and how challenging it is every night.”

Williams’ squad has played some tightly-contested matches this season. Most recently, the Cornhuskers pushed Indiana to overtime on Sunday, an effort that earned praise from Indiana coach Teri Moren.

“I think the Big Ten conference, by itself, will be the most difficult conference in the country, and you can quote me on that,” Moren said after the game. “It’s a great league with great players, with great coaches.”

Frese has also echoed statements by Williams and Moren praising the strength and difficulty of the division this season.

While no Big Ten team has won a national championship while in the conference since Purdue in 1999 — Maryland won in 2006, but was a member of the ACC at that point — the Terps will hope to continue their string of conference wins to put themselves in a better position for postseason play after suffering a loss in their conference-opener.