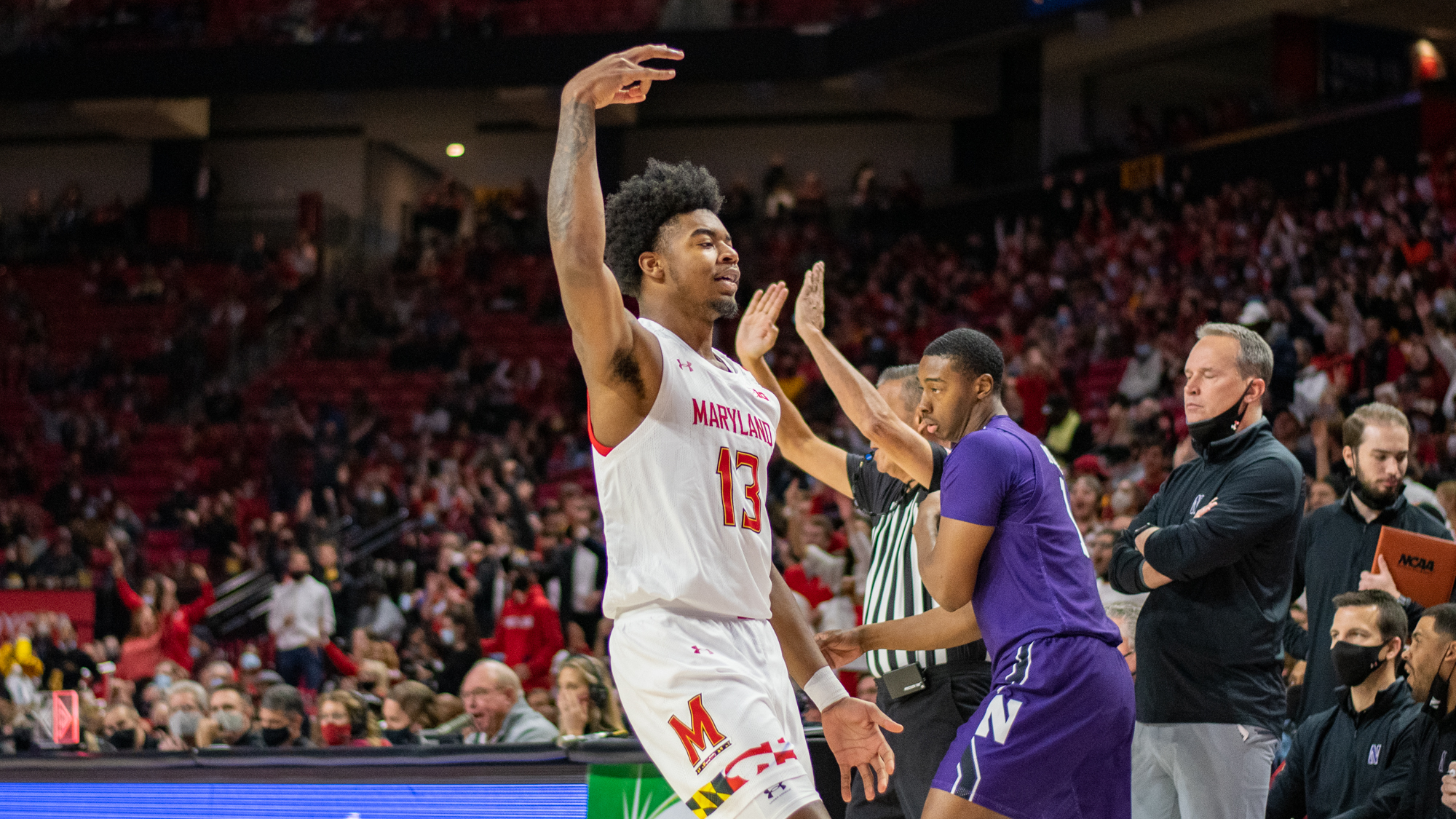 Maryland men’s basketball got back in the win column for the first time since Dec. 2 when it snapped a three-game losing streak against Saint Peter’s Wednesday.

The Terps (9-3) coasted to a 75-45 victory to end its skid against a Peacocks team (6-6) that became the story of March Madness last season. However, Maryland’s opponent was a much different team than the one that made a Cinderella run to the Elite Eight.

Willard deviated from his normal starting lineup for the first time this season as Ian Martinez and Patrick Emilien replaced Don Carey and Julian Reese. Reese didn’t dress for the game after suffering a shoulder injury during the Terps’ loss to UCLA on Dec. 14.

Saint Peters’ Isiah Dasher scored seven straight points to give the Peacocks a brief advantage, but Maryland got help from its bench as Noah Batchelor made a three-pointer to reclaim the lead. The Terps rotated their players early and often — 10 different players saw the court in the opening eight minutes of the game.

Maryland used its defense, an aspect Willard said he focused on in practice earlier this week, to grow its lead as large as 17 in the first half. The Terps held Saint Peter’s without a field goal for a seven-minute stretch toward the end of the frame.

“I really tried to get them back into that mindset and being aggressive, getting after it,” Willard said. “We worked on our press a ton because we haven’t been scoring so we haven’t been getting into our press.”

Hakim Hart scored seven straight points to cap off a 15-3 Maryland run that gave the team plenty of breathing room, and two Jamir Young threes on his first two field goal attempts of the night gave Maryland a 16-point advantage at the break.

Despite holding a double-digit lead, the Terps still felt Reese’s absence, as they were outrebounded 20-15 in the first half. Emilen and Caelum Swanton-Rodger both notched season highs in minutes as the Peacocks finished the game with 17 offensive rebounds and a 38-30 advantage on the boards.

Maryland also continued its struggles from behind the arc in the opening 20 minutes, with Young’s makes accounting for two of a total of just three on 12 attempts.

The Terps matched that production from behind the arc within the first four minutes of the second half. Two Donta Scott threes and a Hart make from deep on three consecutive offensive possessions to continue to pull away from the Peacocks.

“Once we get the ball inside out, we touch the paint and then we find each other, I feel like we’ll have success if we do that in the future,” Young said. “So just continuing to get reps up, continuing to believe in our shots, believe in our teammates and making sure we hit them in their pocket.”

Don Carey and Jahari Long both added three-pointers of their own during a 13-0 Maryland run that ballooned the Terps’ lead to 31 with about 13 minutes remaining. The Terps finished the second half 5-for-9 from behind the arc.

Maryland rode out its massive advantage to a 30-point win behind a tough defense and efficient scoring from Hart and Young, who finished the game with 20 and 14 points, respectively. The Terps will hope for a similar result after getting another week of rest before they return to take on UMBC at Xfinity Center on Dec. 29.

“They were really locked in the scouting report,” Willard said. “We switched off side when we were supposed to switch. I just thought they looked mentally fresh.”