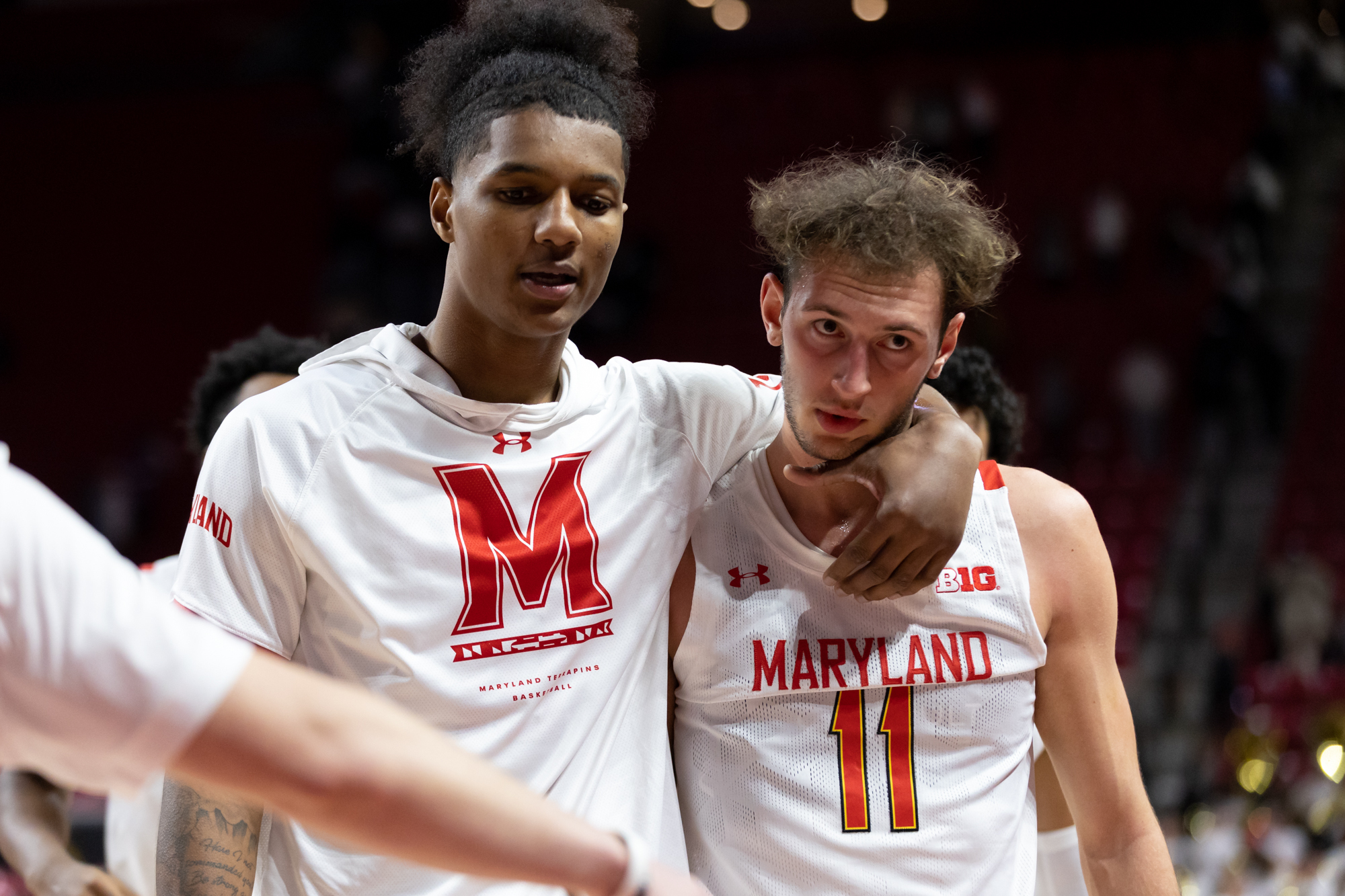 After a grueling four-game scratch against opponents ranked in the top 25 of the latest AP poll, Maryland men’s basketball has time to recover from its three consecutive losses with a week-long break before the Terps’ next game.

The seven-day gap between Maryland’s blowout loss to No. 16 UCLA Wednesday and the Saint Peter’s matchup on Dec. 22 will be the Terps’ longest break this season. Willard’s squad hasn’t had more than four days between games since its season-opener against Niagara on Nov. 7.

Maryland’s undefeated run ended during a 13-day stretch when it beat now-No. 18 Illinois, but fell to now-No. 22 Wisconsin, now-No. 6 Tennessee and No. 16 UCLA.

Those three straight losses came from a step back on the offensive end, when the Terps put up consecutive season lows in points scored against the Badgers and the Volunteers — notching 59 points and 53 points, respectively. Willard’s squad only put up 60 points on the Bruins after it averaged more than 80 points per game in its first eight wins of the season.

After the Bruins’ beat down of the Terps Wednesday, UCLA coach Mick Cronin said he “saw a team out there on an emotional gas tank that was almost empty” because of Maryland’s recent schedule.

Donta Scott hopes the team uses the break ahead of the Saint Peter’s game to rekindle its early success and practice regularly, something the Terps have struggled to do with games in quick succession.

Willard also said the players would get about four days off to recover from a run of games Maryland fans likely won’t see at this point in the year with the new coach at the helm moving forward.

The Terps’ tough stretch began with the start of Big Ten play on Dec. 2, much earlier than Willard usually began Big East play as Seton Hall’s coach. Willard said he’ll have to adjust to those early conference games in the schedule in the future and wouldn’t have had the Tennessee game if it hadn’t already been under contract when he joined the Terps.

“I would never have this game after the stretch we just went through,” Willard said before the game against the Volunteers. “Especially going back on the road, I think we’ve been on the road a lot and we haven’t been at home enough practicing.”

“I can promise you this. I’ll never go through a stretch like this again in the nonconference [schedule].”

While Willard doesn’t want to shy away from neutral site games against marquee opponents — he said Maryland will probably take an opportunity to play at Madison Square Garden next season — he will likely try to rework the Terps’ schedule around their early December Big Ten matchups.

Despite the team’s tough run of games and poor performances in the last three losses, Willard said he’s still proud of where the team is at with an 8-3 record in his first year in charge. He also believes that seeing a challenging run of games like the Illinois, Wisconsin, Tennessee and UCLA stretch could prepare the Terps for conference play.

“The good thing is that this is going to be what the Big Ten play is like, so they’re actually getting a really good taste of what league play is gonna be like: five brutal games in a row,” he said.