No. 20 Maryland men’s basketball suffers largest-ever loss at Xfinity Center to No. 16 UCLA, 87-60 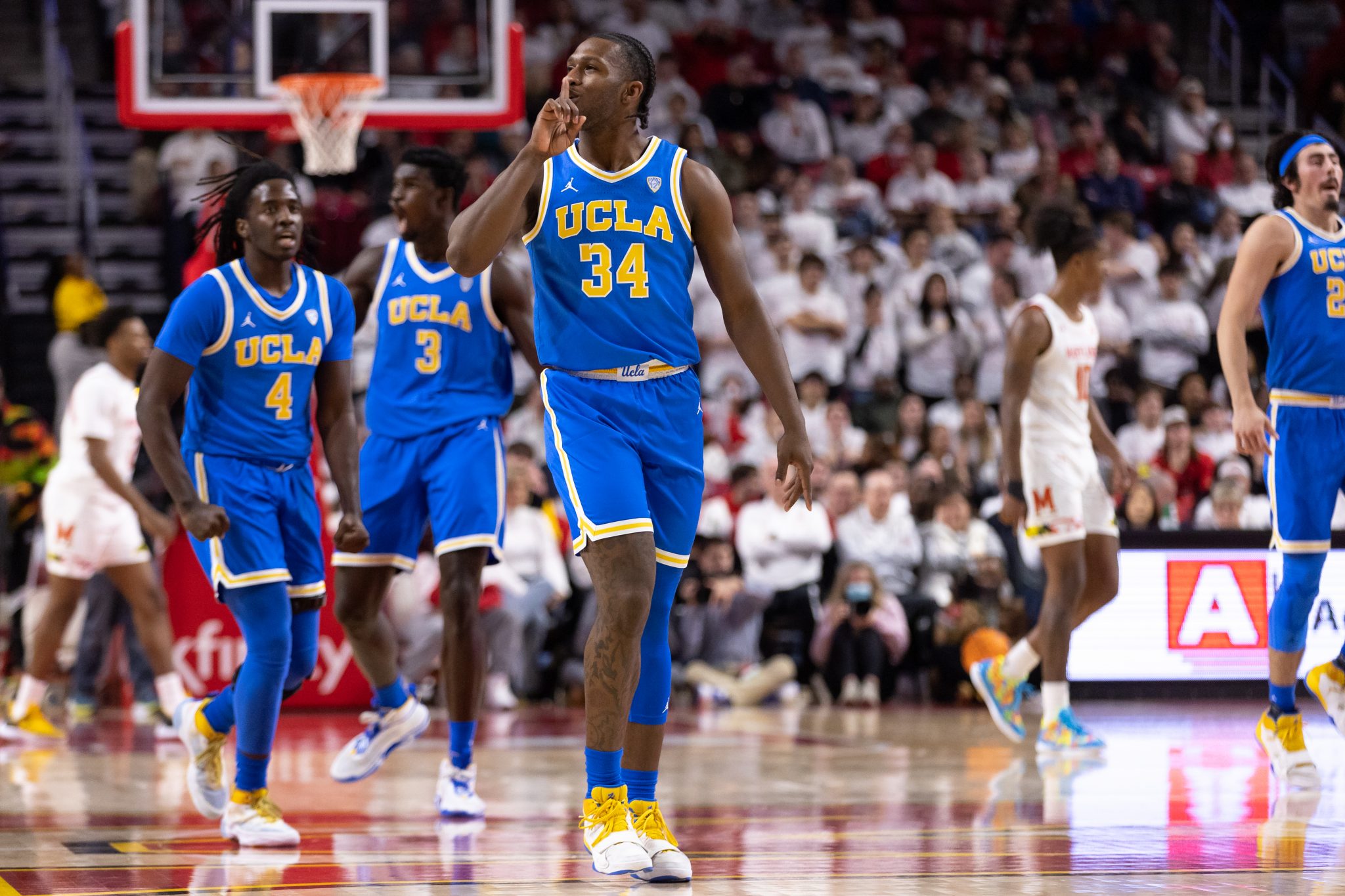 UCLA had plenty of offensive weapons to show off on the court against Maryland men’s basketball. Amari Bailey powered to the rim. David Singleton splashed threes like Maryland’s rims had widened just for him.

And Jaylen Clark did it all, throwing down a dunk at one point that probably made the numerous NBA scouts in attendance perk up. The confluence of explosive play from the Bruins and questionable offense from the Terps doomed the home team to their first loss of the season.

Maryland suffered its largest-ever loss at Xfinity Center as UCLA blew by, 87-60. The Terps’ previous largest loss at the arena came against Michigan on Jan. 24, 2018.

“UCLA is the most talented team we’ve faced by far,” coach Kevin Willard said after the game. “They could have five [NBA] first or second round draft picks.”

UCLA coach Mick Cronin attributed his team’s victory to the timing of the match on the schedule for them. The Bruins rested their starters the game before against the University of Denver, while the Terps battled with now-No. 6 Tennessee.

Still, Willard agreed that it was a missed opportunity for Maryland.

The Terps had plenty of supplemental motivation to beat storied nonconference foe UCLA with a healthy crowd on Wednesday night. The Bruins recent confirmation of their move to the Big Ten only added fuel to the fire of the primetime ranked match.

Despite traveling to the opposite coast of the country, UCLA presented a significant challenge for Maryland from tip-off. The physically-gifted Bruins, featuring talents like Clark and Bailey, completely locked down Maryland.

The Bruins’ stymying of the Terps’ offense helped them rack up 17 first-half points off turnovers, and held Maryland to 8-for-26 shooting in the process.

The Terps didn’t score until almost five minutes into the game, and that required a three-point jumper at the shot clock buzzer from reserve Ian Martinez. Alarm bells blared as UCLA took a 26-7 lead off a Dave Singleton three that saw him jog back to his own half of the floor with plenty of confidence.

Martinez led the Terps in scoring with 16 points off 6-of-9 from the field. Most of that came in the second half. Usual points leader Jahmir Young struggled mightily with only three points on the night and no shots made from the field.

Cronin said UCLA made it a priority to keep Young out of the paint. It worked.

The blowout didn’t stop there. The deficit ballooned for Maryland, and both benches told the story. The Terps sat solemn and still while the Bruins fidgeted and grinned with their lead rocketing to 29 points at halftime.

“This is the first time all season that we really just didn’t have a lot of energy on the defensive end, [UCLA] took advantage of it,” Willard said.

The deficit stunned the crowd in College Park as some fans cleared out prematurely. Barring a major change, Willard’s squad looked to be stumbling into an eight-day break off a three-game losing streak.

The second half stayed the same, however, as UCLA’s marksmanship from range eradicated any of Maryland’s comeback hopes. Reserves dotted the court for the Terps as the situation worsened as Julian Reese suffered a shoulder injury toward the end of the first half that sidelined him for the rest of game.

Willard said he doesn’t believe Reese’s injury is serious, and the move to take him out was a precaution.

Noah Batchelor and Caelum Swanton-Rodger received rare minutes, and usual rotational pieces Jahari Long and Martinez continued to contribute. Maryland’s deficit was cut down to just less than 30 when the final buzzer sounded as UCLA crushed the Terps in College Park.

“Every once in a while you get your ass kicked, it’s part of life,” Willard lamented.