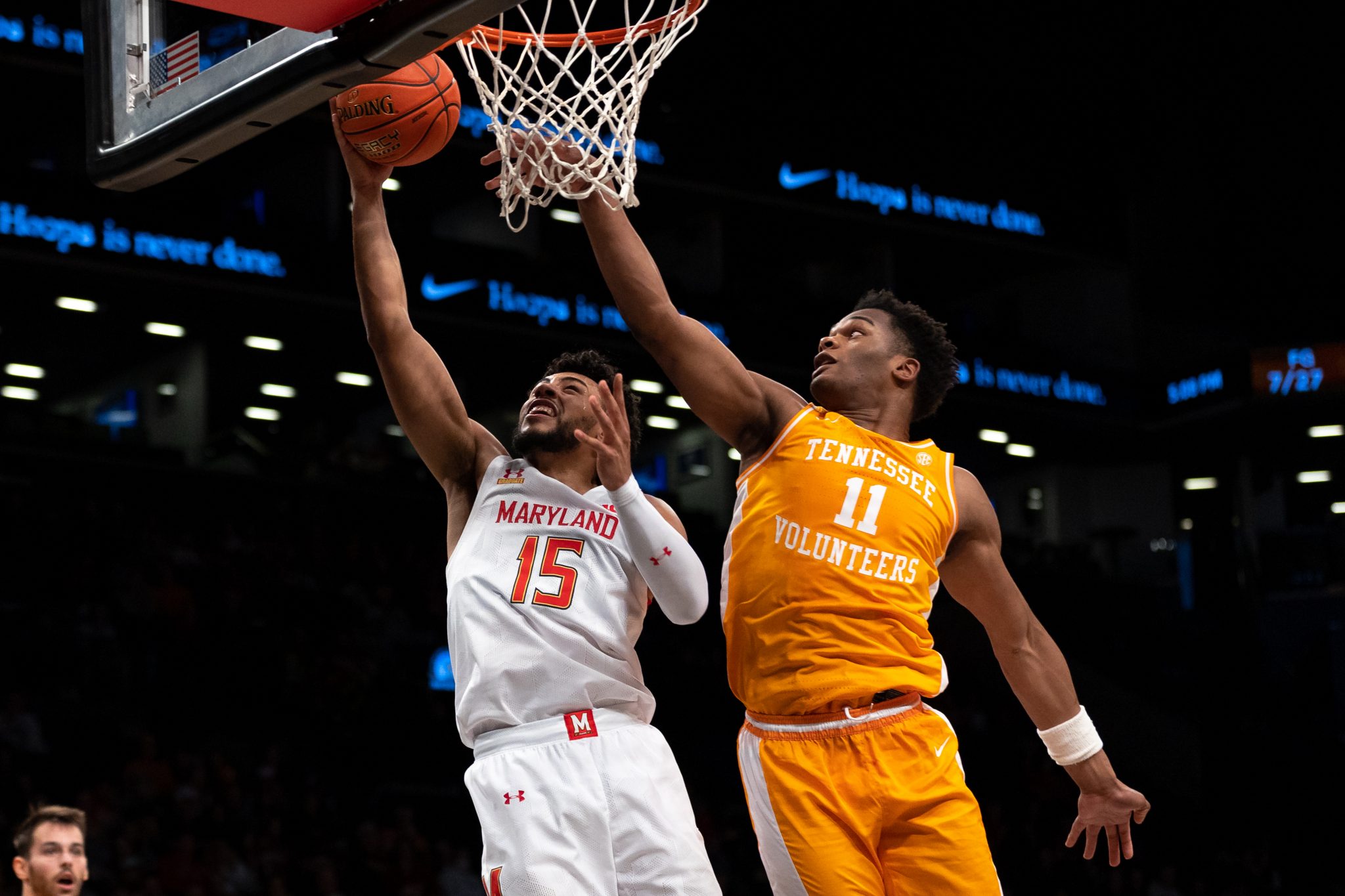 Maryland men’s basketball fell seven spots to No. 20 in the latest AP poll released Monday following its first two defeats of the season, back-to-back losses against Wisconsin on Dec. 6 and then-No. 7 Tennessee at Barclays Center Sunday.

Coach Kevin Willard’s squad struggled offensively and put up their two lowest scoring totals of the year against the Badgers and Volunteers, notching just 59 points and 53 points in the matchups, respectively.

Tennessee slotted into the latest poll at No. 6 while Wisconsin jumped into the top 25 for the first time this season. The Badgers and Terps are two of six teams from the Big Ten ranked in the AP poll, while eight total are receiving votes.

Maryland’s consecutive losses came after the Terps rushed out to an 8-0 start under Willard’s tenure, shattering the previous best beginning any Maryland coach had in their first season at the helm.

The Terps land at No. 17 in Monday’s KenPom’s rankings despite those defeats — two spots higher than they sat a week ago. While Willard’s squad regressed on offense with their two worst shooting performances of the year, their defense kept them in both games as the two losses came by a combined eight points.

Maryland will end a tough stretch of four games against highly rated teams on Wednesday when it returns to College Park to take on a future Big Ten foe in No. 16 UCLA. The Bruins are also 8-2 this season and have won their last five games ahead of the first game between the schools since 2007.

The UCLA matchup is the first of a home-and-home series between the Terps and Bruins. Maryland will travel to California to take on UCLA next season on Dec. 22, 2023, before seeing the Bruins regularly in conference play pending the approval of UCLA’s switch to the Big Ten by the University of California regents.