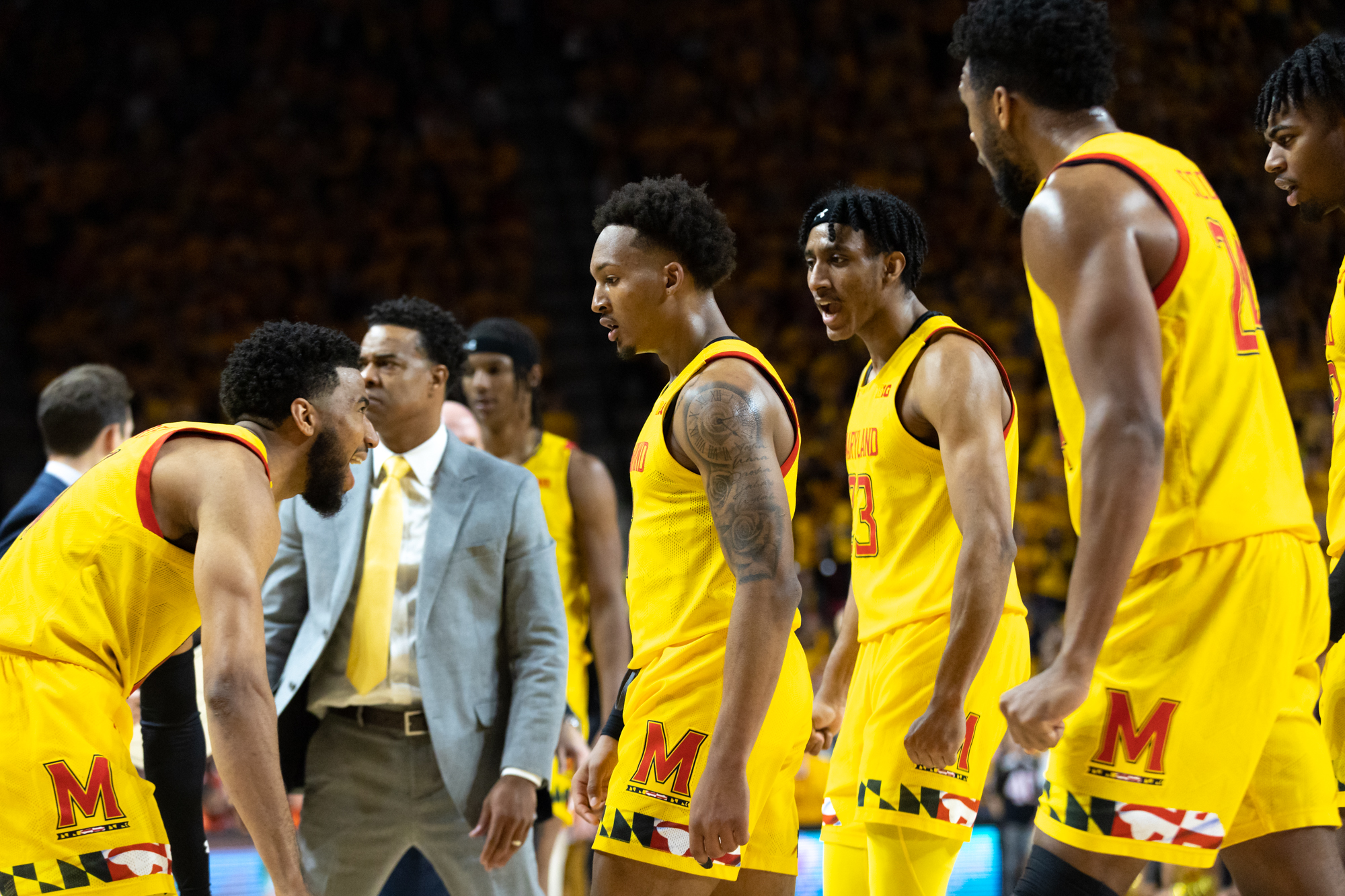 Jahmir Young pulls up to shoot during Maryland men's basketball regroups during the team's 71-66 win over Illinois on Dec. 2, 2022. (Cam Andrews/The Diamondback)

The Terps put on their worst shooting performance of the season at just 38.2 percent from the field in their first loss of the year against the Badgers, struggling to get shots to fall late in the game despite keeping the score close.

“[Wisconsin is] excellent defensively, they play physical,” coach Kevin Willard said. “They’re on a string together, they’re an excellent defensive team. So, you have to give them a lot of credit for them taking us out of our offense.”

In addition to holding Maryland to a low shooting percentage and just 0.922 points per possession throughout the game, Wisconsin forced 14 turnovers and limited the Terps’ success in transition.

Willard has stressed playing at a quick tempo this season. Maryland’s average offensive possession length is quicker than the Division I average, but the Terps notched only nine points in transition — their third lowest total of the season.

“We controlled the tempo,” Wisconsin coach Greg Gard said. “We did a good job of making them have to play against our set defense, which is always a goal of ours against anybody, and we just tried not to give them too many things easy. Nothing at the rim and no easy threes.”

Maryland struggled as much down the stretch as it did at the beginning of the game. The Terps started 5-for-17 from the field and guard Jahmir Young said Maryland failed to move and create gaps against a Wisconsin defense that didn’t allow his team to get any open looks.

“We have a lot of guys who are kind of going through this for the first time that haven’t played the Wisconsin’s,” Willard said. “You can show them film and you can talk to them about it, but I think … until you experience it and go through it a little bit … the physicality, even on the offensive end, kind of falls by surprise.”

Even Young — one of those new faces who finished with a game-high 17 points — struggled early on, finishing the opening 20 minutes with four points on 2-for-5 shooting.

The Terps needed a 14-4 run at the end of first half to close the gap to two points at halftime after starting the game 1-for-8 from behind the arc.

“It was definitely a challenge, I definitely had to kind of feel my way into that early on,” Young said. “We was a little stagnant on the offensive end, where they were just standing and they were just being physical, walling us up, which is why we struggled.”

[Maryland men’s basketball jumps up to No. 13 in AP poll]

However, Maryland found its shooting rhythm and made six of its last eight shots of the first half as well as six of its first nine shots of the second half to recover from that early 12-point deficit.

The Terps took the lead with just more than 11 minutes remaining and still had their chances to win down the stretch, but that advantage would be their last of the night.

Young’s 13 second-half points kept the Terps in the game, but his three-pointer with 3:37 remaining came too late. That basket broke an almost eight-minute field goal drought in which Maryland labored to get a clean look, one of many stretches when Willard’s squad was stymied by a stingy Wisconsin defense ranked one of the most efficient in the country.