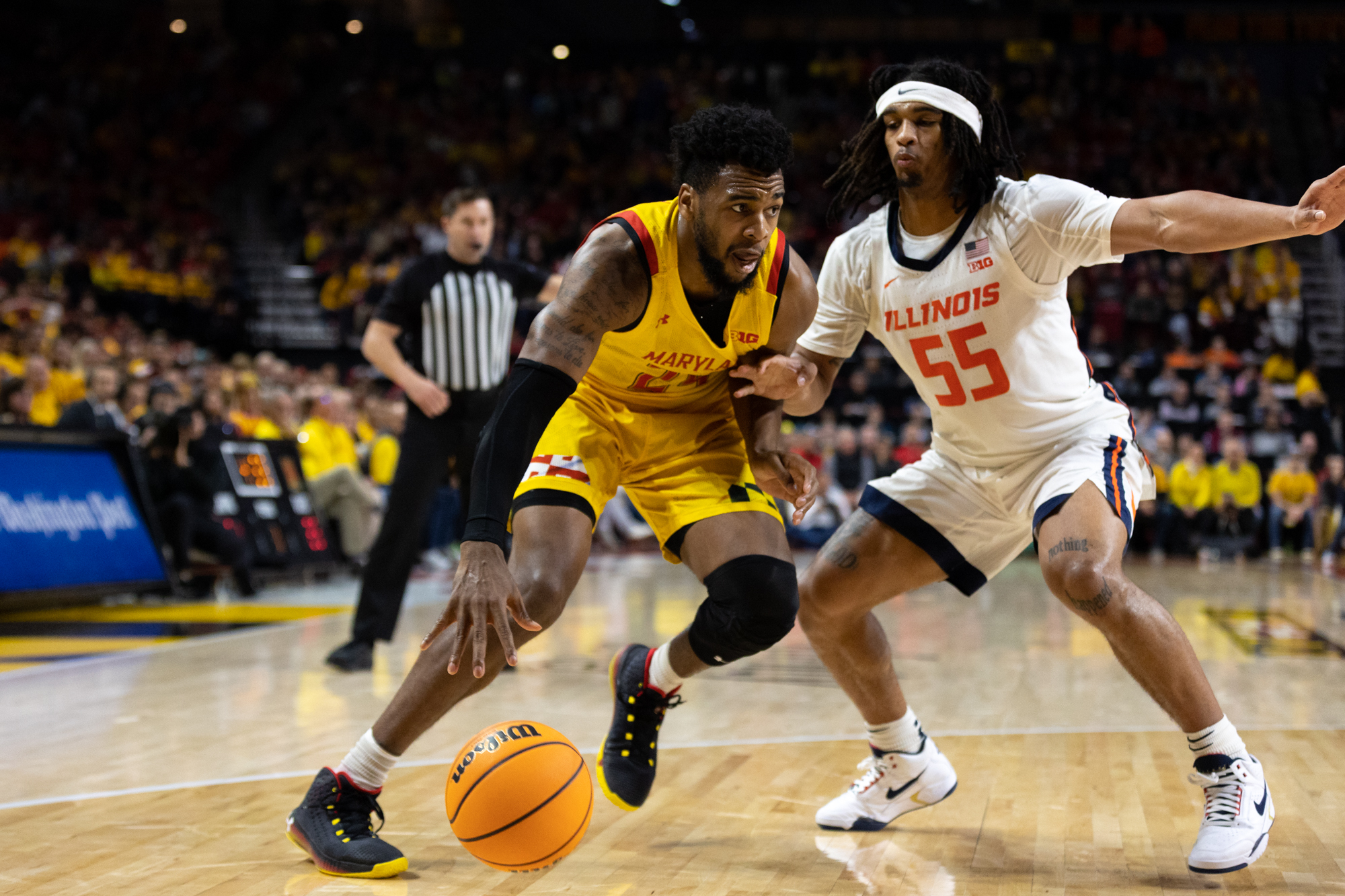 Maryland men’s basketball rocketed up the AP poll to No. 13 after decimating a winless Louisville on the road Tuesday and defeating then-No. 16 Illinois to improve to 8-0.

The Terps notched their highest ranking in the poll since March 18, 2020 — the final poll of the 2019-20 season. First-year coach Kevin Willard is the first Maryland coach to have a team ranked in their first year in charge, an accolade he achieved when the Terps entered the poll’s top 25 Nov. 21.

Maryland is one of just 12 undefeated teams remaining in the country and is the second-highest ranked Big Ten team behind No. 4 Purdue. Terps conference foes Indiana, Illinois and Ohio State also slot into the top 25 as eight Big Ten teams received votes.

Willard’s squad was ranked No. 6 in the NCAA’s first NET ranking of the year, which takes into account factors such as game results, strength of schedule, game location, scoring margin and net offensive and defensive efficiency. The Terps are 2-0 against quad one teams with wins over Illinois and Miami.

Maryland rose to No. 19 in Monday’s KenPom rankings from 24th on Nov. 28. The Terps are ranked fourth of all Big Ten teams behind the Boilermakers, the Hoosiers and the Illini and are projected to finish the season with a 22-9 record.

“[Wisconsin] remind me of the Big Ten version of Villanova,” Willard said. “They are super steady. They’re not flashy. You’re not gonna watch them and be like, ‘oh, man, this team is great.’ And then the more you watch them … you’re like, ‘man, this team is really good.’”

The Terps will then face off in the Basketball Hall of Fame Invitational against No. 7 Tennessee Sunday at Barclays Center in Brooklyn, New York.