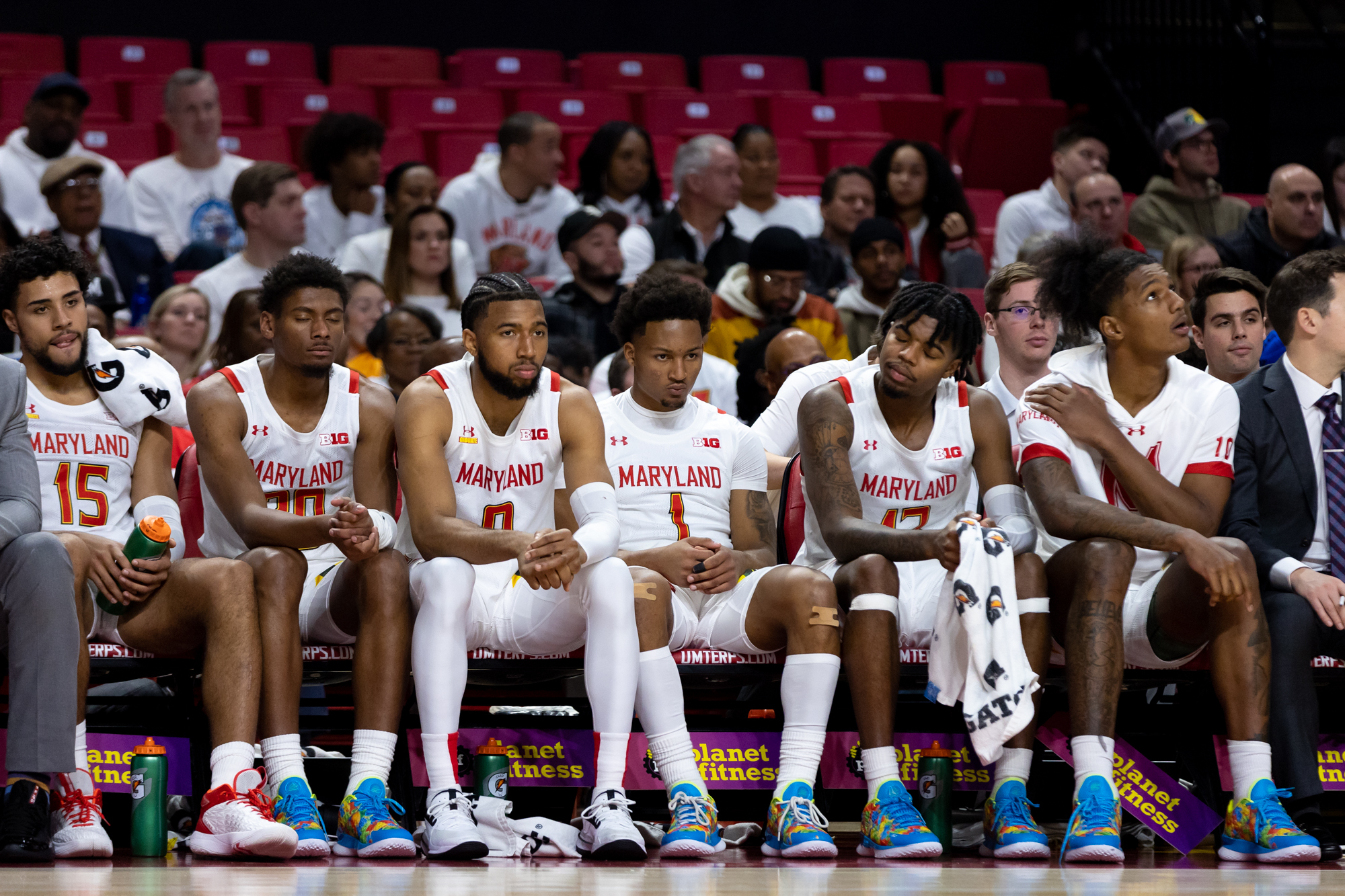 Two UCLA players reached in and ripped the ball away from Maryland’s Jahmir Young before moving the ball up the court and capitalizing on the steal.

When the Terps brought the ball up the court on the ensuing possession, two Bruins again converged on Young and forced a turnover, marking the fourth straight offensive set in which Maryland failed to get a shot up.

The two giveaways resulted in two Jaylen Clark fastbreak layups that capped a quick 10-0 UCLA run as the Bruins’ lead grew to 14 inside the first 10 minutes of the game.

Maryland men’s basketball had more turnovers than field goals in the first half. UCLA disrupted passing lanes and notched 10 steals in the opening 20 minutes to jolt out to a 29-point lead at the break in the Terps’ blowout loss.

“They came in, they played well, they were aggressive,” coach Kevin Willard said. “We were just a little bit defensive and we just got off to another bad start and it just kind of took the wind out of our sails.”

The Bruins held all but two Terps under 10 points during the top-20 matchup, including previously unprecedented success in shutting down Young.

Multiple UCLA defenders smothered the guard on pick-and-rolls and handoffs and Young struggled with the extra attention. He committed five turnovers and shot 0-for-8 from the field — the first time he’s been held without a field goal during his 96-game college career.

“[UCLA’s] pick and roll defense was excellent, they really jumped Jahmir [Young],” Willard said. “Jahmir has been playing … phenomenal but I thought their hard hedges and I thought Tyger [Campbell] and their weak side coverage really bothered Jahmir.”

Bruins coach Mick Cronin said his team focused on not letting Maryland, and specifically Young, succeed in the paint. The Terps scored just 16 points in the paint all night and went 7-for-16 on layups.

Maryland continued its recent shooting struggles with a 40.4 percent field goal percentage, a problem exacerbated by its 11 first-half turnovers and 16 throughout the entire game — the Terps second-most this season.

UCLA’s extra possessions let the Bruins shot 10 more field goals than Maryland in the first half. They strung together lengthy runs while the Terps labored to just keep the ball and get a shot off.

“Tennessee’s length and athleticism bothered us, and again, [UCLA’s] length [did],” Willard said. “[Campbell] and [Jaime Jaquez] are two guys that just really understand how to play the game defensively. They’re so smart, they read the ball so well.”

The pair combined for six steals while Clark, who Cronin called the best defensive player in the country, added four more.

Maryland now gets a brief respite before a Dec. 22 matchup against Saint Peter’s, its first contest after a stretch of four games against currently ranked opponents. The Terps hope to regroup and quickly adjust to opponents’ defenses in future games before they enter the thick of Big Ten play.