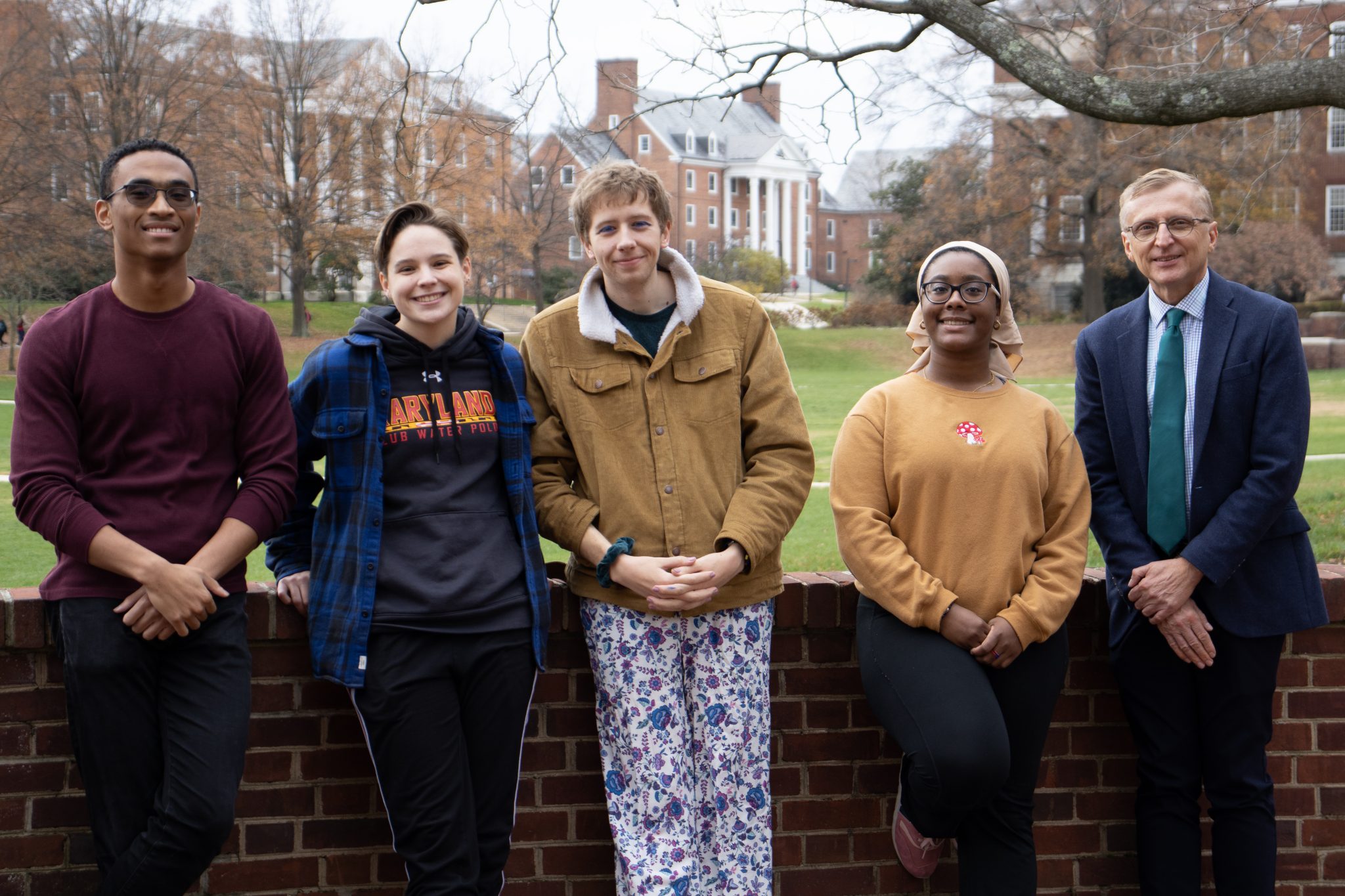 Members of the NLGJA executive board pose for a portrait on McKeldin Mall on Dec. 8, 2022. (Neelay Sachdeva/The Diamondback)

When Joel Lev-Tov came to the journalism college at the University of Maryland, they saw there weren’t any spaces for LGBTQ+ and non-cisgender people to cope with the lack of diversity in the school and industry.

Now Lev-Tov, a junior journalism major and former Diamondback staffer, is working with other Merrill College students and faculty to create a chapter of NLGJA: The Association of LGBTQ Journalists at this university to provide a safe space for LGBTQ+ students.

Laura Charleston, a freshman journalism major and co-vice president responsible for finance in the chapter, said it is important to have a space where LGBTQ+ journalists can go in the face of discrimination and to discuss issues in their communities.

“We’re a little bit more integrated now than in the past in terms of our news and important stuff getting out there,” Charleston said. “Just having a place to come to I think is important.”

Aaron Vogel, the former diversity and inclusion coordinator for the journalism college, said being part of NLGJA on a national level is important for networking with other LGBTQ+ journalists who have experience in the industry. He said it can be especially valuable for students who may need help navigating jobs in areas that are not LGBTQ+ friendly.

Before leaving the university last week, Vogel wanted to revamp journalism affinity groups in the journalism college and said the NLGJA had the most interest.

“You never really know how that marginalization might manifest in a student,” Vogel said. “It’s so important to just have a community here.”

Jerry Zremski will be the new chapter’s faculty advisor. Zremski joined the university as a full time lecturer in summer 2022 and Vogel approached him to be the advisor, he said.

“I just mentioned to him that I’m gay and if there’s any way I can ever help any student who’s gay, I’d be happy to,” Zremski said.

Yugo Hines, a junior journalism major, said they often felt intimidated introducing themself to classmates out of fear that others were not accepting of Hines’ identity. For Hines, who is on secretary chair of the new chapter, NLGJA is a safe space of respectful people with shared interests.

“I hope it makes Merrill College as a whole more conscious of the fact that there are LGBT students coming in and that they need to be mindful of it,” Hines said.

Lev-Tov, who is the chapter’s president, said their goal is for NLGJA to be a place where people can be comfortable regardless of race, background and abilities, which is why the chapter is going to make membership dues optional to eliminate barriers.