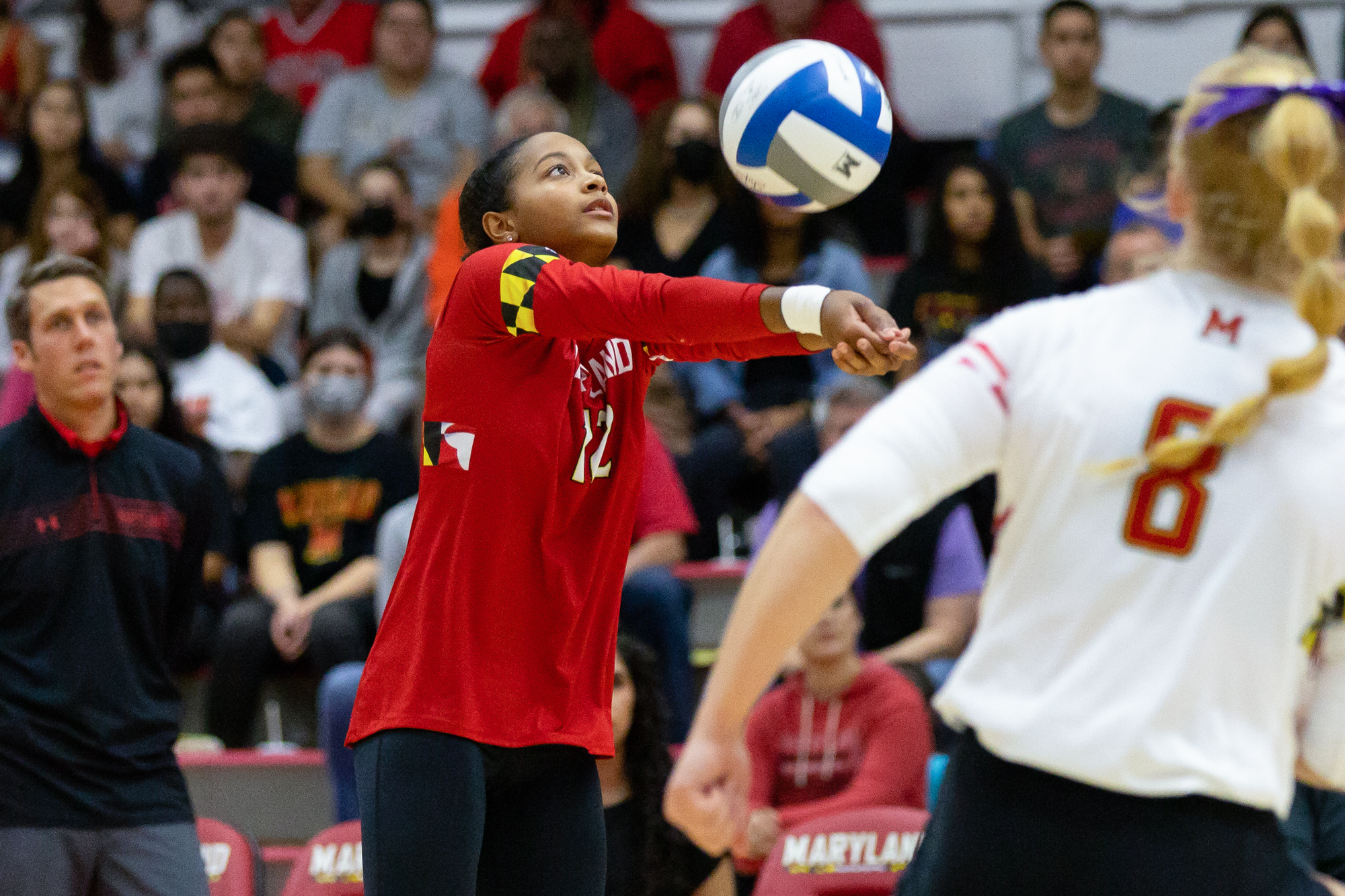 The Bowie native spent her first two seasons in College Park, where she emerged as a key vocal leader and one of the best liberos in a talent-laden Big Ten.

“To my coaches, teammates, and the Maryland community, thank you for believing in me and giving me an opportunity to play the game I love. I’ve learned and grown a lot and will cherish these past two years,” she said in an Instagram post.

As a freshman, Gomillion led the conference with 4.67 digs per set and nabbed a pair of Big Ten Freshman of the Week awards less than a month into the season. She followed her debut campaign with a 480-dig season in 2022, good for fourth in the conference.

[Rainelle Jones flourished in her final match for Maryland volleyball]

The libero was also a reliable contributor to a Terps serving platoon that had six players log at least 15 service aces. Gomillion’s 32 aces were second on the team.

Gomillion was a fixture in coach Adam Hughes’ lineup throughout her two seasons, as she missed just a pair of matches her freshman year and was one of two Terps who played in all 119 of the team’s sets in 2022.

Gomillion is the first within Maryland volleyball to enter the transfer portal this offseason, and her impending departure delivers a critical blow to a unit that’s already set to lose graduates Rainelle Jones, Gem Grimshaw and Maddie Naumann.

Defensive specialist Lexy Finnerty has an extra year of eligibility from the COVID-affected 2020-21 season, but there’s been no indication she’ll return to the program next season.Maryland currently doesn’t have another libero listed on the roster, but freshman defensive specialist Ally Williams played libero at Oakville High School in St. Louis.