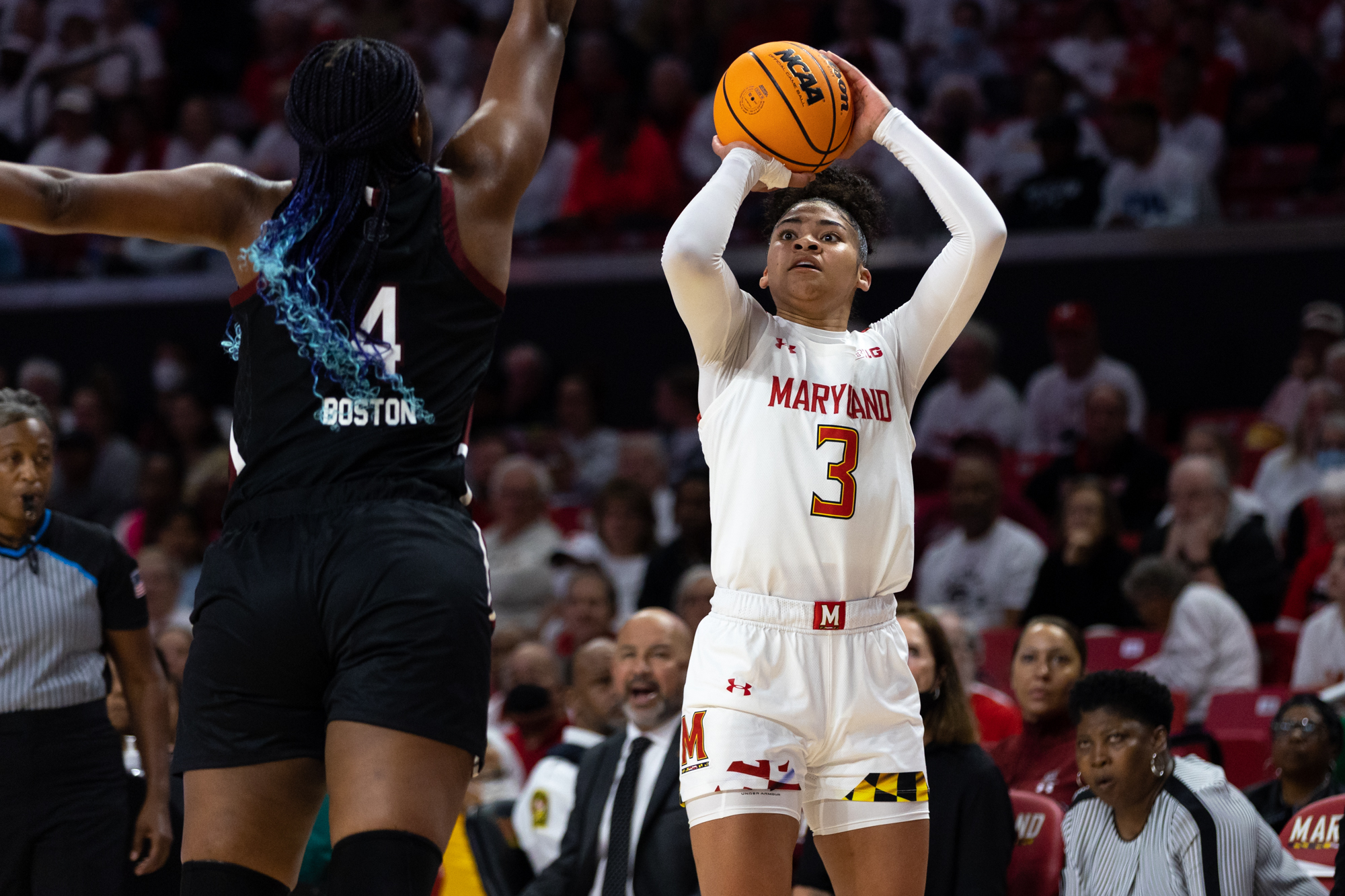 In the final rendition of the ACC/Big Ten Challenge — the annual meeting between the two conferences that will end this season after 15 years — No. 20 Maryland women’s basketball will travel west to face No. 7 Notre Dame.

The Terps are coming off of a three-match slate at the Fort Myers Tip-Off over the Thanksgiving holiday, where they went 2-1 and outscored their opponents 235-209. Thursday’s trip to South Bend, Indiana, will be the team’s sixth game away from home this season. But Maryland is 4-1 on the road, including wins against then-No. 17 Baylor.

“ACC/Big Ten challenge is always a fun game,” senior forward Faith Masonius said. “So good to head out on the road again and hopefully get a road win, which will be really good for us.”

But despite a decent showing in Florida, the Terps dropped six spots in the weekly AP Top 25 Poll after losing to unranked DePaul.

Coach Brenda Frese knows her team is not yet playing at an elite level. She lamented her team’s inability to convert its layups and said her team is “missing a lot of opportunities.”

Still, Maryland improved in each of its three contests. The team’s field goal percentage took a jump over the course of the tournament, and the team posted a better three-point percentage in each contest.

“That’s the trajectory you want,” Frese said. “The more games we get under our belt, the more practices we have, you can see that chemistry and continuity is coming together.”

Senior guard Lavender Briggs is one player who epitomizes the team’s upward trend. Through the first two games in Fort Myers, the Florida transfer combined for one point, six rebounds and went 0-for-10 from the floor.

But in the final fixture against Pittsburgh, the Utah native had 10 points and eight rebounds on 4-for-11 shooting.

“It was good to break that little slump that I was in,” Briggs said. “Still got a lot of work to do and trying to be consistent on offense, knocking down my shots, everything.”

Working on cohesion was always going to be a point of emphasis for Maryland this season — the Terps feature nine players who are new to the program — but the team still looks to be making adjustments.

At its best, Maryland this season has treated fans to blowout wins against mid-tier competition and played an all-around match against a nationally ranked Baylor squad in Waco, Texas. But there also have been several stumbles, notably a blowout loss to No. 1 South Carolina and to DePaul.

Another test against a top 10 opponent tied for fifth in the nation in scoring with 90 points per game will give Frese and her coaching staff another opportunity to see how the team is progressing as a unit and how much further it still has to go.