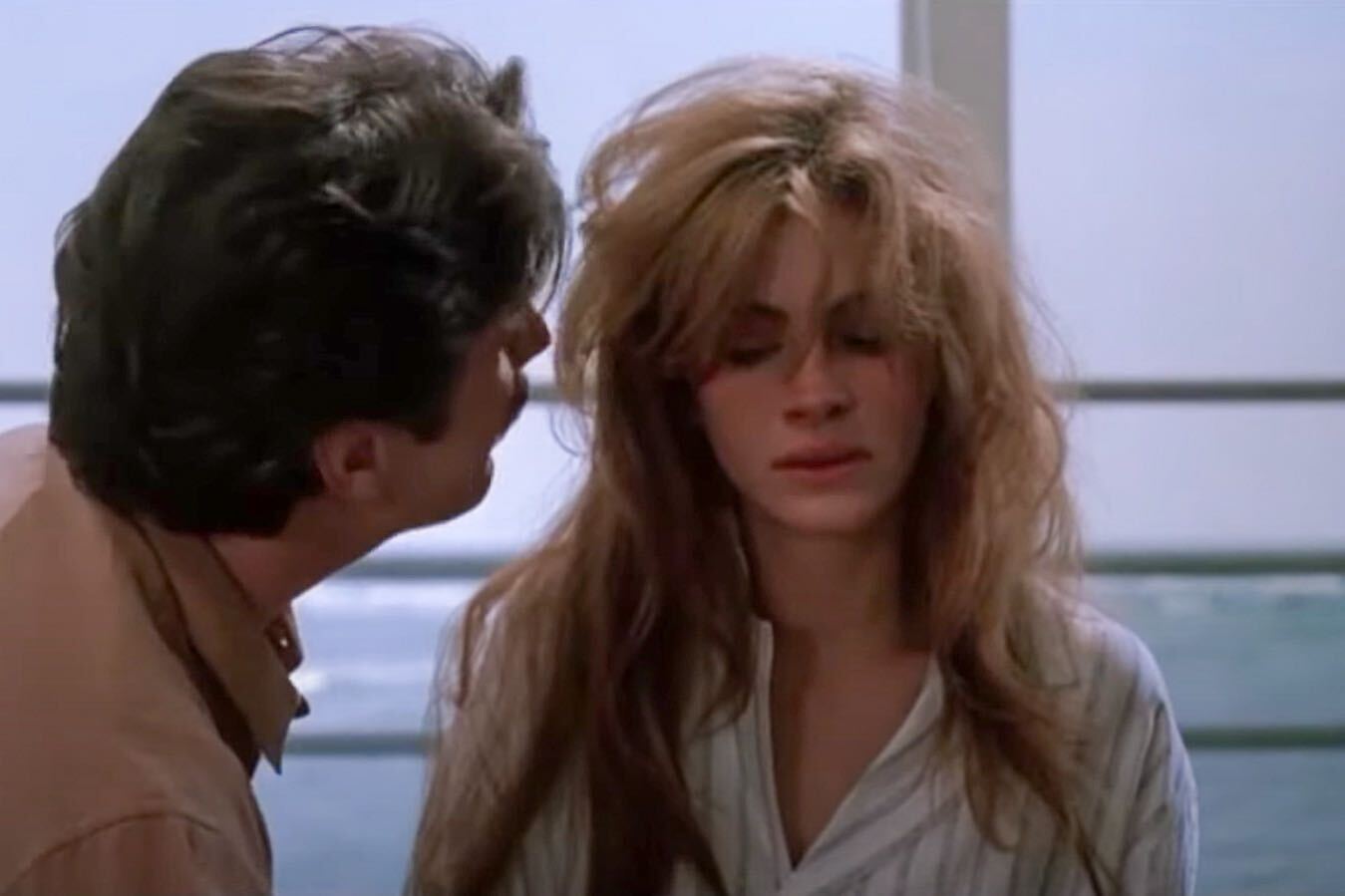 Graphic scenes of sexual violence against women in film are nothing new — even multi-generational icon Marilyn Monroe can’t escape fictionalized stories about sexual assault in her biopics. And the reality of these scenes is that they’re as unnecessary in graphicness as they are harmful.

In September, the recently released biopic Blonde received exceptional criticism condemning the film for its graphic depiction of sexual assault. In the first 20 minutes, Monroe was stripped of her underwear, pushed to the floor with her cheek pressed against the ground and raped during a Hollywood audition.

“It was graphic, and it was unnecessary,” said sophomore psychology major Maria Kolias. “That’s where it goes [into] sensationalizing sexual assault.”

For decades, women’s suffering and trauma has been used to create audience-shocking spectacles in film. However, these often-triggering scenes are minimally productive in addressing sexual violence against women off screen.

Women are objectified in classical Hollywood cinema in various ways, according to Susan Pramschufer, a senior lecturer of American studies and English with expertise in film and cultural studies at the University of Maryland. Oftentimes, viewers see the objectification of women in how they are punished in film.

“We’re looking at these films through a male gaze, a heterosexual male gaze,” Pramschufer said. “What we find is that it’s not just objectifying [women] by getting close-up shots of their body — and that would be what we would call fetishistic scopophilia — but also through sadistic voyeurism.”

Viewers get pleasure in seeing women experience the kind of punishment that helps affirm the patriarchy, she added. When women are diminished, men are positioned as being the ones in control.

But this is not just a recent phenomenon in film. In the 1970s, Hollywood and independent films tried to address women’s changing roles in society and the empowerment that came from second-wave feminism. However, the results in film were troubling.

“Hollywood just didn’t know what to do with women,” Pramschufer said. “So oftentimes, their idea of how to present women in a more progressive light was, ‘We’ll make them more sexual and will allow them to have more sexuality on screen,’ and sometimes that sexuality was met with punishment.”

While some movies shifted to incorporating revenge plots for women to prove their resilience by getting back at their offenders, those storylines can be just as problematic.

“We’re still left with this really uneasy feeling that they’ve somehow been diminished as a result of that initial, really visceral, feeling of punishment,” Pramschufer added. “Women have a tough role in society, but rather than putting the onus on the men, we’re going to put the onus on the women.”

Women’s resilience, however, can be showcased in different ways, such as focusing on their healing.

“[Films] never focus on how the woman is resilient and has overcome and the path that she has gone through,” Kolias noted. “Stop making it about the assault and make it about the woman.”

Including this kind of graphic violence against women on the screen is a lazy and unnuanced way of presenting trauma and the journey that occurs after it, Pramschufer said. And, its impacts don’t necessarily stop where the television screen ends.

Shelby O’Brien, a sophomore psychology and women, gender, and sexuality studies major, who is the academic outreach chair for Preventing Sexual Assault, said that sometimes films are so triggering she has to turn them off.

“It mentally just sends up a warning in my brain that kind of goes through my nervous system, it’s like that fight or flight warning that as soon as you see it, it’s just something that brings up that trauma,” O’Brien said. “[It] starts to physically affect me and my body starts to tense up … it’s just [physically] draining.”

Sexual violence is an everyday fear for O’Brien and many of her friends. Yet, even for those who haven’t experienced a sexual assault or similar situation, the scenes can still trigger other women as they depict horrible acts taken against someone of the same gender.

When viewers are constantly shown images of women violated, with little to no complexity or nuance, cinema goes back to punishing women with no kind of social message, Pramschufer said.

This not only influences women who watch the film, but it has serious societal implications as well, O’Brien noted.

The lack of justice and accountability offenders face in cinema further perpetuates this fear of sexual violence against women. However, there are other ways to talk about sexual violence.

Filmmakers can scratch the graphic scenes altogether and allude to the event, O’Brien suggested.

In the 1991 film Thelma and Louise, the plot alludes to sexual assault, but the characters never speak directly about it. By preventing the audience from seeing the assault, it also prevents them from defining and categorizing the assault in order to judge how a woman processes the private and complicated matter.

“The character [in Thelma and Louise] never reveals all the intricacies of her sexual assault, [so] then we can’t blame her for it,” Pramschufer said. “We can’t look at her and judge her for what her position was and [her] relationship to it. Instead, we just have to accept that the assault happened and that it was horrifying and awful.”

There are always going to be directors who use these graphic scenes, regardless of whether it triggers an audience or not, because it’s going to draw an audience. However, more directors will likely start to challenge that.

“You’re going to find directors who are really invested in creating and crafting nuanced and complex messages about women’s experiences,” Pramschufer said. “They’re going to present things like assault in really authentic ways that are not creating spectacle or allowing for that male gaze or fetish.”