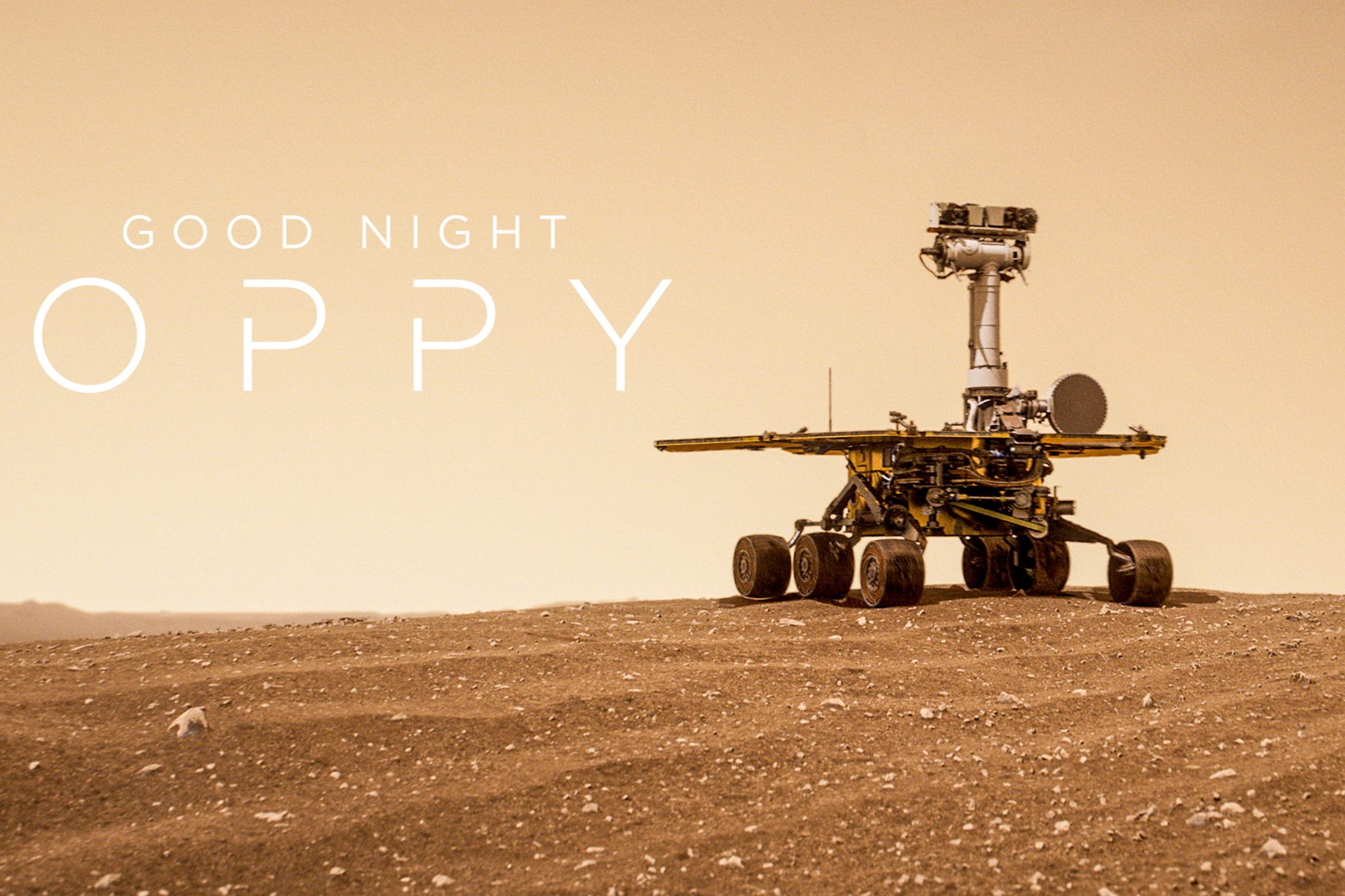 The personification of robots has long held an allure in the public imagination. From WALL-E to R2-D2 to Star Trek’s Data, the media has latched onto projecting human traits and personalities onto artificial intelligence. As Amazon’s recent documentary Good Night Oppy reveals, NASA missions are no exception to this.

The documentary explores our relationship to machines in the context of the 2003 Mars Exploration Rovers, Spirit and Opportunity — the latter of which was fondly christened “Oppy” by the team. The rovers were designed to gather geological information about whether water had been present in the history of Mars, part of the ever-evolving search for extraterrestrial life. Water is one of the key ingredients of life, and evidence of it having existed on Mars would give an invaluable insight into the possibility that the planet once wasn’t the barren wasteland we know it as today.

The opening sequence of the film — a stylized pan over the sandy, reddish surface of Mars — sets the scene for the cinematic story of two twin rovers embarking on a quest to discover the lost secrets of a lonely planet. The documentary then moves into an overview of the mission, the team behind it and the significance these two rovers held for the engineers who created them. We are treated to a chronicle of the conception of Spirit and Oppy, the nail-biting drama of the launch and the eventual scientific discoveries they would make on their journey on Mars.

[Review: Netflix’s ‘Slumberland’ is mystical and exciting but is over-explained]

The mission was initially planned to last 90 sols — Martian days — before the rovers would lose contact with mission control. However, Spirit and Oppy proved more tenacious than that, and their respective lives ended up lasting much longer. Spirit continued for six years, and Opportunity continued communicating with Earth until 2018.

The documentary leans into the theme of humanity’s interesting tendency to develop emotional connections with robots. Throughout the film, the rovers are referred to with she/her pronouns and are spoken about in a very anthropomorphized manner. The engineers speak about the rovers as one might speak about a child. As one interviewee said about Oppy, “She was a friend.”

It’s hard not to feel a pang of grief when the last moments of each rover’s missions are relayed, and the documentary shines a compelling light on the inspiration that these rovers and the mission at large had on people and their enthusiasm for space exploration.

It is equal parts a film about the immortal drive of scientific exploration and the ways in which technology allows for the advancement of knowledge and a strikingly emotional chronicle of the life and “death” of two rovers dutifully performing their missions.

As artificial intelligence continues to advance, it will become more and more present in our everyday lives — and Spirit and Oppy are far from the last Mars rovers. In July 2020, NASA launched the Perseverance rover with the task of continuing the mission of geologic exploration and seeking answers about possible past life on Mars.

I came away from Good Night Oppy not only thinking about humanity’s search for extraterrestrial life, but also with a new perspective on our relationship with the mechanical “life” we create here on our own planet.