Review: Jonah Hill’s ‘Stutz’ takes us on a journey through therapy 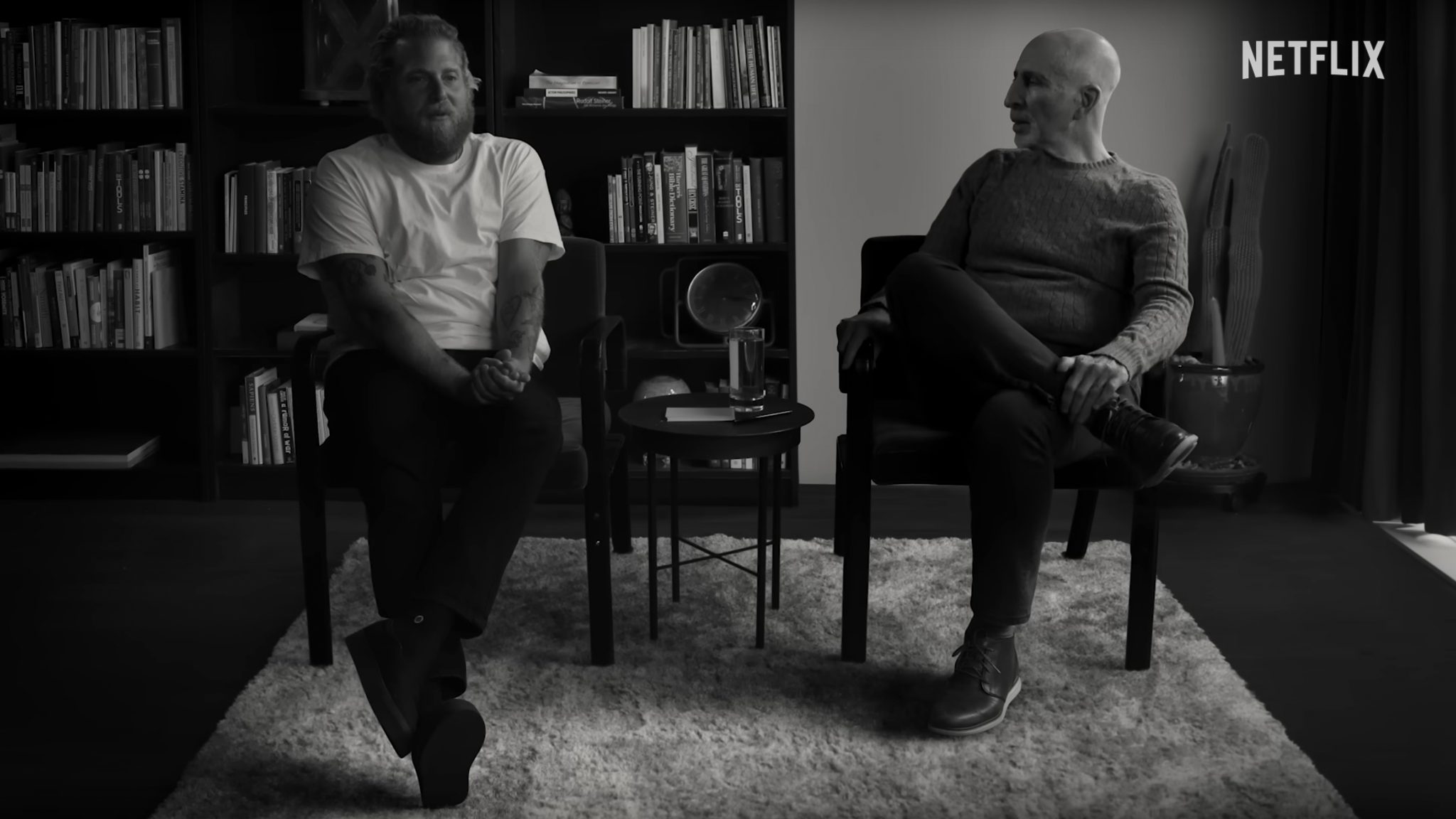 Therapy is scary, and allowing yourself to be vulnerable is constant work.

Through the tools and drawings Stutz concocted to help patients visualize and navigate sadness and anxiety, the hour-and-a-half-long therapy session shows viewers how to find opportunities to grow in the most unpleasant experiences.

The film takes on the stance of a patient, growing throughout the sessions, just as Hill did. Coming to terms with how the film, like almost all people, falsely represents itself, the conversation is livelier and more honest thirty minutes into the film after Hill starts telling the truth.

The expensive-looking office flashes away in the background, and a greenscreen is revealed. Hill pulls off his long, wispy-hair wig. Wearing the same clothes, day after day over months, all to make the documentary appear as if it was filmed in one session, Hill reveals how it wasn’t even close to the truth — no therapy is a one-and-done visit.

After revealing his anxiety about landing such massive ideas in a film the documentary gets real about how to liberate yourself from self-judgment.

Stutz takes a proactive approach to the healing process because, for him, sitting back to listen to someone’s struggles and watch them suffer through them is “bullshit.” His goal is to give patients tangible steps to get what they want through simple tools. Beginning with the understanding that reality consists of pain, uncertainty and constant work, viewers can begin to conceptualize their lives. First, there’s life force, or what makes someone feel alive. Then, there’s Part X, the invisible force that keeps you from changing.

After acknowledging those parts of the human mind, Stutz’s tools help the viewer embrace the unavoidable aspects of the latter. Weaving in and out of stories from Hill and Stutz, viewers are taught how to value each action in life, form a relationship with the parts of ourselves we most avoid, reenvision our fantasies of perfection and free ourselves from our past.

Through constant work to employ these tools in our everyday life, the lighter and happier parts of life become easier. With eyes closed but eyelids fluttering, Hill goes through exercises of active love toward someone or something negative. Then, he relearns radical acceptance of what he can’t change and begins to express gratitude for little things.

Finally, the film shows loss processing, where we teach ourselves to connect with people and things but not fear losing them.

The film isn’t overly serious despite its monochrome nature, and the witty exchanges between Hill and Stutz lighten the mood even more. But the film best captures the bond between the two men, highlighted throughout the movie with punctuations of “I love you.”

It was refreshing to see both Hill and Stutz show their vulnerability. It even made it easier for me to make the long overdue call to schedule a therapy appointment. It didn’t make it less scary and my voice still wavered on the call. But I did it, and that’s not something I could do before watching the film.