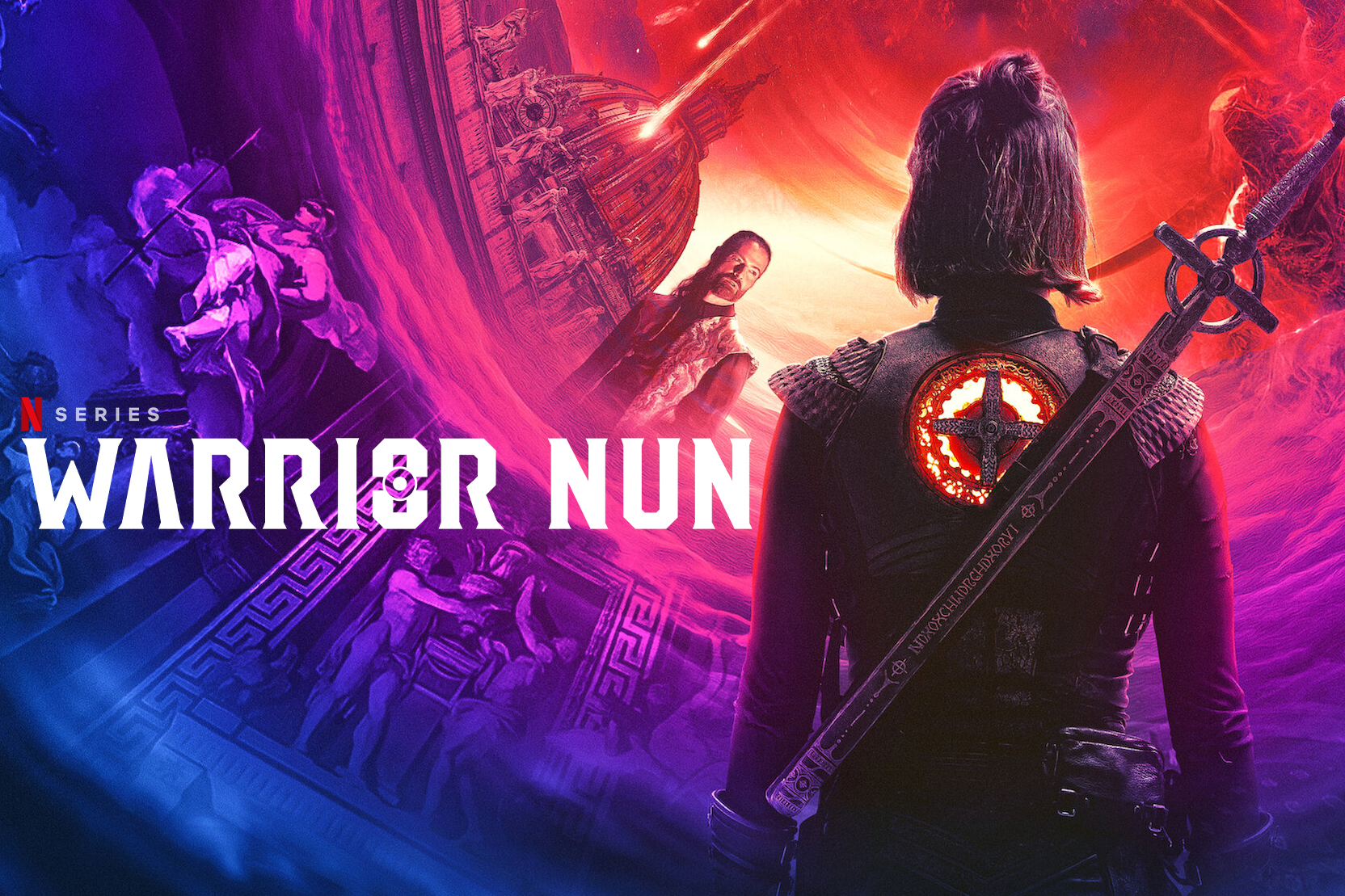 When I heard the title Warrior Nun for the first time, I was highly skeptical. But it was July 2020, still the early days of the COVID-19 pandemic, and I had nothing better to do. I was quickly hooked.

The second season of the Netflix show dropped Thursday, and it was much better than I expected. The show stars Portuguese actor Alba Baptista as Ava, an orphan who died but had a halo implanted in her back. The halo sits under her skin and lights up when she uses its powers. The halo brought her back to life, but also gave her immense power and responsibility, making her the warrior nun.

She is inducted into the Order of the Cruciform Sword, a group of nuns who protect the halo and fights against demons. The first season ends with a new character, Adriel, the main antagonist of the second season, getting released from his tomb and trying to take over the world.

While the second season’s plot twists were predictable in many ways, it was also really fun to watch. I especially appreciated the queer representation and the fact that the writers were able to comment on the dark side of Christianity.

But, the second season introduced a new organization and a couple of new and interesting characters. Many of those new characters came in toward the last few episodes of the series, leaving them with very little time to become their own people.

Even Yasmine Amunet, one of the new characters who shows up in about half the episodes, doesn’t get the recognition and development she deserved. She is shown to be a highly intelligent and talented woman, and she has good fighting instincts. However, I would have liked to see more of her struggle with being away from her family or dealing with the death and destruction that comes with being near the Order of the Cruciform Sword.

However, we were able to see the original cast grow and develop.

Ava and Sister Beatrice struggled with their attraction to each other and with being a part of normal society. Mother Superion and Sister Camilla got closer and showed tremendous growth.

Camilla also gains a lot of confidence in the period between seasons. Mother Superion shows more of her humanity and reflects on her experience as the Warrior Nun.

There is also an intriguing character study of Lilith, a member of the Order of the Cruciform Sword who was supposed to receive the Halo implanted in Ava.

During the first season, Lilith goes to another realm and returns with physical changes as well as supernatural powers. She struggles to deal with these changes throughout the second half of the first season.

In the first episode of the second season, we see Lilith has grown into her powers, but is also desperate to understand them and the changes happening to her body.

In her desperation, the woman who was once so dedicated to the Order of the Cruciform Sword turns to Adriel for help. Watching her desperation for answers change her is terrifying.

There’s no news yet on season three, but Warrior Nun is definitely a show I could keep watching as long as it keeps its character development going and doesn’t go too off the rails with the ideas of Heaven and Hell.