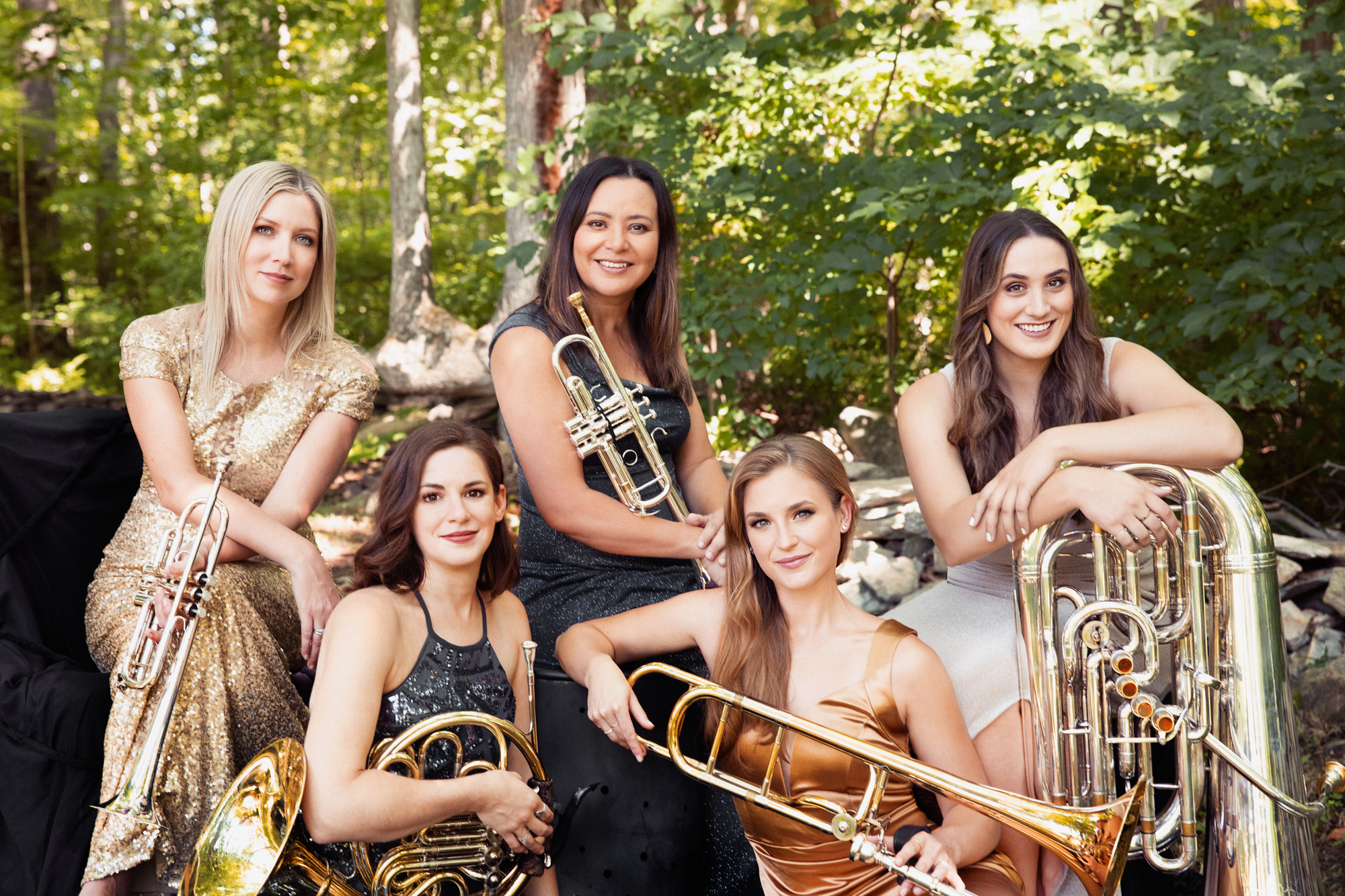 After a 30-minute, dark and dismal ride underground on the unforgiving Metro, I was met with more gray hues and wet concrete in the industrial and democratic ecosystem that is our nation’s capital.

This dreary Sunday afternoon greeted me with a cold slap to the face, but the National Gallery of Art opened its arms wide with warmth and sincerity. Before I heard the first greeting from a staff member, I heard a brass, choral sound pour into every space in the building.

This sound was none other than Seraph Brass, five women with two trumpets, a french horn, trombone and tuba. They stood squarely in front of the fountain in the rotunda on the main floor on Sunday.

Seraph Brass, founded by trumpet soloist Mary Elizabeth Bowden, featured her and artists Raquel Samayoa on trumpet, Rachel Velvikis on horn, Victoria Garcia on trombone and Cristina Cutts Doughtery on tuba. The group is some of the finest musicians in the brass world, whose musical talent and prowess continue to impress.

Passing guests stopped, awestruck by their sound that soared to the top of the dome. For just 30 minutes in this preview concert, the art on the walls had been forgotten, and instead we witnessed these five brilliant musicians tell us melodic stories.

Through classic brass chamber music, the group had us frozen in time. Not just in that space, but throughout the building. They set the mood for the afternoon and suddenly, we forgot that cold and uninviting trip we took to get there. For just that time, nothing else mattered except for their glorious sound.

And the venue allowed for some pretty intense reverberation. Every phrase rang for so long, I wasn’t sure when it actually ended. It was almost as if the room wanted you to be sure you heard it.

This was just the preview concert – a brief presentation the group had planned to perform two hours later in the West Garden Court. We heard classic chorals but also some selections from Leonard Bernstein’s “I Feel Pretty” and “America” from West Side Story.

Seraph Brass took the stage later the same afternoon to a packed house of listeners. People filed in, snagging seats as there were few to select from, people were relentless and treated their seats like a privilege they didn’t want to let go of.

The group opened with Edvard Grieg’s “Prelude” from Holberg Suite – the perfect introduction to the concert, a true brass chamber music classic. Pieces including Claude Debussy’s “Rêverie” and David Chesky’s “Central Park Morning” were highlights of the atmospheric and serene images they painted for that therapeutic hour of music.

The quintet effortlessly navigated through harmonic structures together, as one homogenous sound, never sounding like five musicians, but one group. They always watched each other as they made musical decisions together.

And during more technical pieces, the group masterfully performed without a bead of sweat, truly showcasing the most extreme ends of their technique through range and clarity. The most compelling were in pieces such as Kevin McKee’s Vuelta Del Fuego and Reena Esmail’s “Tuttarana” from Khirkiyaan: Three Transformations for Brass Quintet.

The audience was floored by their impeccable talent, and their presence on stage was inviting, truly worth returning to. So much so that Seraph Brass returned to the stage with Rossini’s William Tell after the program. It was a performance eyes and ears simply couldn’t get enough of.