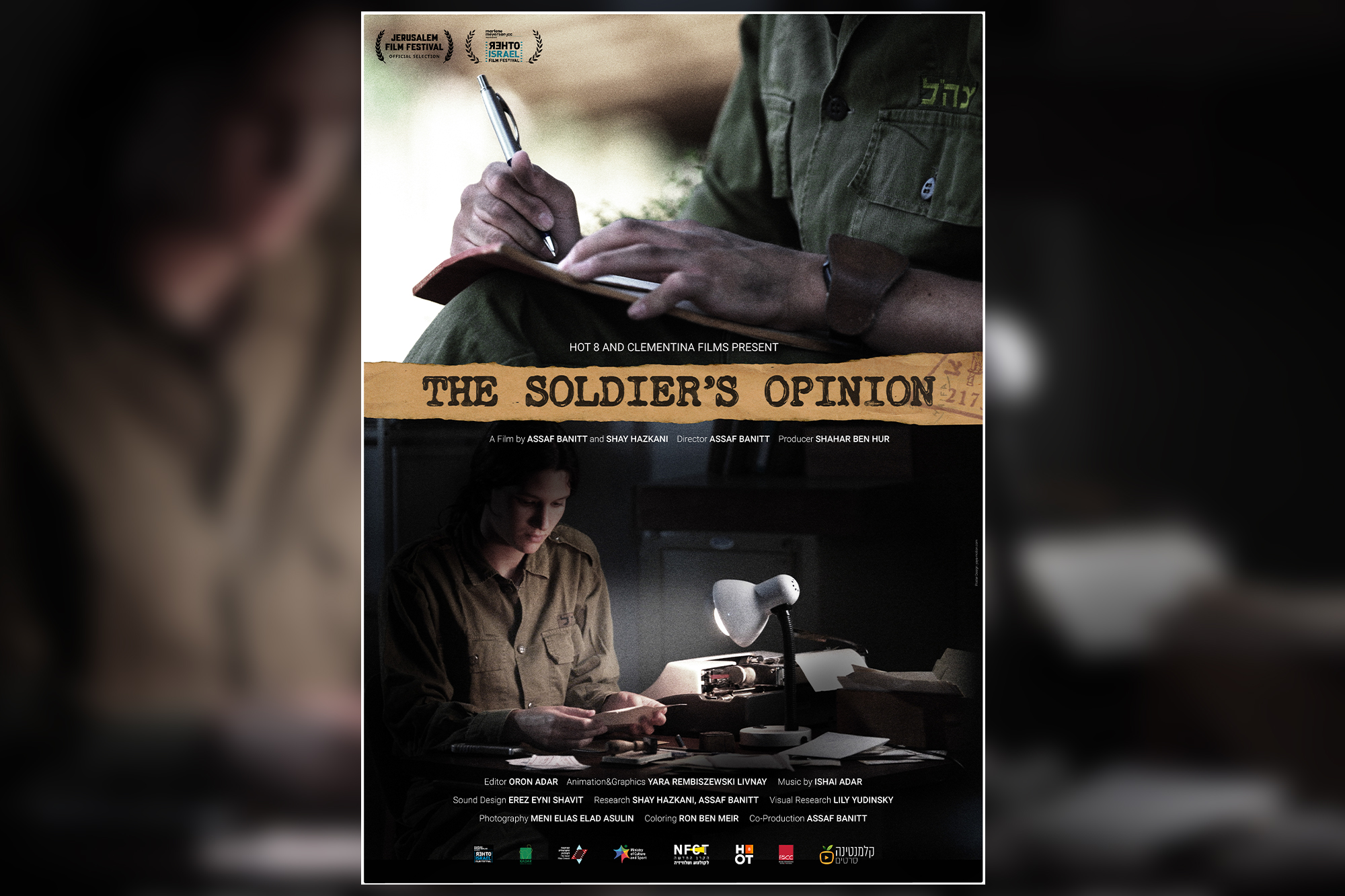 By Lilly Roser
For the Diamondback

A University of Maryland professor’s 2007 reporting revealed widespread surveillance of Israeli soldiers and occasional retaliation against soldiers by the Israeli military. The reporting was used for a documentary, The Soldier’s Opinion, which was screened at this university on Nov. 9.

Jewish studies professor Shay Hazkani was a journalist in Israel in 2007. When he investigated the Israel Defense Forces, he realized data would often reference a classified report titled, “The Soldier’s Opinion.” This led Hazkani to a decade-long journey of uncovering, researching and revealing the findings in both a book and more recently, a documentary.

While it was public information that the Israeli military would examine soldiers’ letters to minimize potential leaks of military secrets, Hazkani’s research revealed the military also read and copied these letters to analyze the lives, thoughts and minds of soldiers, hence the military report’s name, “The Soldier’s Opinion.”

“There was a long legal struggle to get a lot of these materials declassified,” Hazkani said.

When Hazkani first viewed the report, he came across copies of letters that told personal stories of war experiences. Every letter an Israeli soldier sent from 1948 to 1998 was copied and categorized by the military, then rerouted to the intended recipient.

Hazkani said the letters in the report revealed themes that were never perceived by the public.

“[Soldiers doubted] some of the underlying nationalist story that was very pervasive in Israel then and is very pervasive, perhaps even more, in Israel today,” Hazkani said. “I was obviously attracted to the dissenting voices.”

In infrequent cases, soldiers’ letters would be unknowingly held against them. If a letter expressed homosexuality or dissenting political views, letters could be flagged and reported to the soldier’s unit.

[UMD will still prohibit cannabis on campus after statewide legalization]

By the end of the research, it was concluded that this collection was ultimately an invasion of privacy as a mechanism for social control.

Assaf Banitt, a filmmaker and eventual director of The Soldier’s Opinion, read Hazkani’s reporting and contacted him about using it for a documentary.

“That was literally a once in a lifetime opportunity for me to put my research out there for ordinary people to engage with,” Hazkani said.

Banitt was a soldier who wrote personal letters during his time in the military. He was inspired to make a documentary about the secret surveillance because of the hurt and betrayal he felt after the extent of the surveillance was exposed.

“I knew [the letters] were being read and censored but I had no idea that it was not for the security of Israel, but intelligence, resources and analysis,” Banitt said. “So, when I read [Hazkani’s] article … I was furious and I was fascinated and that’s a good mixture to start making a film.”

Hazkani wanted to use the documentary to make his research accessible to more people.

“I was very, very fortunate that [Banitt] fell in love with the source the way I did and was very eager, and very capable, and very, very talented to make these letters … into an engaging work of art.”

Hazkani’s goal for his research to reach a wider audience was realized with the screening of the documentary.

“This is a wonderful opportunity to see academic research in a very accessible medium,” said Eric Zakim, event moderator and Jewish studies professor. “The transformation of research into film is a wonderful collaboration that really extends the research to different sorts of audiences.”

CORRECTION: A previous version of this story’s headline misstated the name of the documentary. The headline has also been updated to better reflect UMD professor Shay Hazkani’s contribution to the documentary.
Please support our journalism by donating to The Diamondback.
Categories:
Tagged: