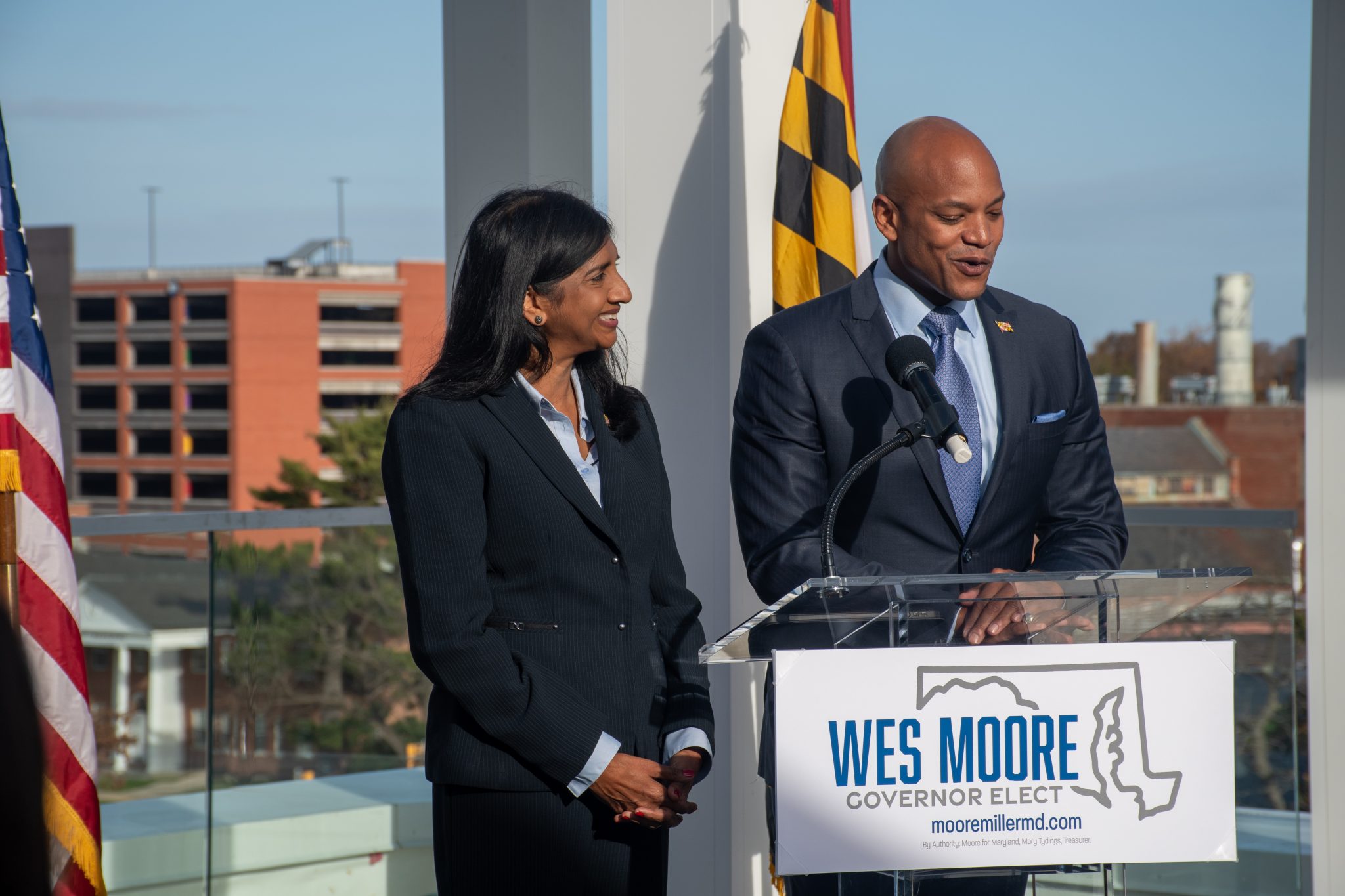 “We must enlist leaders who are not only exceedingly competent, but innovative and hard-charging as we rebuild government to meet the urgent needs families face and make Maryland more competitive,” Moore said in a news release.

Fagan Harris, who has never worked in government before, will be serving as the administration’s chief of staff.

Moore and Harris co-founded Baltimore Corps, a nonprofit organization that focuses on career advancement, innovation and equity in Baltimore. Harris serves as the president and CEO of the organization.

Harris, who was raised in Maryland, also serves on the board of directors for AmeriCorps and on the Blueprint for Maryland’s future accountability and implementation board.

Moore selected Tisha Edwards to serve as the administration’s appointments secretary. Edwards, a lawyer and one of Moore’s closest advisors, was the chief of staff for Moore’s gubernatorial campaign. In her new role, Edwards will be appointing individuals to serve in the administration, on state boards and on state commissions.

Edwards previously worked in several positions at Baltimore City Hall and in Baltimore City’s school system. She was also president of BridgeEdU, an education company founded by Moore.

Amanda LaForge, a Democratic campaign lawyer who served as counsel to Moore’s campaign, will be the administration’s chief legal counsel. She worked in state government under Maryland secretary of state John Willis during Parris Glendening’s gubernatorial administration.

LaForge helped create Emerge Maryland, an organization that helps Democratic women run for office. She is the group’s vice chair.

Moore chose Del. Eric Luedtke (D-Montgomery) as the administration’s chief legislative officer. Luedtke is majority leader of the Maryland House of Delegates — though his new role means he will have to resign — and a public policy clinical associate professor at the University of Maryland.

“Universally respected by his peers, he will be an asset to the Moore-Miller team,” Adrienne Jones, speaker of the House of Delegates, said about Luedtke in the news release. “While we will miss him in the House, his contributions to the people of Maryland will continue.”

Helene Grady will be serving as the budget and management department’s secretary. She is currently vice president, chief financial officer and treasurer for Johns Hopkins University and used to serve as deputy finance director for the city of Baltimore.

“These ‘Day One’ appointments are already doing the work to move our state forward in their respective roles, and we are thrilled to bring them together to help build a stronger, healthier and wealthier Maryland,” Lt. Gov.-elect Aruna Miller said in the news release.