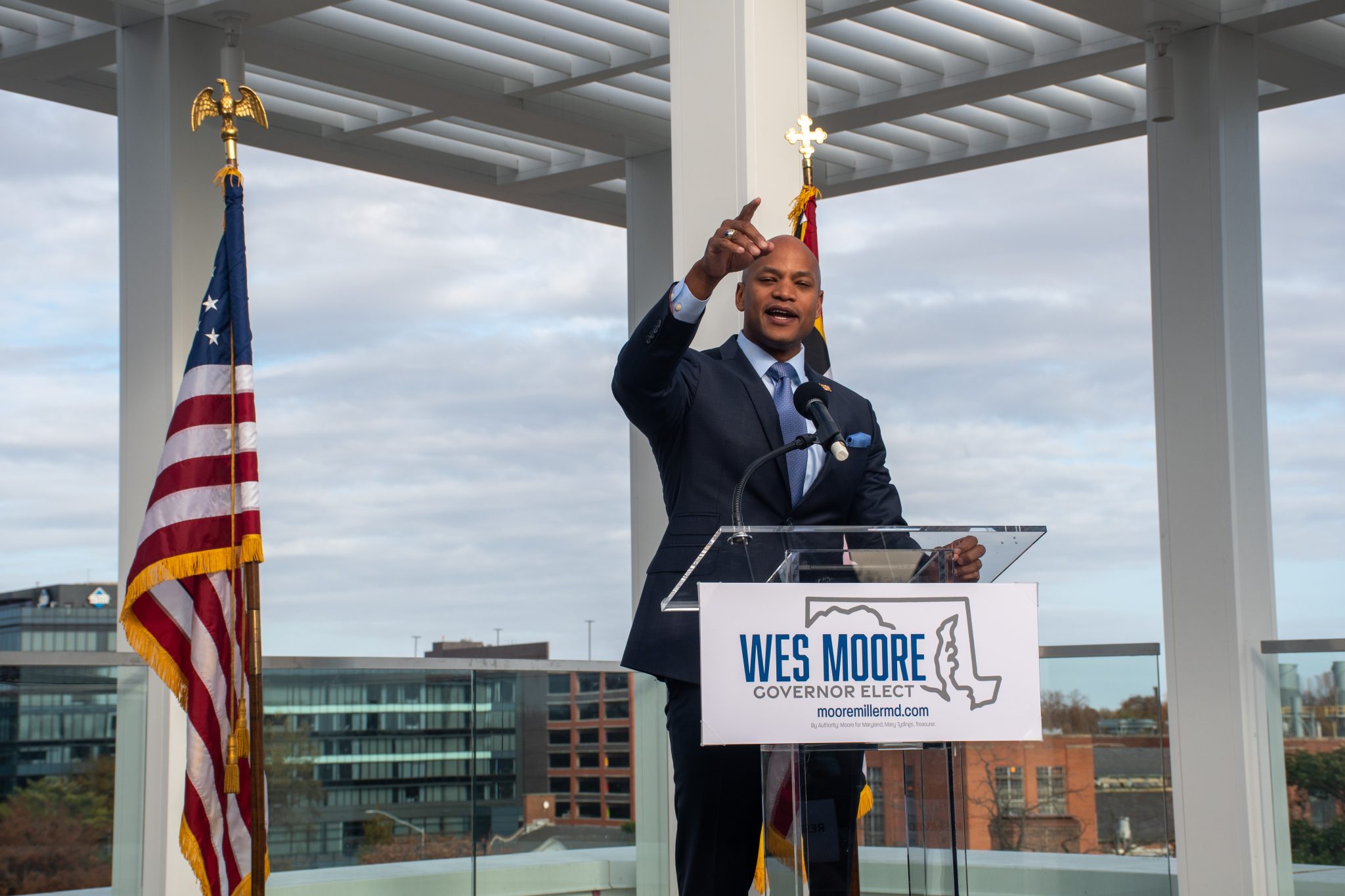 Ken Ulman, a former Howard County Executive and the president of the Terrapin Development Company, will serve as a co-chair of Moore’s transition team.

Prince George’s County Executive Angela Alsobrooks will also be a co-chair. Alsobrooks will bring great leadership to the team across the next two months, lieutenant governor-elect Aruna Miller said. Alsobrooks endorsed Moore for governor in March.

“She’s committed to the state of Maryland,” Miller said. “She has taken Prince George’s County to the highest of elevation.”

The event came two days after Moore’s historic election win on Tuesday, where he became the first elected Black governor in Maryland and the third in the United States. The transition team, which includes local officials, will help prepare Moore’s administration ahead of his inauguration on Jan. 18.

The transition team and nine policy committees will guide decision-making before Moore takes office. In the next two months, the future administration will work to actualize its policies on sweeping education reform and service year options for high school graduates – two campaign cornerstones.

Moore also discussed how his priorities for the transition will translate into his administration’s ability to hit the ground running when the Maryland General Assembly reconvenes in January.

Public policy students at this university attended Moore’s press conference Thursday, where he credited young people for believing in his campaign before any other Marylanders did.

During the transition process, Moore and Miller will provide avenues for young people to engage with the policy committees and shape administrative priorities, Moore said.

Having a transition team that represents Maryland’s geographic and racial diversity, as well as the input from the state’s younger generation, will lead the future administration to fulfill its campaign promise of leaving no Marylander behind, Moore said.