Democrat Wes Moore will be Maryland’s next governor 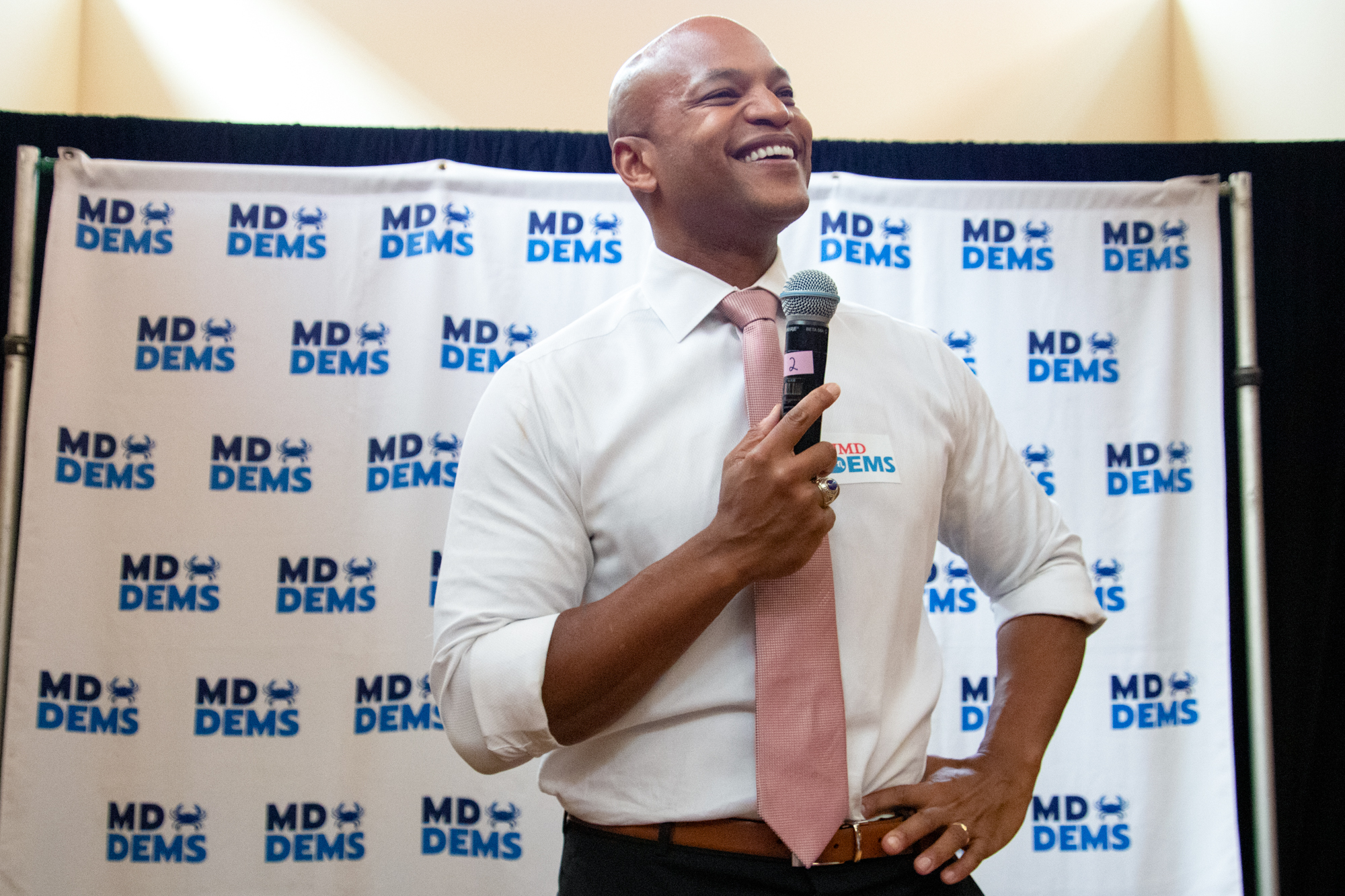 Democrat Wes Moore will become Maryland’s next governor after beating opponent Dan Cox in the 2022 election, marking a shift back to a Democratic governor.

The victory was the first in a series of Democratic wins for statewide office, with victories in the attorney general and comptroller races as well.

Moore, a veteran and businessman who was formerly the CEO of the Robin Hood Foundation. The Associated Press called the race just after the polls closed at 8 p.m. on Tuesday. Moore earned 59.8 percent of the vote while Cox earned 37.1 percent as of Wednesday afternoon, when almost 90 percent of votes were reported. Moore led by an especially large margin in Prince George’s County and Baltimore City, two Democratic strongholds.

“Maryland … you showed that if we stand divided, we cannot win—but if we stand united, we cannot lose,” Moore said on Tuesday. “When I was an Army captain and led soldiers into combat in Afghanistan, we lived by a simple principle: Leave no one behind…Real patriotism means bringing people together. It means lifting each other up and improving each other’s lives. Patriotism means knowing that our country is great—and that if we do the work, it will be even greater. Tonight we celebrate, and tomorrow we get to work.”

After initially not conceding on election night, Cox conceded the race early Wednesday afternoon, congratulating Moore on his victory. The Republican voiced confusion about election results.

“While we always felt it might be a close race, the outcome was a complete surprise,” he said in a statement.

A political newcomer who has not held public office before, Moore will become Maryland’s first Black governor and the third Black governor elected in the U.S.

Aruna Miller, Moore’s running mate who previously served in the Maryland House of Delegates representing District 15, will serve as the state’s lieutenant governor.

Miller, who immigrated to the United States from India as a child, is the first immigrant elected to statewide office in Maryland.

Moore’s platform was built on improving the state’s public schools, a statewide transition to clean energy and protecting abortion rights for Marylanders, among other issues.

In July’s primary elections, Moore coasted past an expansive field of other Democrats, including former U.S. Secretary of Labor Tom Perez and Secretary of Education John King. Perez congratulated Moore and Miller on Tuesday evening.

Democrats also had success in other statewide offices.

Democrat attorney general candidate Anthony Brown defeated his Republican opponent Michael Peroutka. Brown had 60.1% of the vote as compared to Peroutka’s 39.9% as of Thursday morning. The Associated Press called the race just after 11 p.m. Tuesday. Peroutka said Wednesday he does not plan to concede the race. He said, without evidence, that there were “many odd and suspicious incidents” reported at the polls, which he plans on investigating.

Late Tuesday evening, Republican comptroller candidate Barry Glassman conceded the race to Democrat Brooke Lierman, who will become the state’s first woman to hold the position. As of midnight, Lierman earned 58.4% of the vote and Glassman earned 41.6%.

“I am deeply humbled to have earned the support of voters across the state and excited to get work for the people of Maryland,” Lierman said, according to a press release from her campaign.