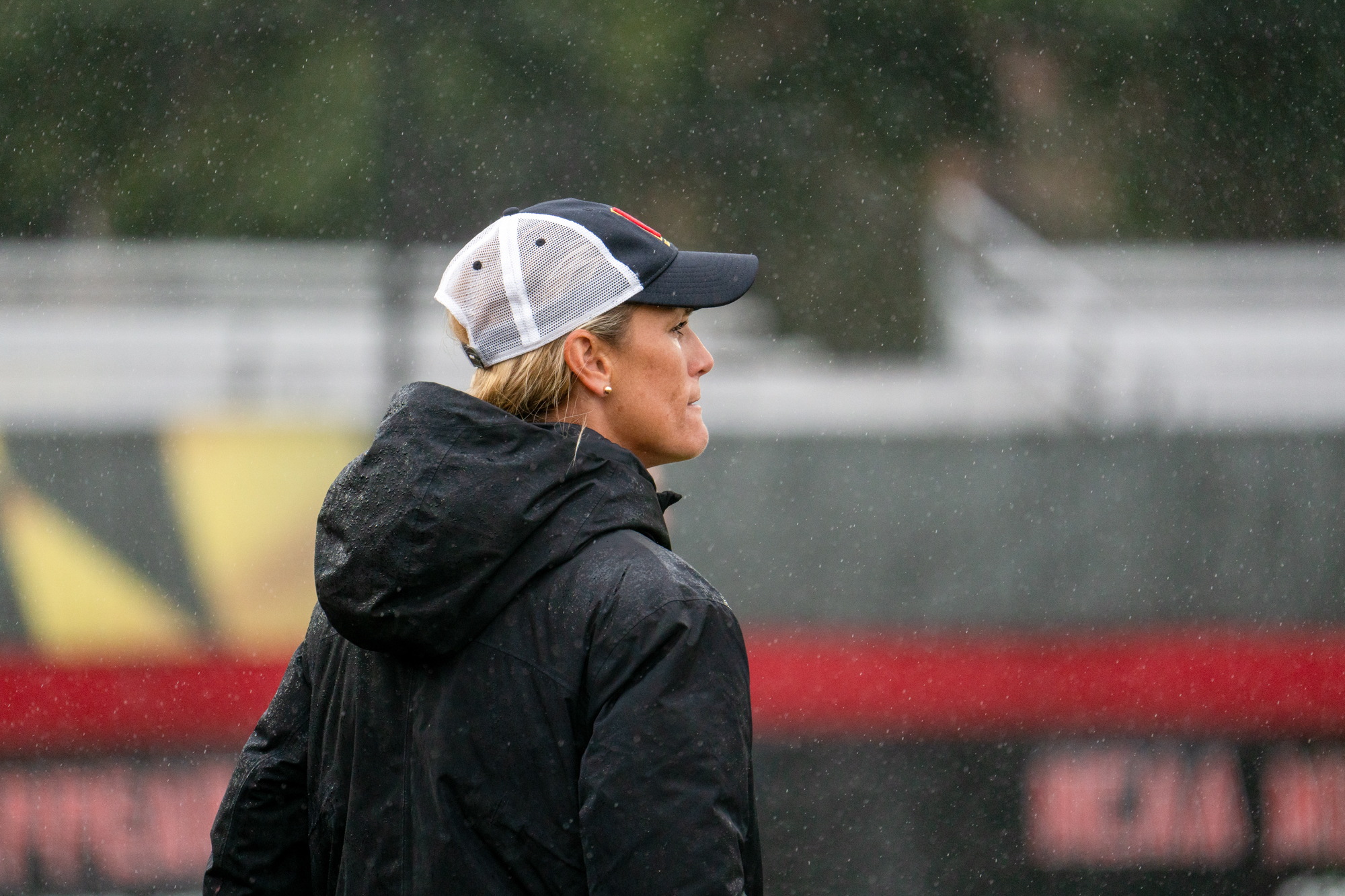 After a Purdue mishap in its own half, Ava Morales reacted quickly to get to the ball first and immediately drove toward the Boilermaker backline. After getting a yard of separation from the nearest defender, the freshman squeezed an effort toward the far post to score her second goal of the day and her early career.

Upon scoring, Morales turned to her teammates who joined her all in smiles as Maryland celebrated its second lead of the day.

“We wanted six points coming home but knowing that it was our last two games together as a team, we really just wanted to enjoy every moment and not take a second for granted,” Catherine DeRosa said. “We wanted to send our seniors out with two wins.”

Maryland went into its last two games of the season knowing postseason hopes were already put to rest, but the Terps still showed promising glimpses of what could be expected of the program in the future as they finished the year with two wins.

Maryland’s Big Ten play started off with the biggest result for the program in years. The Terps hosted and defeated an in-form Michigan squad to earn their first Big Ten win since 2019 and first win over the Wolverines in program history.

However, coach Meghan Ryan Nemzer’s squad struggled to maintain its record in her first season at the helm following the record-breaking win. Maryland lost its next seven games and failed to make the Big Ten playoffs for the third season in a row.

The Terps suffered second-half breakdowns regularly in the latter half of the season. In games against Wisconsin, Rutgers and Illinois, Maryland struck first but failed to come out with the result or fell victim to late winners.

“A little bit more competitive edge is what we need right now,” Nemzer said. “The talent and leadership was there, I just think it’s just that edge right now, which I’m looking forward to developing.”

While Nemzer’s team finished with the same amount of wins last season, Maryland won three conference games this season alone — the most the Terps have recorded in a single year since 2019.

Maryland was also able to record its first-ever back-to-back Big Ten road wins in program history at the end of the year with victories over Indiana and Purdue.

Nemzer and her coaching staff are already focused on what comes next, continuing to bring in an abundance of quality to the program after adding 19 newcomers last season.

Maryland’s 2023 recruiting class is ranked 11th in the nation and first in the Big Ten by Top Drawer Soccer. Three of nine members of Nemzer’s 2023 recruits will arrive in Maryland this spring.

Many of the recruits have cited Maryland’s competitive environment as the reason for their decision, something Nemzer stated she and her coaching staff have already begun working on since the season ended.

“As soon as the season was over, we came up with ideas and even a support staff of how we make it more competitive,” Nemzer said. “One of the questions I asked recruits is do you love winning or do you hate losing, and if their answer is I hate losing, that’s the recruit I want.”
Aside from the newcomers, Maryland will continue to lean on younger players such as freshmen Tahirah Turnage and Morales following the departures of longtime players Alyssa Poarch, Mikayla Dayes and Malikae Dayes.

Morales and Turnage showed potential after racking up 416 and 682 minutes this season, respectively. Morales scored twice in the season finale against Purdue and became the first freshman Terp to record a brace since Mikayla Dayes in 2017.

“Ava really grew into the season, and we expected her to do that,” DeRosa said. “She’s extremely hard-working and she’s young, she’s eager, she’s always asking questions and that’s exactly what you want your younger players to be doing.”

Turnage earned Big Ten freshman of the week honors following her performance against Michigan in September, becoming the first Terp to win the award since 2018.

Although Maryland failed to qualify for the Big Ten tournament, the development of young players and promising recruiting classes the Terps have brought in so far leave hope for the future.

“I say it over and over again, buy stock now … because the stock is only going to go up,” Nemzer said.