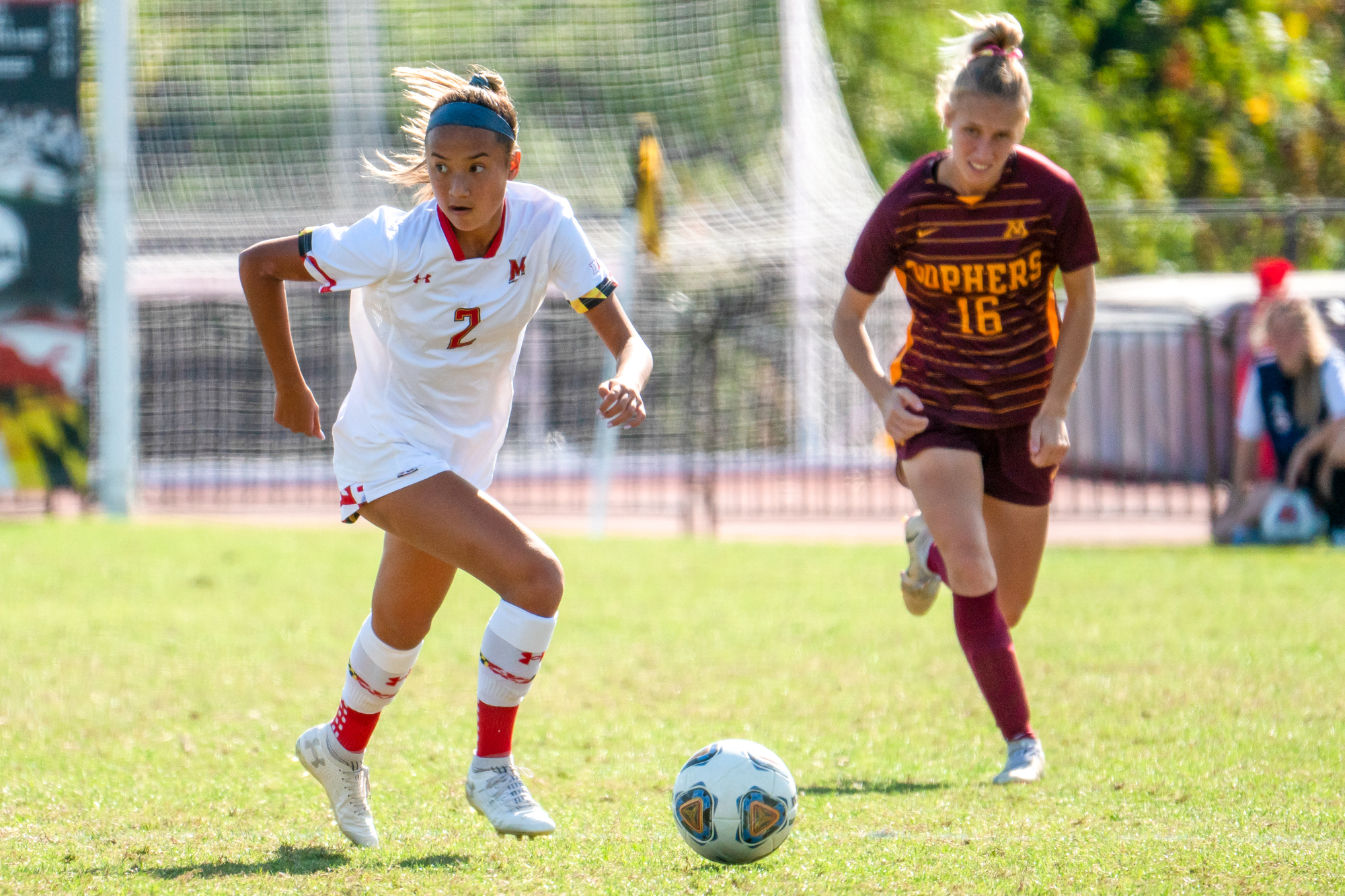 After trying to play it out of the box in the 30th minute, Purdue was in immediate danger after losing possession in its own half. The dispossession forced the ball to freshman Ava Morales.

The freshman’s goal was the deciding tally in Maryland women’s soccer’s last game of the season, a 3-1 win over Purdue on the road Sunday.

The Terps started the match with an explosive introduction as Morales scored her first goal just six minutes after kickoff. She shimmied off a challenge before firing an effort off her left foot that Purdue goalkeeper Kailey Kimball fumbled and let bounce into the net to give the road squad a 1-0 lead.

The Boilermakers knotted the score 20 minutes later with a goal of their own. Before the goal, they’d begun to assert their offensive influence and earned a free kick and a goal kick.

The action from Purdue forced graduate goalkeeper Emory Wegener into two first-half saves. The graduate student finished with three saves and only allowed the lone goal.

Wegener was forced to leave her box early to beat Purdue attackers to the ball in response to constant Purdue longballs that could’ve created scoring opportunities for the Boilermakers.

The tie game lasted just five minutes before Morales’ second goal sent the Terps back on top. Purdue continued to hunt another equalizer, outshooting Maryland by three at the end of the first half.

But coach Meghan Ryan Nemzer’s squad quickly put the Purdue offense to rest in the second half. Maryland’s defense held Purdue to just one shot on target in the second period while the Terps increased their offensive efforts from the first period, tallying seven shots in the final 45 minutes.

Those efforts culminated in a final goal in the 66th minute from Alyssa Poarch in her final collegiate game.

Poarch sent a pass to Juliana Lynch and immediately darted toward the Purdue box.

Lynch played the ball back to Poarch. The forward then took a touch to face the goal before unleashing a left-footed curling effort just outside the box. Purdue’s Emma Tompkins got her hands to the effort, but her efforts were outpowered by the pace of the shot.

Maryland’s offensive efficiency and defensive efforts supplemented by timely saves from Wegener pushed it to a win.

The victory, powered by goals from Morales and Poarch, give the Terps final bittersweet farewell to their senior players and but a glimpse of the squad’s potential after closing out a challenging 2022 campaign, the first under Nemzer’s direction.