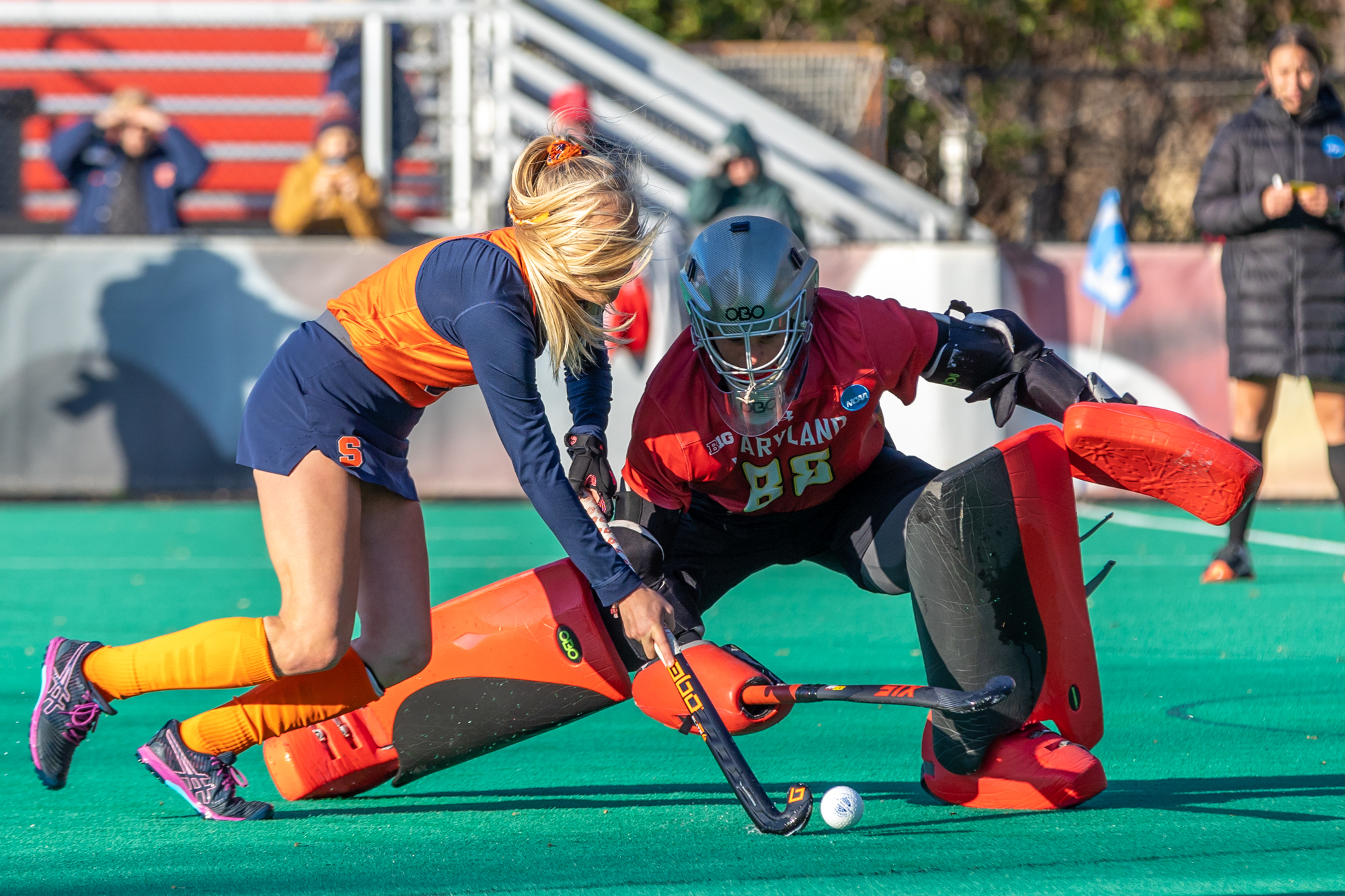 Coach Missy Meharg and her squad have a phrase they’ve lived by this season: overtime is Terp time.

Seven of Maryland field hockey’s 22 games have needed at least overtime to decide a victor. The Terps are 6-1 in those contests, the lone blemish coming on the road against a top 10 Princeton squad.

The aim to dominate games that go longer than 60 minutes was on display in Maryland’s first and second round contests of the NCAA tournament. It narrowly defeated Liberty in the opening round in double overtime, then outlasted Syracuse in a sudden-death shootout in the quarterfinals to advance to the Final Four.

The Terps’ success in extra periods starts from the detail they prepare with.

“The more you practice something, the better you get at it,” Meharg said.

The coach sent Leah Crouse, Riley Donnelly, Hope Rose, Bibi Donraadt and Nathalie Fiechter to the line for the Terps’ five shots in the shootout against the Orange. Rose and Donraadt scored, with the former finding the back of the net for a second time in the sudden death period to put Maryland on top for good.

The team went through shootout scenarios at practice Saturday, as it does in nearly every training session, in the same order Meharg deployed in the game.

Despite not going to a shootout in a game all season long, the coach made it a point to perfect her team’s approach to an obscure and rare situation before its biggest game of the season. In training for it, the team was confident it could succeed if the opportunity ever arose, like it did Sunday.

On the opposite end of the shootout was goalie Paige Kieft. The sophomore hasn’t started a game in three weeks and began Sunday’s win on the bench with Christina Calandra in net.

But when it came time to defend shootouts, Meharg called on Kieft to quickly get ready. She began to warm up in the waning minutes of the second overtime as she got ready to be sent in.

“I did a good job of preparing yesterday,” Kieft said. “That was really fresh in my mind.”

Meharg has kept Kieft prepared for this exact situation all season. The coach knew she’d go to Kieft if they ever entered a shootout and had gone to her for penalty strokes, a somewhat similar play. That trust gave Kieft a feeling of preparedness when she entered off of the sideline needing to keep her team’s national championship hopes alive.

“She trained yesterday … in a competitive environment just like this,” Meharg said. “We simulated it pretty much exactly.”

The Terps’ double overtime battle with the Flames on Friday was eerily similar to their meeting in last year’s semifinal. Liberty edged out Maryland in the second overtime period then, advancing to the title game.

The number of position players for each team on the field drops from 10 to six after the fourth quarter ends, and who takes the field varies on the opponent. Meharg created a plan for how she’d deploy her players if they went to overtime with the Flames based on how they lined up in the past.

Liberty most recently played an overtime match in October at Old Dominion. Meharg studied how they attacked the period to tailor how she’d counter.

“You don’t have a set idea with lineups,” the coach said. “We have a quick little five minutes to banter on who’s where and how do we do this. It’s about matchups, too, so you go off of what you’ve seen the other team. They only had two overtimes, fortunately they had one last weekend.”

The matchups the Maryland coach created favored the Terps. Donnelly secured the game winner early in the second overtime on a penalty stroke goal.

“These are the moments you get the highest highs and the lowest lows and today, we came out on top,” Donnelly said.

Maryland’s roster features a multitude of players suited best for those situations. Emma DeBerdine, Danielle van Rootselaar and Crouse provide speed and crisp passes out of the midfield. Forwards Rose and Donraadt are threats to score from anywhere in the circle. Donnelly’s versatility gives Meharg a chess piece that can be used in a variety of sets.

More often than not, it lends to one-sided matchups that Maryland’s capitalized on in extra time.

Confidence exudes through the Terps when games are tied after four quarters. They know it’s their time to show off their elite level of readiness. The hours spent curating an overtime and shootout approach paid off in crucial postseason wins over Liberty and Syracuse.

“We’re very confident in our overtimes,” Meharg said. “We’re pretty used to putting it away.” 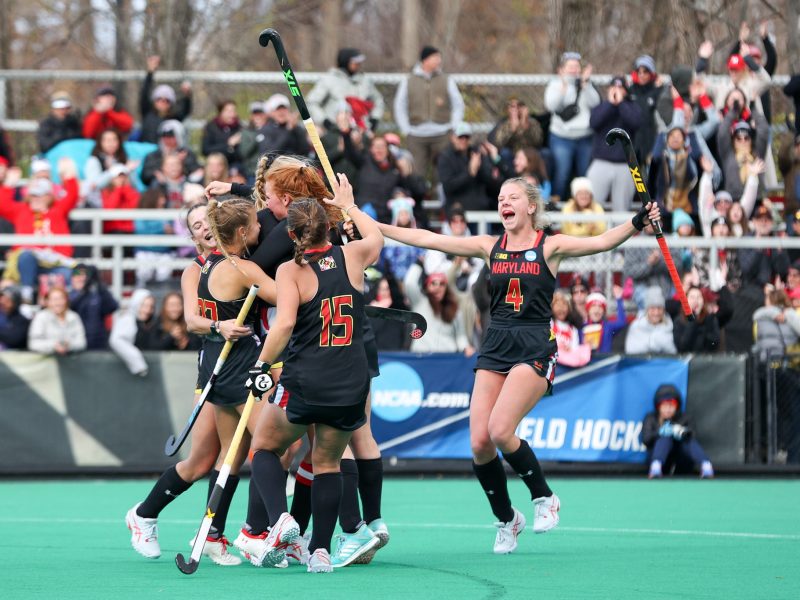