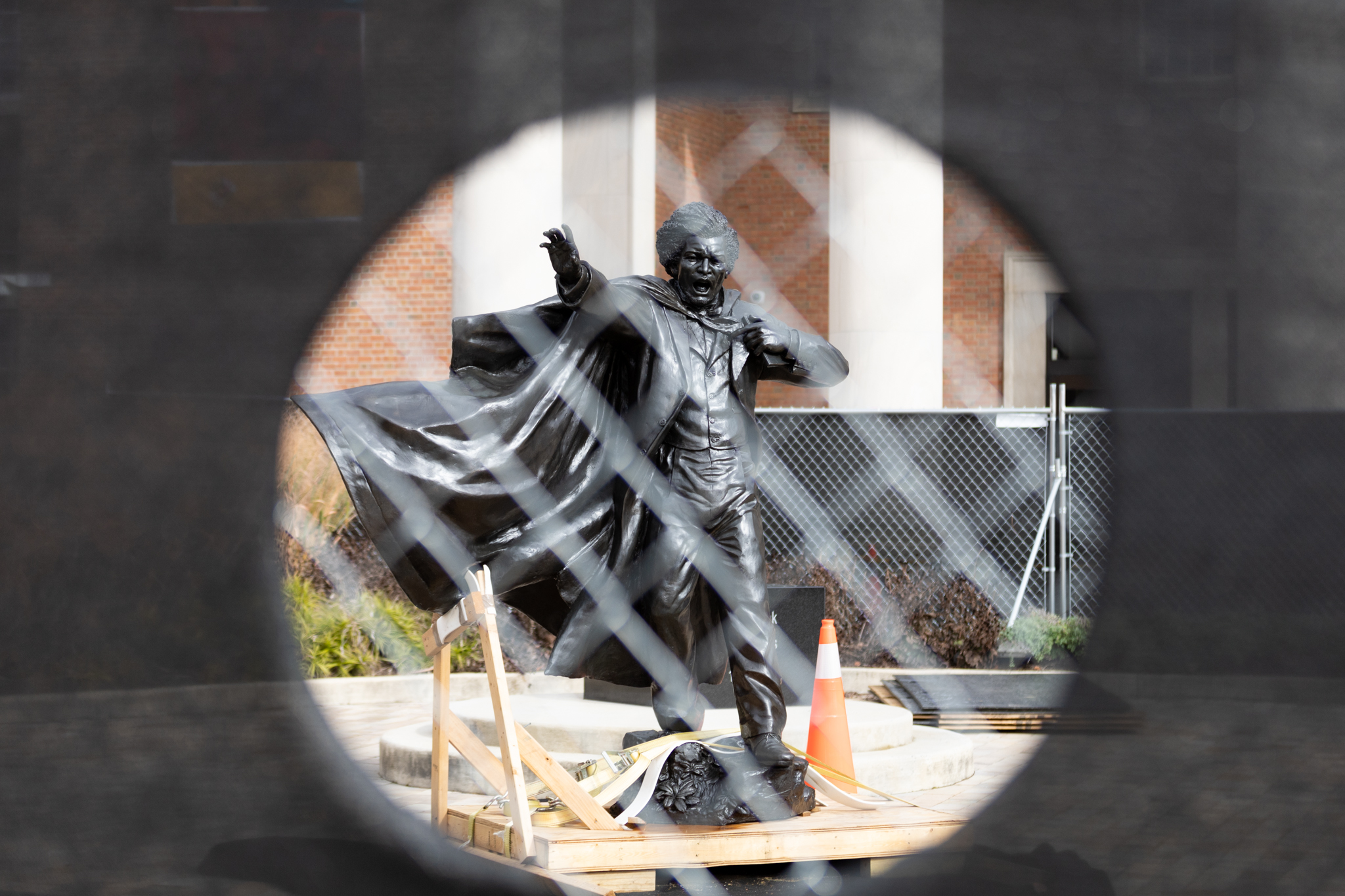 The Frederick Douglass statue at the University of Maryland, originally dedicated in 2015, underwent a conservation project over the last month.

This involved cleaning and refinishing the exterior, revamping the pedestal of the statue on Hornbake Plaza and protecting the integrity of the original piece, according to Rich Nickels, the assistant director for facilities maintenance programs at this university.

The result of this work will be finished and open for the public to see starting next week, Nickels said.

Douglass escaped slavery in 1838 and became an abolitionist and suffragist. His statue at this university serves as a reminder of Maryland’s history of slavery and Douglass’ influential activism.

“The statue was worthy of that,” Long said. “It’s artwork that can now be appreciated because now you can see more of the details … you are not distracted by all of the corrosion.”

Long said conservation efforts had to be done during the fall or spring because extreme weather conditions could ruin the process.

The maintenance team took extra precautions to ensure the original statue design is not compromised. The team enlisted the help of Dr. Stefan Woehlke, a postdoctoral associate in the historic preservation program in the architecture, planning and preservation school.

Woehlke used 3D digital documentation, which employs laser scanning and photogrammetry to keep track of the previous version of the statue.

“[Facilities management] wanted to be sure to document it before any risk of damage from moving and restoring it just in case something bad happened,” Woehlke said. “So they could have a good record of it and also so that they could use that information to track and document things that needed to be repaired, replaced [or] restored.”

One of Woehlke’s mentors, Dr. Mark Leone, an anthropology professor at this university, assisted in the original statue design. Leone said he helped choose the quotes from Douglass that appear on the ground below the statue.

He said these quotes are meant to speak to all people in Maryland.

“They are our attempt to show people that Frederick Douglass is a product of Maryland and is a model of what our state and university are becoming,” Leone said.

This spot is also the concluding talking point for all Maryland Images tours of the university for prospective students and families.

Many are glad the project reinforces Douglass’ fight for equality, including Sharon Harley, an associate professor of African American studies at this university.

“It’s so uplifting when I walk by there on my way to my class in Hornbake,” she said. “I’m inspired, I feel it gives me a kind of special energy and a spiritual moment to reflect on this great orator, suffragist, reformer and courageous individual.”

Aarushi Malhotra, a senior public health science major, said she attended a conference as the tours coordinator last year, where she learned some other universities still have statues of confederate leaders on their campuses.

“I remember sitting there and realizing, ‘Oh my gosh, I’m so thankful to go to a school where we honor somebody who really stood up for social justice and protecting democracy and values that I uphold and values that the community feels are important,” Malhotra said.