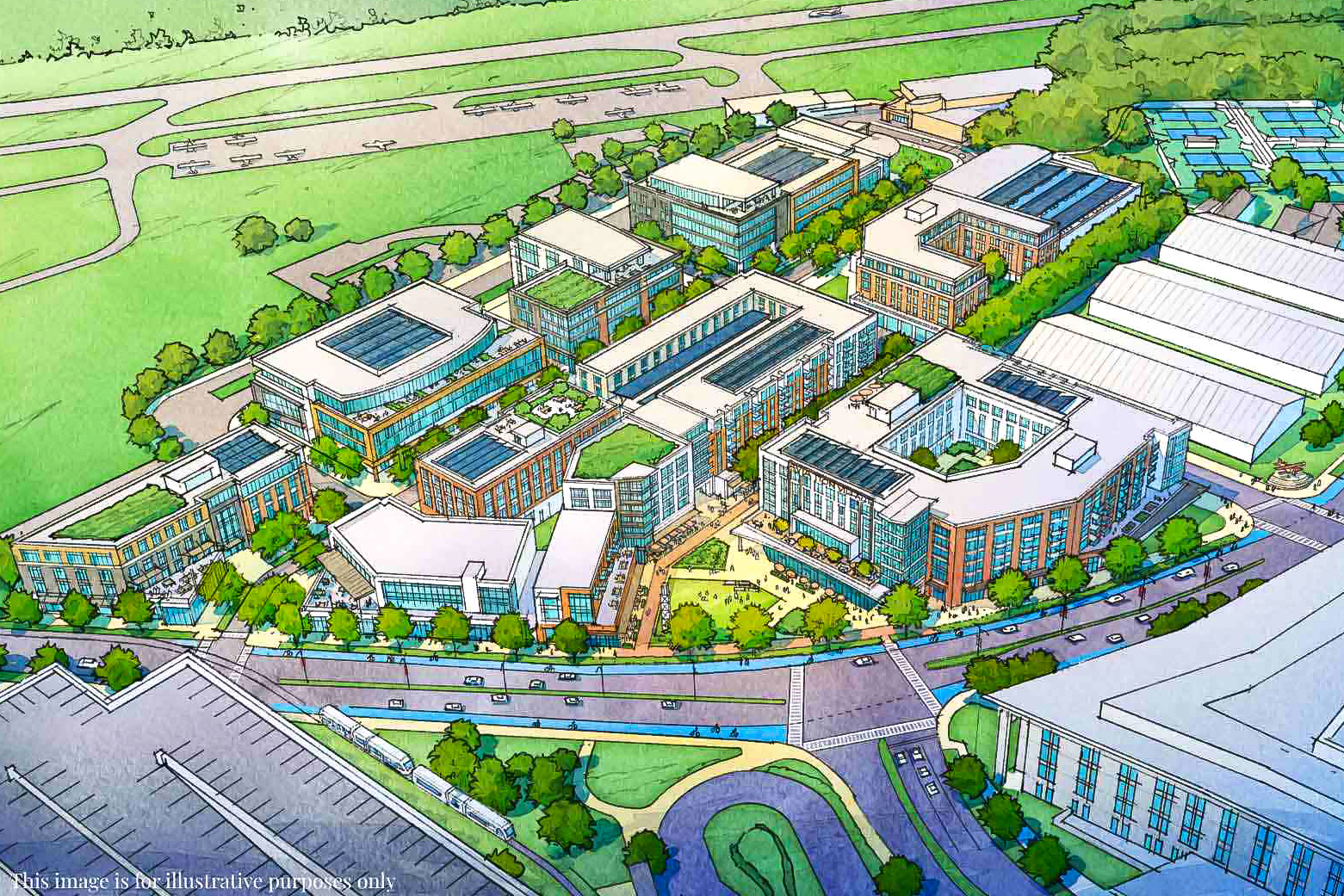 (Rendering via the University of Maryland Office of Marketing and Communications)

Dozens of community members gathered Thursday in the Discovery District to announce the development of Aviation Landing – a housing, retail and research hub near the College Park Airport.

Aviation Landing seeks to extend university research into College Park’s Discovery District, which already houses businesses such as IonQ. The new project will create jobs, attract companies and create a community connecting students in science, technology, engineering and math fields with local professionals, Prince George’s County Executive Angela Alsobrooks said. The groundbreaking could take place in the next two years, with the first phase of the development opening in four years.

The project also hopes to keep students in the county and promote innovation and will have a focus on research in aerospace engineering, which stems from College Park’s history in aviation.

“This is the airport where the first woman passenger flew across the country … the first army aviation school was founded … the first U.S. postal air mail service flew from this location,” Prince George’s County council member Dannielle Glaros said.

University President Darryll Pines, who previously served as the dean of the engineering school and aerospace engineering chair, recounted Thursday how the College Park Airport is the oldest continuously operating airport in the U.S.

“That’s why it’s so historical and meaningful to the University of Maryland,” Pines said. “I have often wanted this area to reflect the potential that brought me to College Park, and here the Aviation Landing helps fulfill that original vision.”

Aviation Landing’s location in the Discovery District would offer a rich cultural and recreational experience, Pines said. Aviation Landing would be near the College Park Aviation Museum, the Junior Tennis Champions Center and Lake Artemesia.

Mosaic Development Partners — one of the firms in charge of developing Aviation Landing — plans to involve local and minority workers and developers in the development process, Mosaic co-owner Gregory Reaves said Thursday.

“The Discovery District has already brought so many exciting … opportunities to Prince George’s County,” Alsobrooks said. “In this next phase, with Aviation Landing, we are excited to watch as this popular district continues to expand opportunity and reflect the unique character and history of this beautiful community.”