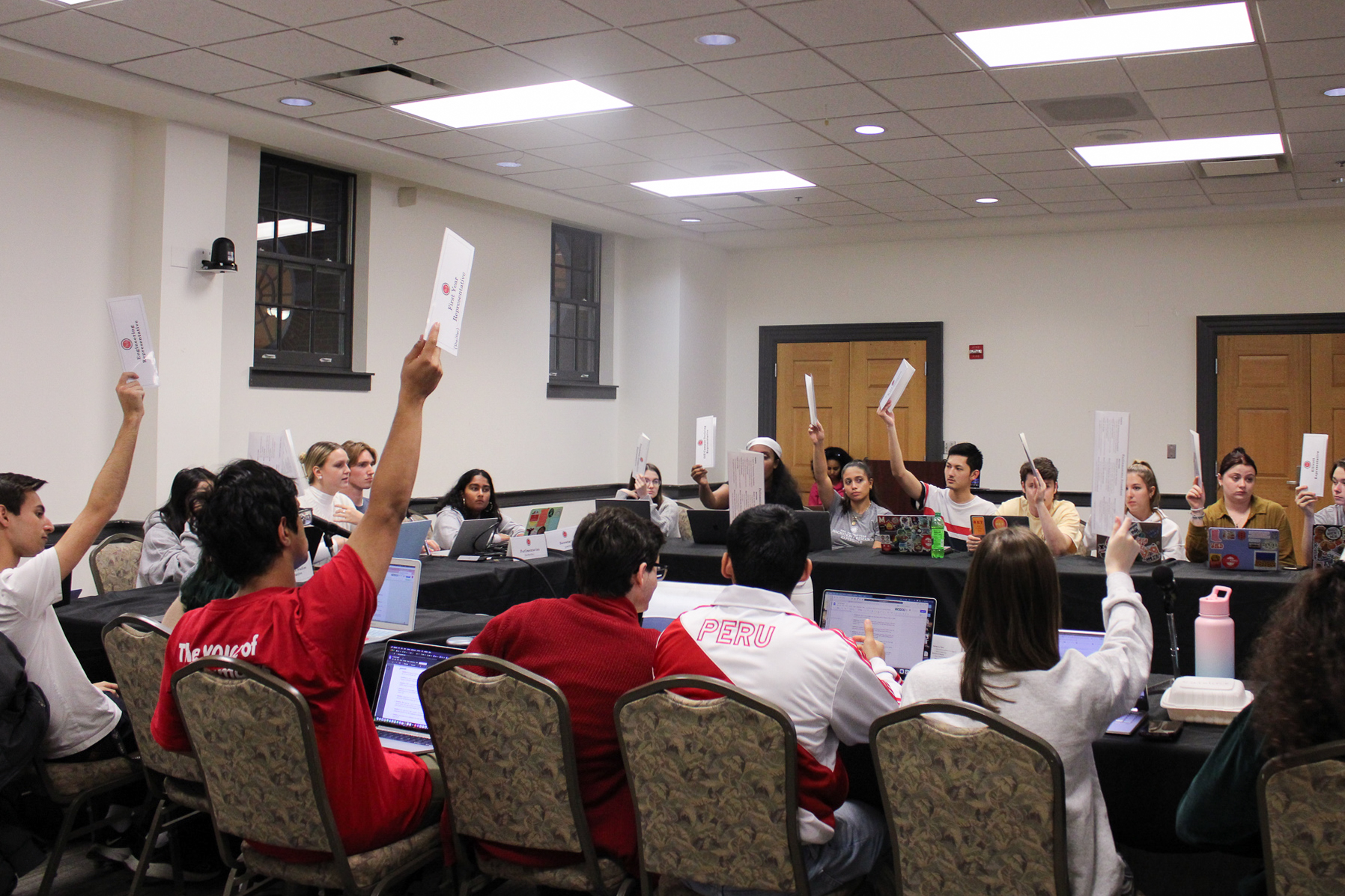 Members of the University of Maryland Student Government Association during a general body meeting on Nov. 2, 2022. (Giuseppe LoPiccolo/The Diamondback)

Each student now pays a mental health fee of $15 per year, Joshi said, bringing in more than $500,000 for the Counseling Center this year. This fall was the first time revenue came in from this fee.

The center made several hires in the past week, including initial access clinicians. Joshi hopes the rest of the positions will be occupied by the end of the semester.

Joshi reassured students there is an after hours crisis support phone number students can call on evenings and weekends. If students are having an emergency while the Counseling Center is open, they can have an emergency same-day visit instead of scheduling an intake appointment further in advance.

Joshi told the SGA he also meets regularly with student body president Ayelette Halbfinger, the directors of the SGA’s Health and Wellness Committee and other student groups.

“I have a certain perspective but it very much needs to be informed by the perspective of all of you and of the students,” Joshi told the legislators.

During their meeting, the SGA also passed several bills including a bill calling for language in the University Health Center’s self-excused absence form to be revised so it is clear mental health illnesses are included in medically necessitated absences.

Another bill passed will fund the SGA’s purchase of drink testing strips for date rape drugs. The SGA will coordinate with various bodies on campus such as Stamp Student Union and the health center to arrange the distribution of these test kits. According to the Maryland Coalition Against Sexual Assault, about 18 percent of sexual assaults of college-aged women involve drugs or alcohol and another 28 percent involve the victim being unable to consent due to drugs or alcohol — issues the SGA is hoping to help address through this initiative.

The SGA also voted to pass a bill funding a pilot program to expand gender-affirming care in the health center through the purchasing of chest binders and TransTape.