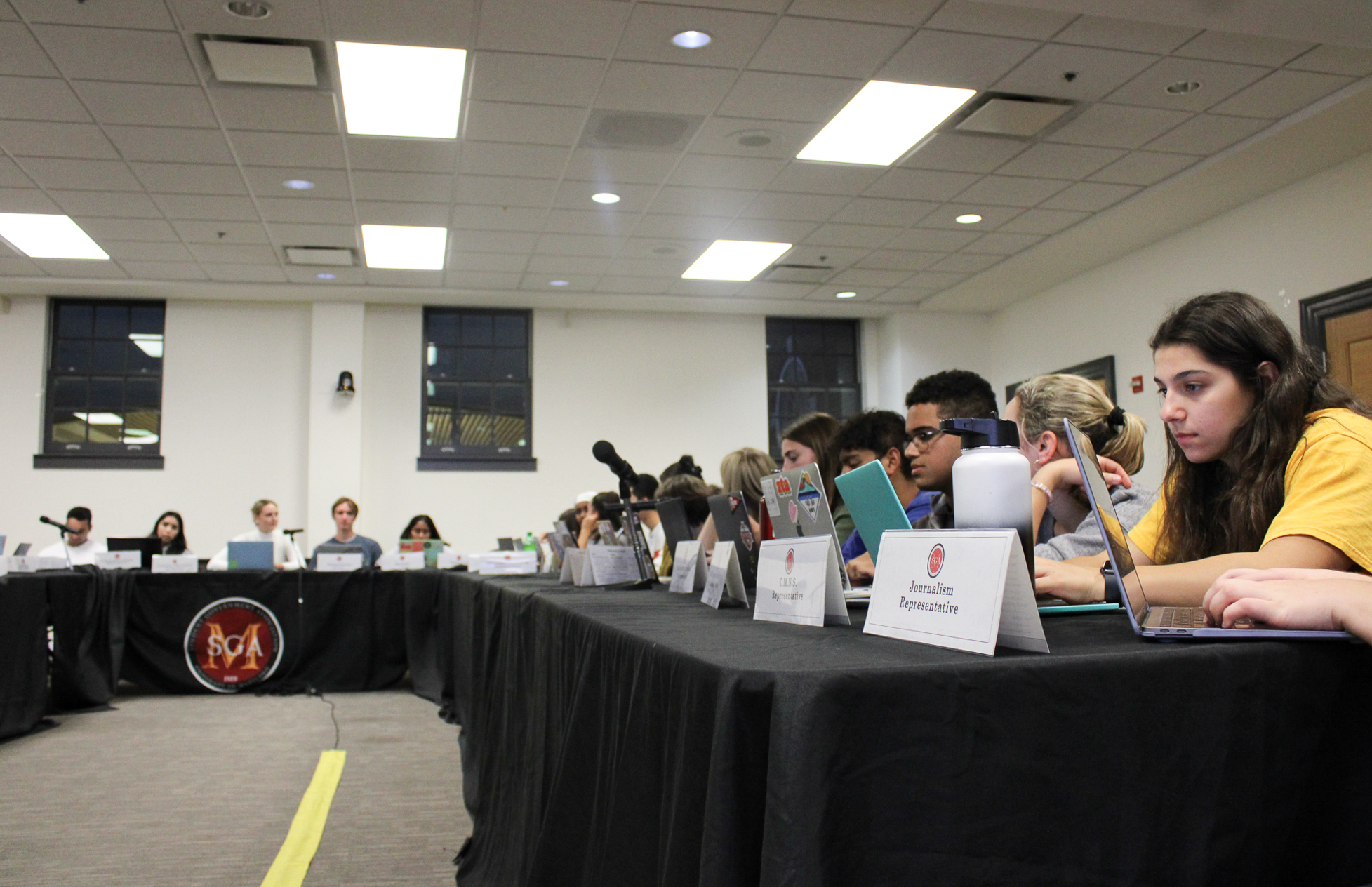 Members of the University of Maryland Student Government Association during a general body meeting on Nov. 2, 2022. (Giuseppe LoPiccolo/The Diamondback)

The University of Maryland SGA discussed a bill calling for language revision in the University Health Center’s self-excused absence form on Wednesday.

The proposed revisions include specifying medically that necessitated absences include mental health illnesses.

Currently, students can provide a self-signed excuse as documentation of absence for one class per course per semester, given that the absence does not coincide with major assessments.

Nelson Chen, the bill’s sponsor and one of the Student Government Association’s arts and humanities college representatives, explained the mental health crisis exacerbated by the COVID-19 pandemic creates the need for clarification in the health center’s form. The form has not been updated since 2016, according to Chen.

“Now, I feel like it needs to be clearer and more specific to make itself more accessible and presentable to students who may be suffering with mental health illnesses and might want that mental health day,” the junior theatre major said.

Chen is hopeful his bill will pass at the next SGA general body meeting.

“I’m not trying to change university policy,” he said. “I want to provide an update to the wording.”

Should the bill pass next week, SGA members will meet with the student health advisory committee to discuss the potential changes before meeting with health center officials. The bill itself will not change the language in the absence form.

Another bill discussed at Wednesday’s meeting would fund the SGA’s purchase of drink testing strips for date rape drugs. The SGA would collaborate with other bodies on campus to distribute the test kits.

According to the bill, drug-facilitated sexual assaults are underreported due to underage drinking concerns. These strips will be able to detect the presence of GHB and ketamine in drinks.

Sophomore criminology and criminal justice major Reese Artero, who is also the undergraduate studies representative and the bill’s sponsor, said she hopes to have the strips distributed at the health center.

The SGA had planned to vote on a bill funding a pilot program to expand the availability of gender-affirming care products such as chest binders and TransTape in the health center. However, the bill was tabled for one week because of concerns regarding legality and liability, issues SGA members will be working on before the next general body meeting.