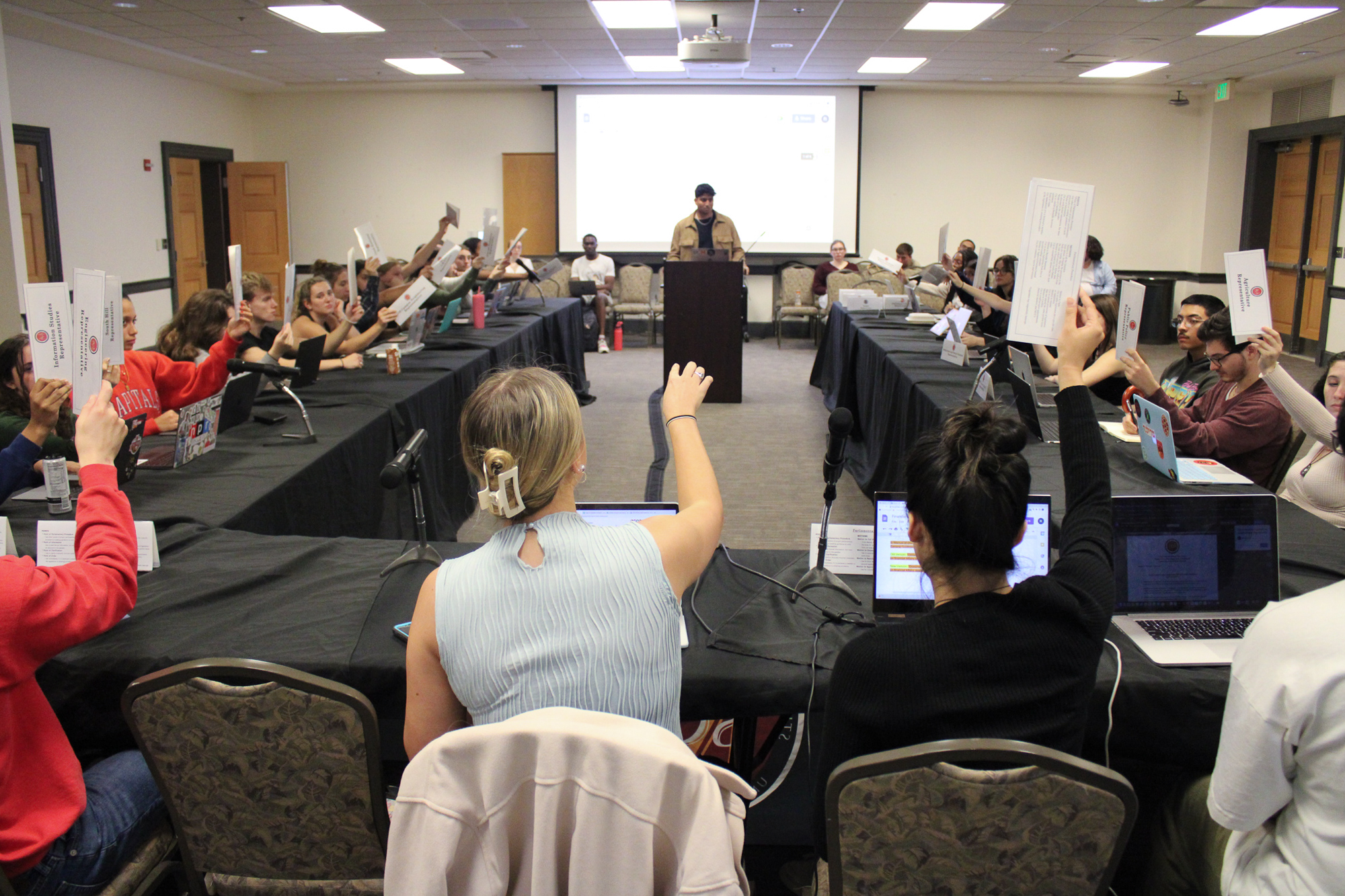 Members of the University of Maryland Student Government Association vote to approve minutes during a meeting on Oct. 26, 2022. (Giuseppe LoPiccolo/The Diamondback)

The University of Maryland SGA passed an emergency bill Wednesday to launch a “What’s on Your Ballot” campaign to educate students about referendums that will be on the ballot ahead of the Nov. 8 elections.

Under the initiative, the Student Government Association is conducting research on the five referendums Marylanders will vote on, in addition to the ones in New Jersey and Pennsylvania. Members will then create informational graphics about the referendums to share on social media.

The referendums in Maryland include proposals to legalize mariiuana possession for people 21 and older, institute new residency requirements for state legislators and change the name of the Maryland Court of Appeals to the Supreme Court of Maryland.

“Students having information on the referenda they are presented with on the ballot helps them form educated decisions,” the bill said. “The SGA has a responsibility to share information and educate students in an objective manner regarding questions on the ballot that affect students.”

Scott Cronin, the SGA’s civic engagement director, informed the legislature that TerpsVote, a group of university community members that works to increase students’ civic engagement, is providing buses for students to get to nearby early voting sites this weekend. Early voting in Maryland begins Thursday and runs through Nov. 3.

The legislature also passed a bill to host an eating disorder awareness lecture. The event will occur virtually on Nov. 17 at 3:30 p.m. and will feature a guest speaker from the National Alliance for Eating Disorders.

According to the National Eating Disorders Association, eating disorders are becoming more prevalent among college students with between 10 and 20 percent of women and between four and 10 percent of men suffering from an eating disorder.

Isha Yardi, one of the directors of the SGA’s health and wellness committee, told the legislature the committee is also working on an initiative to distribute gender affirming care products at this university.

One bill that was introduced Wednesday asked for funding for a pilot program to expand gender affirming care in the University Health Center. If this bill is passed, $1,500 from the SGA’s legislative reserves will go toward gender affirming care products. These products, which would include chest binders and TransTape, would be distributed through the health center over six months or until the fund runs out.

Bethlehem Amdetsyon, an off-campus outlying representative and the sponsor of this bill, explained that she started this initiative when she learned that while the health center does offer some gender affirming health products, it does not offer many non-intrusive care products.

“I’ve been in several meetings with … other students that I know personally that are trans, that feel that these products would be needed,” the sophomore public policy major said.