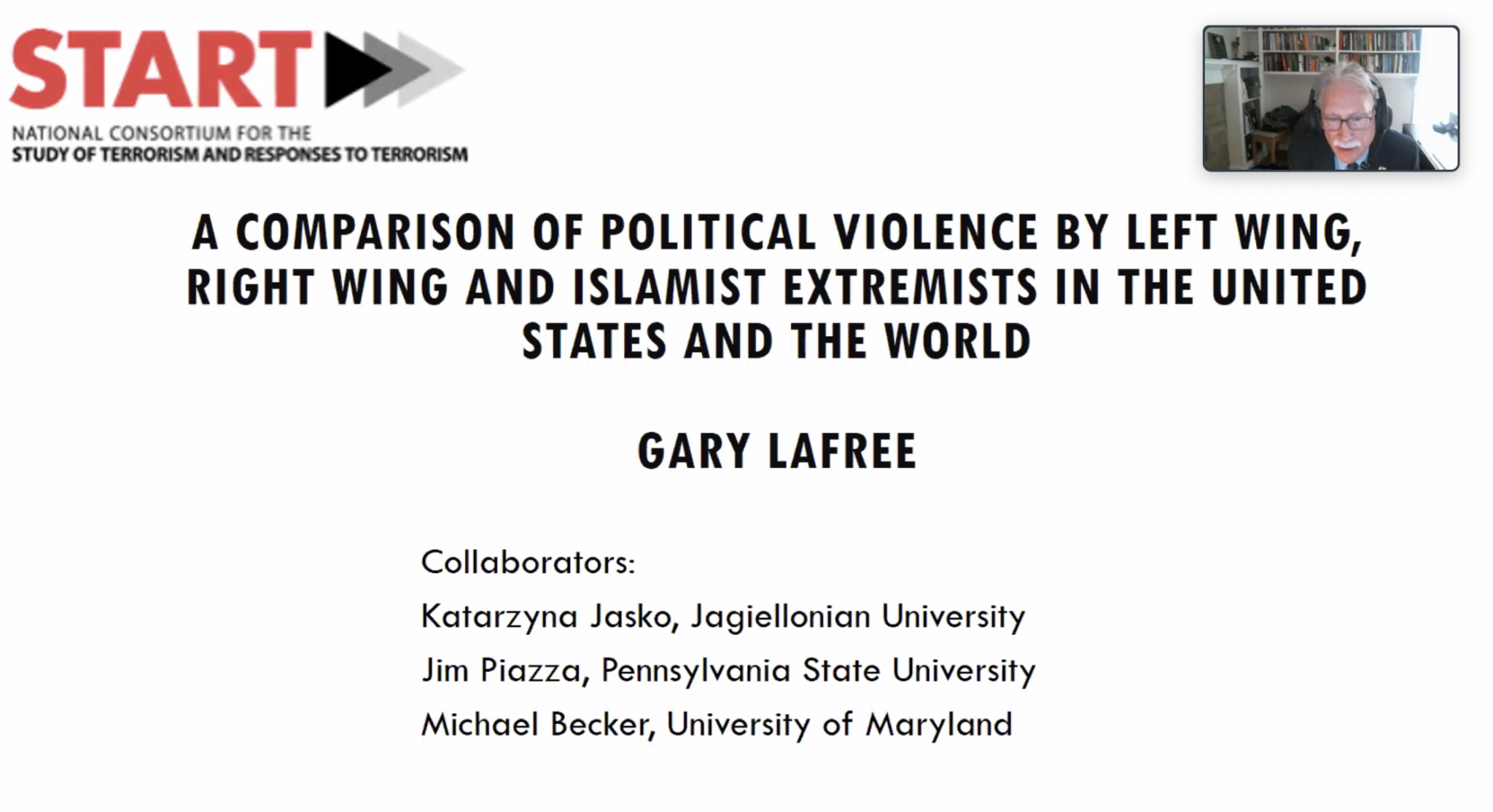 By Lilly Roser
For The Diamondback

This is the first time right- and left-wing extremist violence research has included Islamist extremist group comparisons, making this research the first of its kind.

LaFree’s webinar was hosted by the National Consortium for the Study of Terrorism and Responses to Terrorism, a terrorism research and education center based at this university. START maintains several open-source databases on terrorism that are available to researchers.

The purpose of START’s databases is for individuals, including LaFree, to use information to observe, analyze, research and predict the future of terrorism and political violence.

One of the essential START databases for this research was the Profiles of Individual Radicalization in the United States database, according to LaFree. The database includes the names of those who have been imprisoned or indicted for politically motivated violence. LaFree also used the Global Terrorism Database in his research.

Elena Akers, a researcher and junior data collection manager for START, worked to build the PIRUS database that LaFree used to generate his findings.

To identify ideology-motivated violence, Akers said the researchers would make targeted searches for any term that would be associated with an ideology.

From here, LaFree used PIRUS and other databases to compare the violence of these extremist groups.

LaFree said the purpose of his research is to predict the future of violence.

“My background is in criminology so I have long been interested in what predicts illegal violent behavior and I see terrorism as a piece of that,” LaFree said.

LaFree emphasized the significance of his findings, as the research provides accurate and data-based information for the public. He said while all political ideologies deal with problems, reporters must present terrorist information from a factual standpoint.

“Our news reporting has this tendency to want to … balance reporting by representing both sides of a story — and that’s fine in some regards if it’s true,” LaFree said. “But what if it is the case that [terrorist groups] are not empirically as violent?”

LaFree’s research gives policy makers and practitioners the tools to be able to make factual observations.

START promotes researchers’ findings through webinars such as this one to present important studies on terrorism to a large audience.

“The goal for this event … was to provide our data and our research to as broad of an audience as possible in the hopes of communicating our research to really anyone who is impacted by it,” said Erin Copland, START outreach and transition specialist and the webinar coordinator. “I certainly feel that the work is incredibly worthy. … It is a very timely topic … and there is a great deal of meaning to be found in the work.”