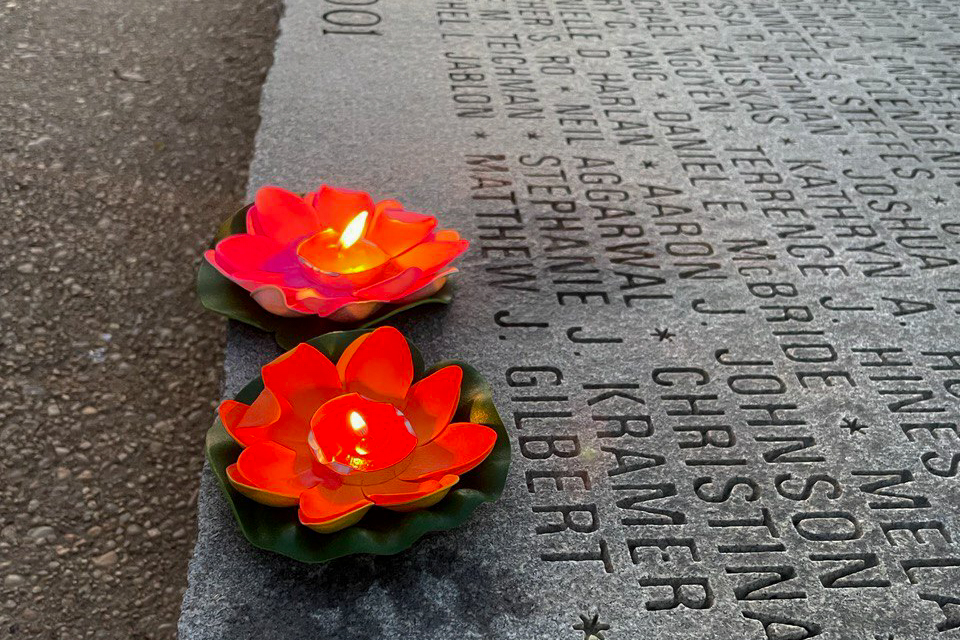 Lunar lanterns rest on the fountain on McKeldin Mall during the Vietnamese Student Association's Lunar Lantern event on Oct. 29, 2022. (Fatema Hosseini/For the Diamondback)

By Fatema Hosseini
For the Diamondback

University of Maryland students came together to celebrate the Vietnamese holiday for honoring ancestors at the Vietnamese Student Association’s Lunar Lanterns at McKeldin Mall on the evening of Oct. 29.

“Because it’s on the mall, people can’t miss it. You see all these lights and people all around,” said Vietnamese Student Association member and senior information science major Johnson Truong.

Participants enjoyed activities including karaoke, dance, playing cards and writing wishes. They could also buy bubble tea, chocolates and food. Some students showed up with their Halloween costumes, making the event look more colorful and diverse.

This is the sixth year that Lunar Lanterns, one of the most famous cultural events in the Hoi An City of Vietnam, has been organized by the VSA and celebrated at this university. Similar holidays are also celebrated in other Asian cultures, such as the Lantern Festival in China. This Lunar Lanterns event saw a diverse turnout.

The association organizes many events throughout the year. The members are mostly a mix of first-generation Vietnamese-Americans and other international students.

“We really want people that aren’t Vietnamese to just come out. We want everyone to be able to enjoy this,” said Emily Nguyen, a member of the association and a junior kinesiology major. “It’s something we put on for the community.”

Teena Varughese, a sophomore at Howard University studying nursing, attended the event to see a friend perform. Varughese had never heard of the festival but was still able to enjoy it.

Many non-Vietnamese Asian students felt connected with the event or found it reminded them of their own culture.

Leo Cha, a senior Chemical Engineering major, immigrated from South Korea to the United States at a very young age. Cha found this event fun, saying the lantern festival is also part of Korean culture, though it happens at a different time. It was also reminiscent of a very similar Japanese lantern festival.

Thanh Le, a sophomore biological sciences major, is from Vietnam and was impressed to see how similar the celebration of the event is to the one in Hoi An.

“It’s basically the same [as] the one in Vietnam,” Le said. “I think it’s very cool to show people what it’s like in Vietnam.”