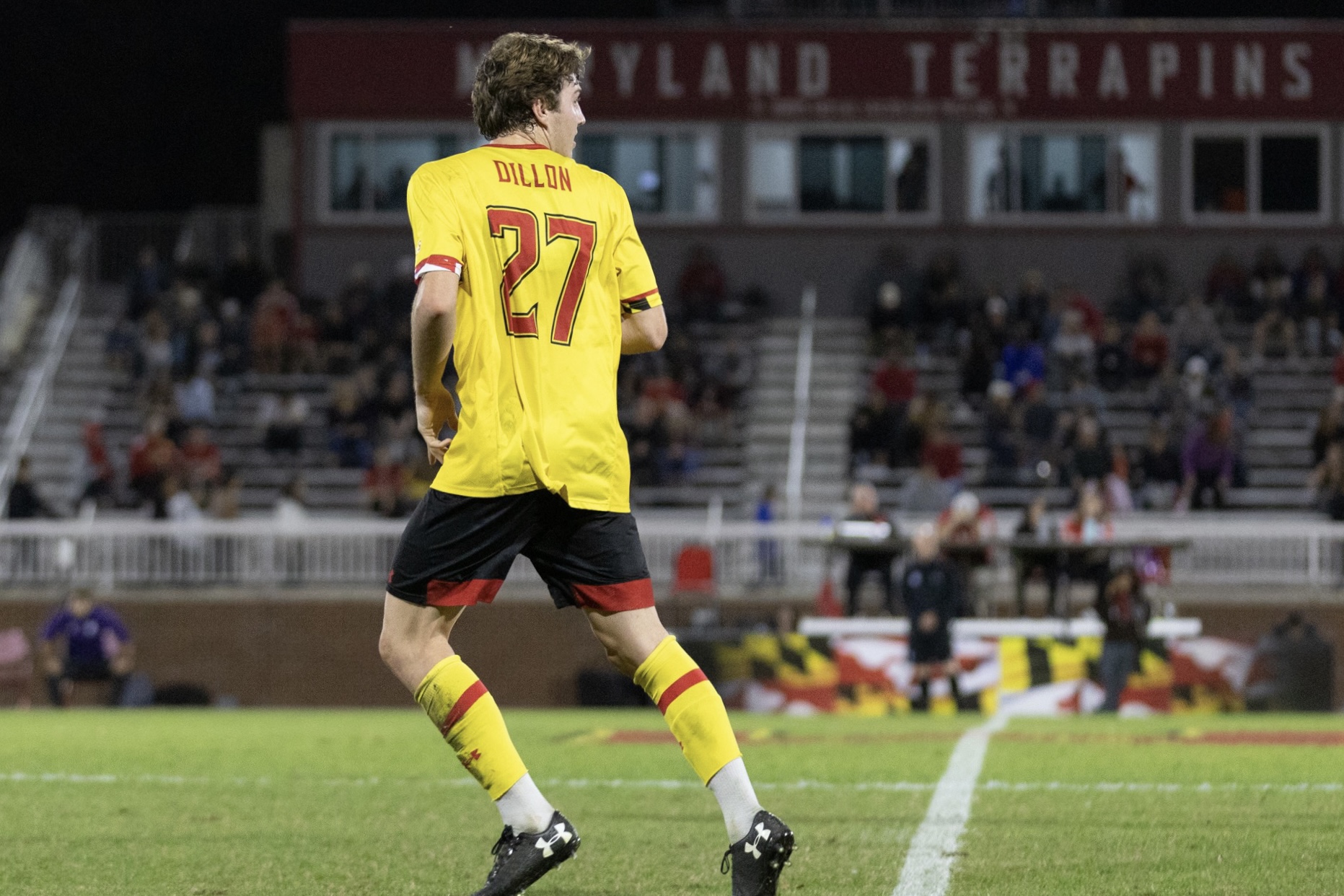 Searching for an equalizing goal in the second half of Maryland men’s soccer’s final regular season match against Indiana, coach Sasho Cirovski made Griffin Dillon the team’s lone defensive midfielder and pushed Malcolm Johnston further up the pitch.

On Friday, Cirovski said he decided to make the same adjustment about 20 minutes into the Terps’ most recent game against Northwestern.

In both cases the Terps went on to score crucial goals — a Big Ten regular season title-clinching equalizer against the Hoosiers and a game winner against the Wildcats in conference tournament play — while they shut out their opponents after making the change.

Indiana sat back in an attempt to clinch a share of the Big Ten regular season title, and Northwestern couldn’t sustain its early pressing of Maryland in possession, which alleviated the need for a more defensive look from the Terps in both games.

Still, Dillon was able to seamlessly fit into a deeper role he hasn’t consistently played throughout the season.

Cirovski used the sophomore further forward earlier in the year as a forward on the wing. Dillon scored his first collegiate goal against Virginia and notched another finish in the Terps’ draw against Penn State.

He also scored and provided two assists in Maryland’s penultimate regular season game against Delaware to power the Terps to their second best offensive performance of the year.

However, Cirovski looked to Dillon to fill a deeper role vacated by the injured Alex Nitzl, who missed Maryland’s matches against Indiana and Northwestern with a groin injury.

“[Dillon] is super fit, he’s tough as nails and I thought he had another wonderful performance today,” Cirovski said.

Dillon and the Terps’ defense limited the Hoosiers and the Wildcats to just three shots on target each and only allowed one goal across the two games — an Indiana free kick that sailed in before Cirvoski made Dillon Maryland’s only holding midfielder.

“It’s just really relaxing to know that [the defense] got it locked down, and they’re playing their game and they’re gonna get it to us,” forward Colin Griffith said. “We’re gonna snuff out anything that they try to do offensive-wise. It’s a blessing to be able to have that in the back.”

Dillon started alongside Johnston in each of the Terps’ last two matches, but Cirovski’s mid-game tactical tweaks allowed the latter to get further forward.

While Johnston missed his penalty kick against Northwestern, the midfielder received the ball in a wide area in the 76th minute and played in a drilled cross that Griffith touched in to secure Maryland’s place in the Big Ten tournament semifinal.

“Malcolm, I thought, showed a lot of his cool calmness in the attack,” Cirovski said. “Obviously the penalty didn’t go his way but I thought he had a lot of composure on the ball and created a lot of good chances for our team.”

Cirovski hailed the duo of Dillon and Johnston as two of his team’s most versatile players, giving him the ability to shift them higher and deeper throughout the Terps’ midfield when needed.