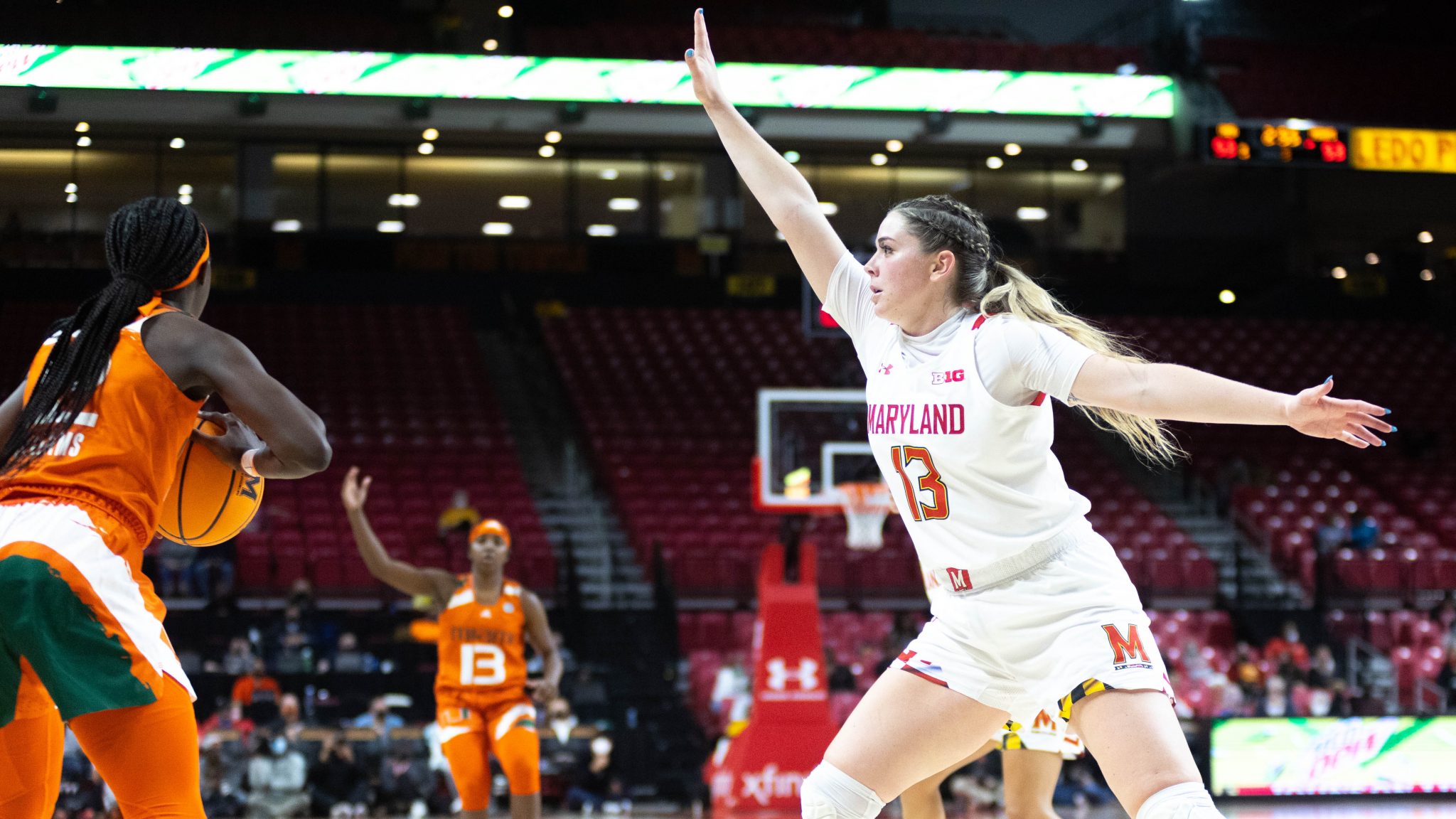 Maryland women’s basketball had not played a game since it lost 72-66 to Stanford in the Sweet Sixteen in March.

The Terps went through significant changes in the seven months between the 2021-22 season-ending game and their first exhibition game for the 2022-23 season. Five players from last year’s squad entered the transfer portal and two graduated, making way for nine new faces.

A duo of exhibition games against Division II opponents offered the first glimpse of the 2022-23 Terps and provided an important step in building team chemistry before the season begins.

“For us, again, with so many new faces, we need to have those game reps to see how it’s gonna unfold,” coach Brenda Frese said. “So just continuing to get out there to build that chemistry together.”

But the Terps stumbled in the opening minutes against Millersville. They allowed the Marauders to lead three different times in the first quarter before eventually pulling away with a 94-39 win.

Here are three takeaways from Maryland’s pair of exhibition games.

Diamond Miller and Faith Masonius look strong after injuries
Miller played her first basketball game since March against Frostburg State. After undergoing surgery in April, the senior guard is “A-OK” and was stellar in her first game back, Frese said.

“This is our first time playing a real game since being injured and stuff like that, so coming back and playing the game you love is just always exciting,” Miller said after the win against Frostburg State.

Masonious’ junior season was cut short when she tore her left ACL in January, but she returned to the court and started in both exhibition games.

Masonius tallied 10 rebounds against Millersville, but Frese said her ability to be another coach on the court is what sets her apart.

“She does all the intangibles,” Frese said. “To still really be working herself back from that injury and having the most rebounds tells you all about her heart and hustle.”

Freshmen Gia Cooke and Bri McDaniel are ready to contribute

After decommitting from Texas A&M last spring, Cooke and McDaniel, both top-55 recruits, landed at Maryland together. Both shined in their first college basketball games.

Cooke hit double-digits in both games and totaled 10 rebounds. Frese said Cooke did well getting opponents into foul trouble and showing off her speed.

McDaniel is one of the best defensive players on the team and is more advanced than anyone expected, Frese said.

The freshman from Chicago scored 20 points in the two exhibition matchups.

“They’re showing that they want the responsibility, that they’re ready,” Frese said.

The Terps need to improve their three-point shooting

Maryland scored 207 points across two games, but only 33 points came from behind the arc.

Abby Meyers made five of her nine attempts in exhibition, accounting for 45 percent of the team’s three-pointers.

“I know I’m a knockdown shooter,” Meyers said. “That what I’m gonna to be working on, perfecting every day in practice for the big games coming forward.”

The rest of the Terps, however, failed to find the basket on three-pointer attempts against Millersville. Frese’s squad wasn’t much more successful against Frostburg either, where they went 8-for-28.

Maryland made just 22 percent of three-pointers across the two exhibition games, lower than their percentage in all but three games last season.

Improving three-point shooting will be key for the Terps this season as they look to win battles with less size than last year.