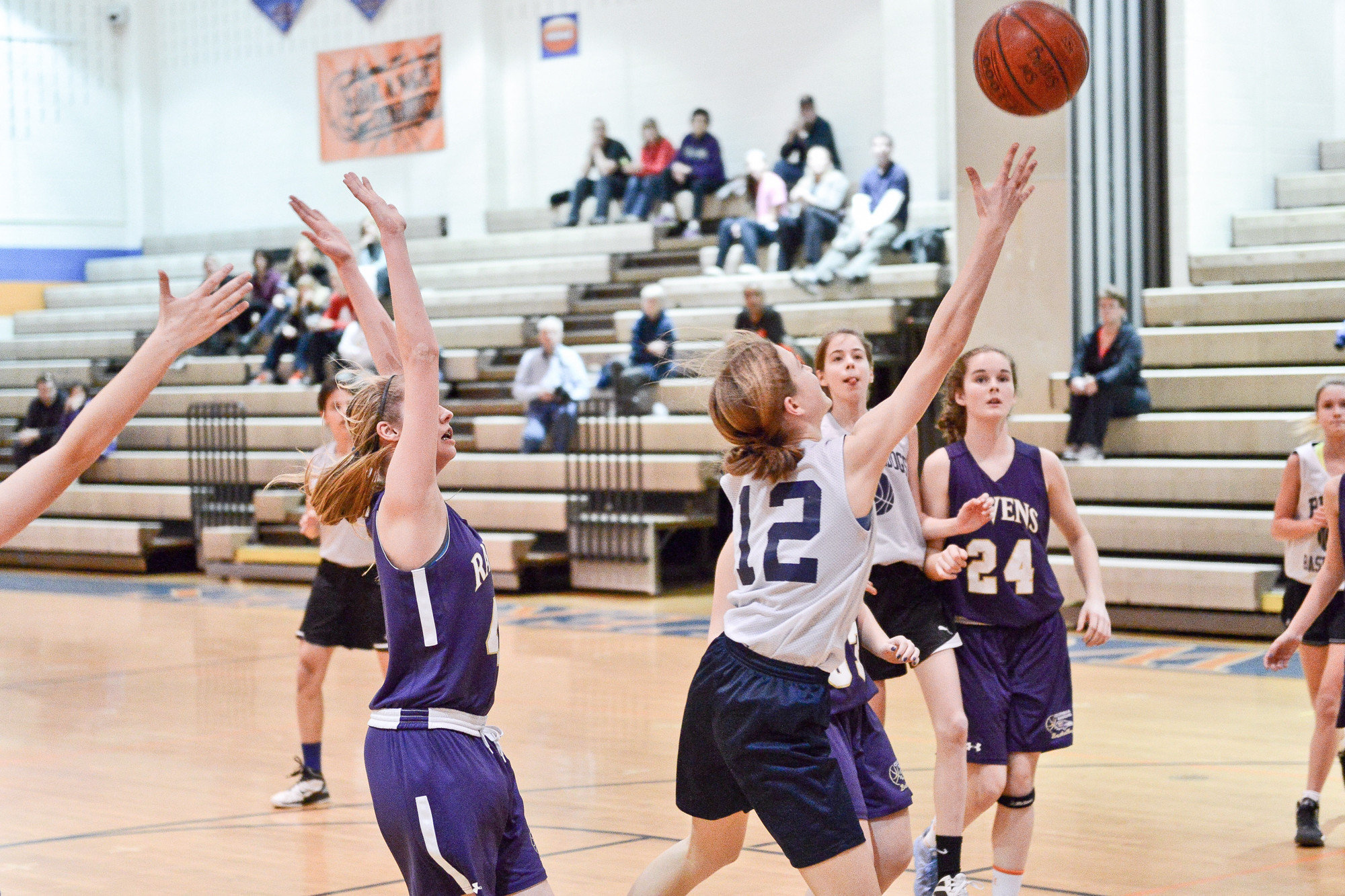 Listening to the story, Marge Donovan, a former member of Princeton women’s lacrosse, realized she was on that Ravens squad and played against Meyers in middle school.

“That’s probably one of the first conversations that we really had,” Meyers said. “And it kind of broke down all barriers and just opened up a gateway of conversations.”

The couple recently celebrated their third anniversary, nearly 10 years after they initially met as opponents on the court, but their sense of friendly competition remains.

The two, now members of Maryland athletic programs, scoured through old photos from Meyers’ parents, who dutifully attended their daughters’ games, and found several with both of them in frame.

“It was pretty crazy actually,” Donovan said, reflecting on how they first met and then reconnected years later. “I never thought of it like that.”

From games of H-O-R-S-E to board games, Meyers and Donovan challenge each other, reflecting a competitive nature that led them to commit to Maryland to play for top programs in their home state.

Meyers joined Maryland women’s basketball in April. The reigning Ivy League Player of the Year led Princeton in scoring with an average of 17.7 points per game a season ago.

Donovan will spend her graduate year with Maryland women’s lacrosse. In her last season at Princeton, she led the team in caused turnovers and draw controls and was named to the Inside Lacrosse All-American second team.

In spring 2020, when universities sent students home at the beginning of the COVID-19 pandemic, Donovan stayed with Meyers and her family for about a month to avoid infecting her grandmother.

“My motto is always the more, the merrier,” said Valerie Pomper, Meyers’ mom. “So she just added to everything.”

There, the couple staged rematches of that Rising Stars Championship game, playing basketball nearly every day. There was an obvious mismatch between the skill sets as Donovan discontinued competitive basketball, but she remains a “junkie” for the sport, Meyers said.

“The one-on-one games were like battles, intense battles,” Donovan said. “But now we just stick to H-O-R-S-E, which she is undefeated in this year.”

Donovan and Meyers can’t stay still, Pomper said. When the two were at the Meyers home together they were always active, whether it was playing basketball, lifting weights or running up a nearby hill.

“We definitely have a very, like a healthy competitive relationship where it’s almost pushing us to be better,” Meyers said.

They entered the transfer portal to keep competing after receiving an extra year of collegiate eligibility due to the pandemic.

Meyers limited her pool of potential schools. Her commitment process in high school stressed her out and she wanted to avoid experiencing that again. Donovan, on the other hand, looked at a wide range of schools and left “no stone unturned.”

But at the end, both felt the pull to return home and play for Maryland.

“There’s no need to be corny, but there’s no place like home,” Donovan said.

Donovan has a strong relationship with her family and enjoys going home for dinner to visit them and her dog, Carl, on a whim. Meyers also wanted to see her parents more often but also appreciates being able to visit once again her favorite restaurant, Potomac Pizza.

“Get me a sponsorship,” Meyers joked.

She grew up going to Maryland women’s basketball games in middle and high school, picturing herself one day playing on the Xfinity Center court.

“Abby’s wanted to play for coach [Brenda] Frese since she was 12 or 13 years old,” said Pete Kenah, her high school coach at Walt Whitman High School. “Sort of a fairy tale storybook that it’s going to work out for her extra [COVID-19] year.”

Donovan also leapt at the opportunity to play for a historically successful women’s lacrosse program. Coach Cathy Reese’s program leads the nation with 14 national championships, twice as many as the runner-up .

“I was so fortunate to hear from Cathy, and I guess the rest is history,” Donovan said.

Meyers and Donovan also considered potential schools’ LGBTQ+ inclusion. Knowing the state’s political climate and the basketball team’s history of having LGBTQ+ athletes made the pair comfortable to come to College Park.

“I definitely wanted to go to a program that had a lot of LGBTQ representation and for me, that was Maryland,” Meyers said.

The two ultimately put the Terps atop their respective lists, a decision that didn’t shock Pomper. She knew it would be difficult for Meyers to choose a different school than Donovan because of their relationship’s strength.

“She and Marge have a very special relationship,” Pomper said. “They’re very well suited to each other.”

Donovan and Meyers’ most competitive moments come out during board games, the former said. High-spirited games of The Settlers of Catan with Donovan’s family often get too aggressive for even Meyers.

The couple brought a robust board game collection with them to College Park.

They often play backgammon together. Meyers initially dominated their fixtures, but Donovan soon learned the game’s tactics and started to catch up.

Despite the fierce rivalry, board games give the couple ways to help each other. Because Donovan excels at word games, Meyers purposely chooses games such as Scattergories to cheer her up, she said.

If it’s Meyers who is having a bad day, her partner gives her a pump-up speech.

“She kind of grounds me and brings me back to level zero,” Meyers said. “She adds her magic sauce to it. I don’t know how. It just works.”