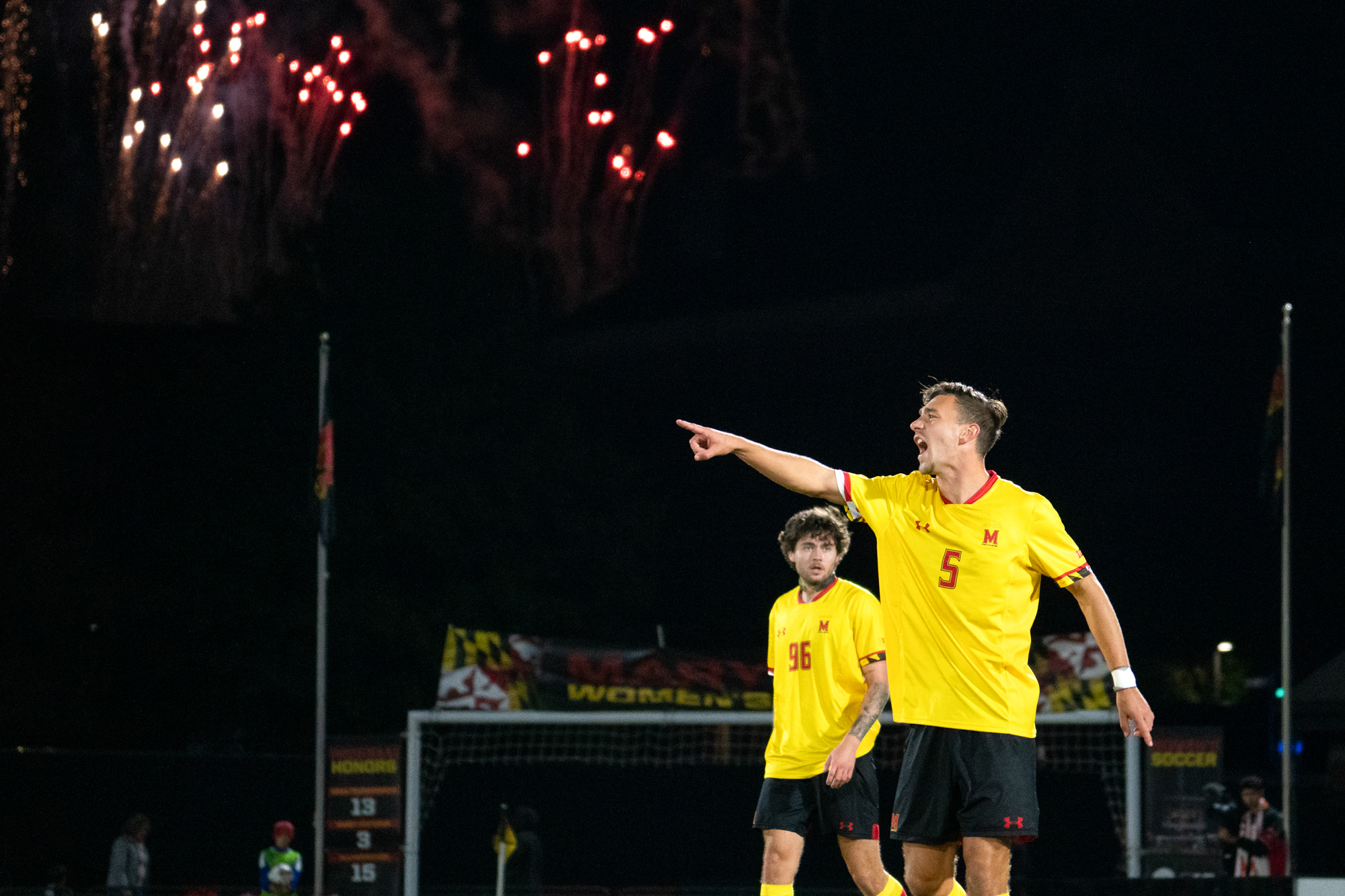 Coach Sasho Cirovski didn’t let his squad bask in their 4-1 victory over Delaware after their penultimate regular season game Tuesday.

“Now it’s all eyes turned to Sunday, where we’re playing for a championship at Indiana,” the coach told his players after the game in a video posted to the team’s Twitter account. “It’s that simple, we’re going there to be champions.”

Maryland men’s soccer can claim the conference regular season championship outright with a win over Indiana in its final regular season game Sunday. It’d be the Terps’ first Big Ten title since 2016 and their first trophy since their national championship triumph in 2018.

“I’ve made it very clear that we’re not happy that we haven’t picked up a trophy since 2018,” Cirovski said. “There’s been reasons for that, with injuries and key departures at key times and COVID and all kinds of issues, but we’re playing for a trophy on Sunday.”

The Terps are the only undefeated team remaining in conference play with four wins and three draws and stand alone at the top of the Big Ten table with 15 points. Ohio State sits one point behind Maryland with 14, but will need to better the Terps’ result on Sunday to win at least a share of the conference regular season title.

[No. 8 Maryland men’s soccer coasts to 4-1 win over Delaware]

Indiana sits three points behind Maryland and could clinch a share of the Big Ten regular season championship if it defeats the Terps and the Buckeyes lose or draw at Wisconsin.

“We’re playing against a great opponent like Indiana and this is what we want to do,” Cirovski said. “We want to be playing on the last day of the year for something meaningful and we are, so we’re excited for that challenge. I don’t think I have to say too much to get our guys ready to play against Indiana.”

The Hoosiers only lost their first home game of the season on Saturday against No. 2 Kentucky and is undefeated in their last six conference games after dropping their Big Ten-opener at Ohio State.

Maryland had an opportunity to claim a Big Ten championship on the final day of regular season play last season and did its part, defeating Indiana 2-0 at Ludwig Field. However, it needed other results to go its way, and a Penn State victory allowed the Nittany Lions to win the regular season title.

This season, the fate of the title is in the Terps’ control on the final day.

“It’s just everything we wanted, a big night in Indiana against a good opponent,” Alex Nitzl said after Maryland’s win over Michigan State. “These are the games why you come to Maryland, because you want to play these games and I’m so excited for that … It doesn’t get much better than this.”

The only holdover from a Terps team that won a trophy is redshirt senior defender Nick Richardson, who took his redshirt year during Maryland’s 2018 run to the national championship.

Now, a group of players who have bided their time and a list of new additions will have the opportunity to accomplish something they’ve long set out to do.

“I came here to win championships and help the group do so,” Stefan Copetti said.