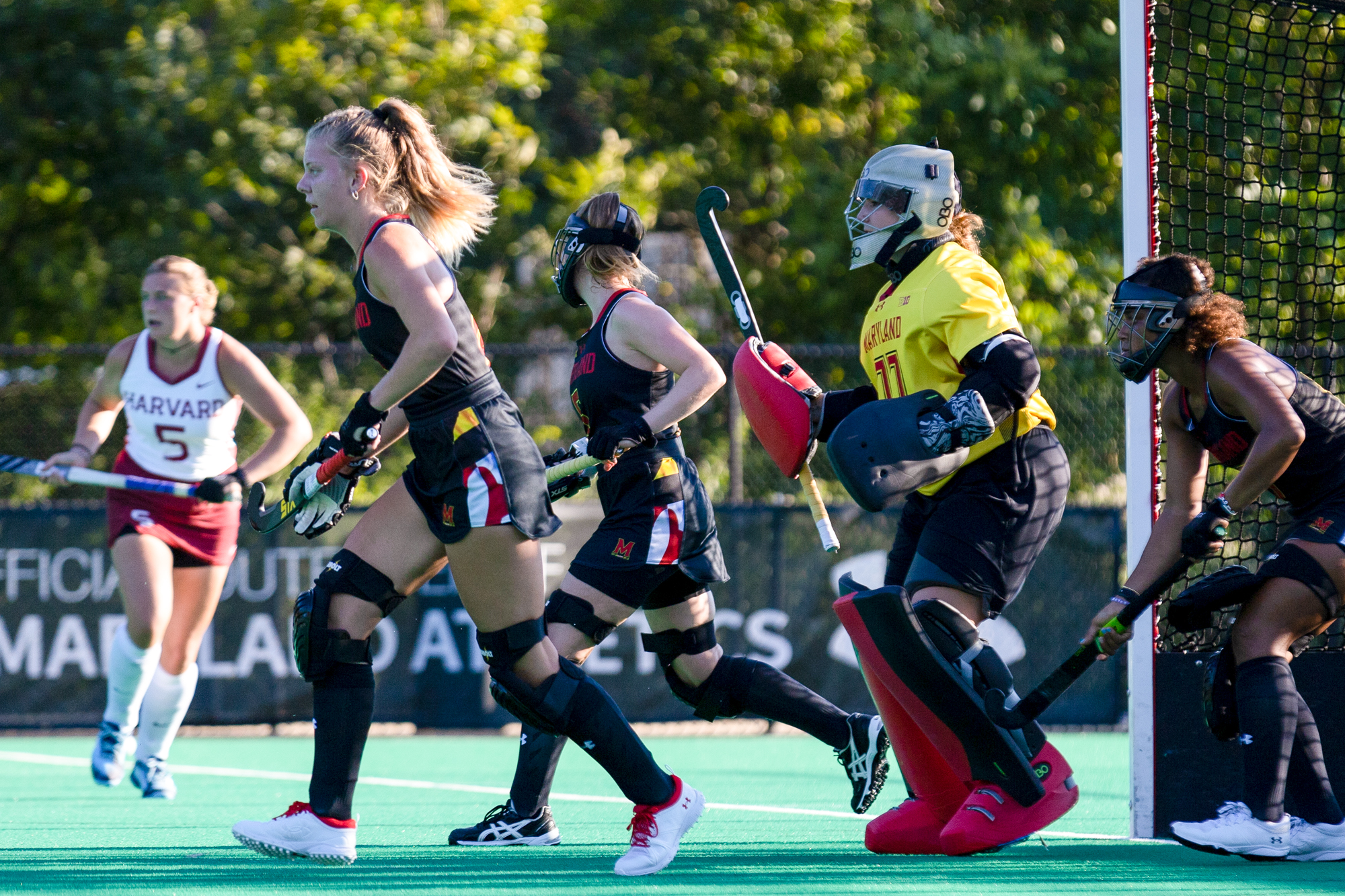 Maryland field hockey exited last week’s match against Penn State not knowing who would start at goalie in its following game against Virginia.

Coach Missy Meharg pulled frequent starter Paige Kieft against the Nittany Lions after she surrendered a season-high four goals in the first half. Christina Calandra entered and allowed just one second-half goal.

Meharg used practice in the following days to determine which of the two would play. The coach ultimately settled on Calandra to make her first start in nearly two months.

The choice proved fruitful as the Terps shut out the Cavaliers in a 2-0 win, Calandra’s second shutout of the year and Maryland’s third. The victory capped off a perfect 10-0 home record for Meharg’s squad in the regular season.

Calandra’s dominant outing in her first opportunity in weeks marks the latest chapter in her and Kieft’s ongoing competition for time in net. While the two have split starts, they haven’t let the contest divide their friendship.

Meharg originally benched Calandra in favor of Kieft after the Terps’ 2-1 win over Harvard Sept. 9, but said the two goalies have been “pushing each other” since January.

Calandra entered the season penciled in as the starter following a fierce competition over the spring and summer. But Meharg turned to Kieft after five games and the sophomore has held the role since.

But when Kieft ran into trouble for the first time, Calandra once again became the answer. She settled down a defense that just allowed three goals in a five-minute span.

“We always talk about staying ready so you don’t have to get ready,” Calandra said. “I knew that I could go in and really communicate well with the defense, organize them well, and I feel like that’s something that maybe was lacking in that game.”

Some could interpret the goalie competition as a hazard to their friendship.

To Calandra, that’s a misconception.

Despite being pitted against each other for playing time, there’s no animosity between the two because they’re able to separate their on-field and off-field relationships.

“I feel like sometimes people think, ‘Oh, they’re fighting for the position and so they’re also fighting with each other,’” she said. “That’s not true. I’m not in any way, shape or form fighting with [Kieft].”

Calandra’s reappearance in the starting lineup marked the end of an 11-game stretch when she played strictly as a substitute. She played in four of the games Kieft started, mostly in the second half of blowout wins.

Yet, she never allowed frustration to fester.

“Maybe if I was younger, I would feel like it would be tougher for me,” Calandra said. “But I feel like I know myself.”

Meharg once again remains unsure about who will start in net for her moving forward. Calandra’s shutout performance against one of the country’s premier offenses in a triumphant return to the starting role heightens the difficulty of her looming decision.

“They’ll keep battling, and we’ll see where we go for Connecticut,” Meharg said.