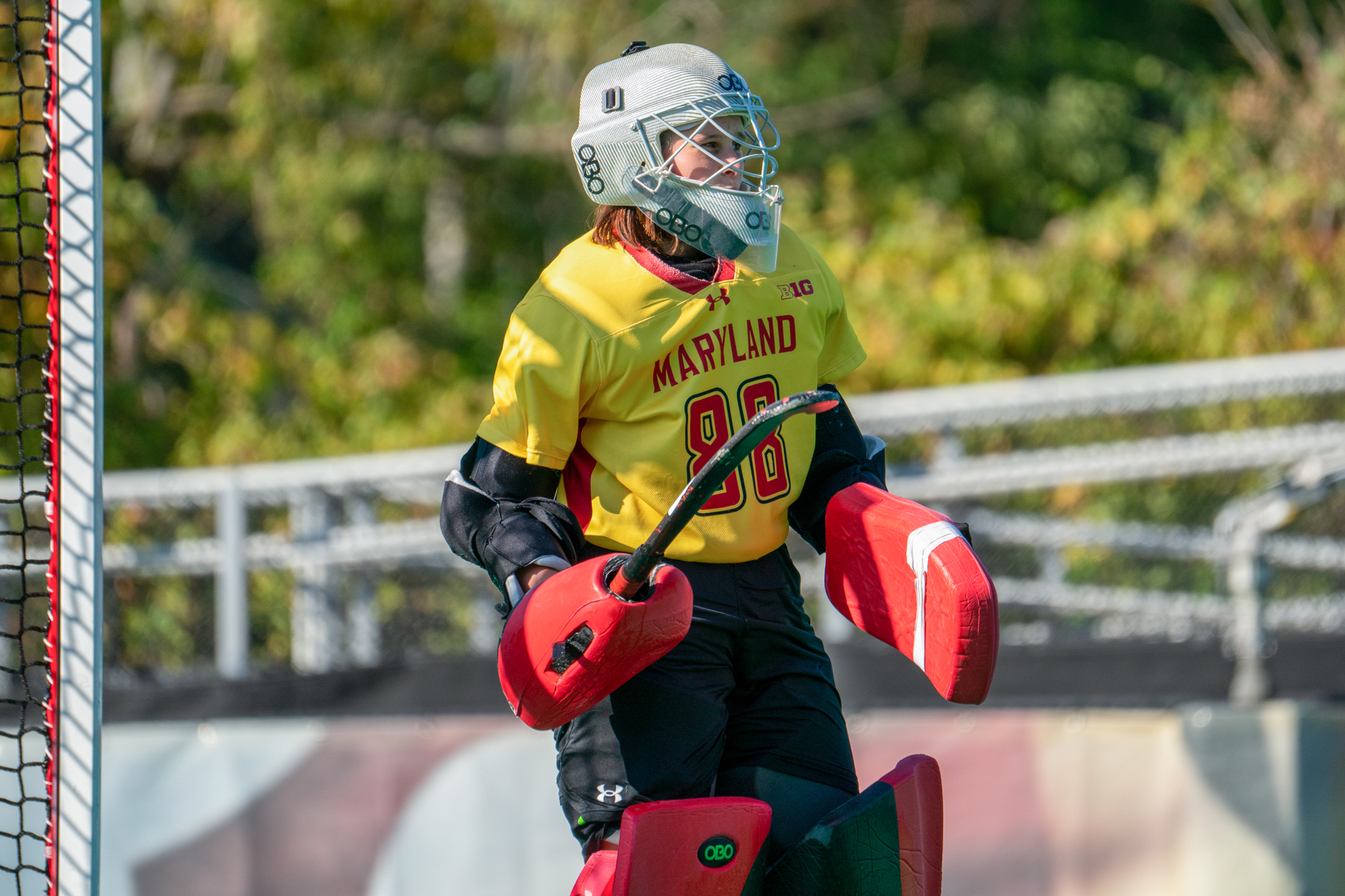 Missy Meharg doesn’t view any team as an obstacle, she said after Maryland field hockey lost to Penn State Friday.

But the reality is, the Nittany Lions have been exactly that for the Terps.

Maryland has now lost three consecutive matchups with Penn State dating back two seasons, losses that have come at crucial points in the season.

Meharg’s upperclassmen, who have battled Penn State numerous times, could have an opposing viewpoint, the coach speculated.

“Maybe that’s something I’ll take responsibility for,” she said.

Instead, the team will have to wait to see if Penn State wins its next game before the title is decided.

Maryland particularly had trouble with the Nittany Lions’ fast-paced attack — one the Terps were already familiar with. Attackers on other teams have not had the caliber of attackers Penn State posed.

The Nittany Lions’ Sophia Gladieux scored twice Friday, her team’s first goal and the team’s third goal of the second quarter to go up 4-1. Penn State frequently capitalized on Maryland turnovers when it tried to move the ball through midfield.

The Terps attempted only seven shots, their fewest made in a game this season.

“Their counter attack was too fast for our backs,” Meharg said. “We had a hard time stepping up and playing defense … We’d like to have some of those opportunities back.”

Friday was Kieft’s 11th consecutive start in net, a role she took from Calandra that she held for the first five games of the season.

“It just seemed like a good time to [switch],” Meharg said. “Christina had a good week and a good warm up. I just felt, for Paige, she needed a break.”

After Kieft matched her previous season high in goals surrendered, Maryland may find itself in a similar goalie conundrum to when Meharg wasn’t sure who she’d go with before the season began.

Penn State has eliminated Maryland from two of the last three Big Ten tournaments. Last season, the Terps were a quick exit after an opening round 3-2 defeat.

Meharg’s squad was the tournament’s sixth seed last season after a 13-5 regular season a year ago. But even as a 1 seed with an opening round bye, Maryland couldn’t overcome the Nittany Lions. Penn State, the fifth seed, took down the first-seeded Terps in the 2019 postseason tournament.

History has shown Maryland failing to topple Penn State, oftentimes in some of the biggest moments of a season.

It’s the lone opponent the Terps haven’t been able to overcome in recent seasons and is now the reason the fate of the Big Ten regular season title is out of Maryland’s control. Despite not wanting to acknowledge it, the Nittany Lions have been the Terps’ biggest obstacle in the conference for multiple years.